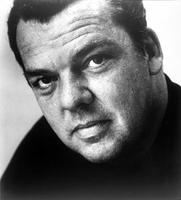 George (Francis, Jr) Crum. Conductor, pianist, arranger, b Providence, RI, 26 Oct 1926, d Newmarket, Ont 8 Sep 2007 naturalized Canadian 1973. Taken to Canada at three, George Crum attended Trinity College School in Port Hope, Ont, where he studied piano and organ 1938-42 with Edmund Cohu. He continued piano studies with Elsie Bennett and Mona Bates in Toronto, and made his recital debut at 16 at the Arts and Letters Club. At the Toronto Conservatory of Music 1943-7 he studied theory and orchestration with Barbara Pentland and Ettore Mazzoleni and opera coaching and conducting with Herman Geiger-Torel and Nicholas Goldschmidt. He also served in the opera department as a coach and assistant to Goldschmidt. Crum was the original chorus master of the Royal Conservatory Opera School (University of Toronto, Opera Division), and he made his conducting debut in 1948 in that company's production of Faust. He continued with the company as coach and assistant conductor 1948-51 and also worked in 1949 and 1950 with the Opera Nacional de Centro-America in Guatemala.

During the 1950s George Crum served as coach and chorus master for CBC radio opera broadcasts. In 1951, at the invitation of Celia Franca, he became music director of the newly formed National Ballet of Canada. Crum married the Canadian soprano Patricia Snell the same year. During his lengthy association with the National Ballet, he provided the company with many orchestrations eg of Giselle and Offenbach in the Underworld. He guest-conducted CBC opera telecasts, and opera and symphony performances in Canada, the USA, Japan, and Europe. In 1952 he served as an opera coach at the Salzburg Festival under Furtwängler; in May 1953 he conducted the CBC Opera Company in Don Giovanni, the first full-length opera telecast in North America; and in 1969 he conducted at the opening of the National Arts Centre. In 1972 he received the Celia Award in recognition of his services to ballet in Canada.

In 1980 Crum served as Canada's cultural emissary to Mexico during ceremonies marking the inauguration of President Miguel de la Madrid. Crum retired from the National Ballet in 1984, and was named its music director emeritus. He appeared as its guest conductor on a number of occasions including some of the 25th anniversary gala performances and for Veronica Tennant's farewell performance of Prokofiev's Romeo and Juliet 12 Feb 1989. He also prepared musical arrangements and guest-conducted for other ballet companies including the Joffrey Ballet of New York and the Ballet Teatro of Mexico City. George Crum should not be confused with the American composer George Henry Crumb (b 1929). 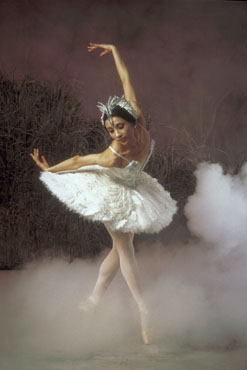