George Weston Limited’s beginnings go back as far as 1882, when George Weston, a Toronto bread salesman and former baker’s apprentice, went into business by purchasing a bread route from his boss. In 1884, he bought out his employer’s bakery. At least four expansions followed as the popularity of Weston’s Real Home-Made Bread grew. In time, Weston introduced modern production methods, such as mechanical mixers, to his facilities. He eventually renamed his bakery G. Weston’s Bread Factory (see Baking Industry). 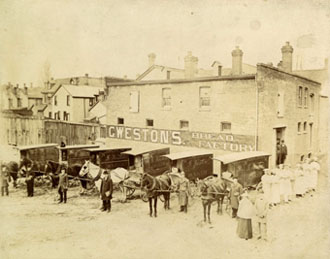 George Weston's first bakery, at 1 and 3 Sullivan St, Toronto, ca 1895. Bread route salesmen stand ready with their wagons, while bakers are to the right and Emma Maud and George Weston (married 1889) are in the right foreground (courtesy Weston Corporate Archives, George Weston Limited).

In 1897, he opened Weston’s Model Bakery, which boasted state-of-the-art equipment and processes. Its initial output was 20,000 loaves per week, with a capacity for 40,000. A price war among bakers followed, with competitors attempting to undercut Weston’s prices. In retaliation, Weston left the local bakers’ association and undercut his competitors by 2¢, thereby breaking an agreement that set a common price for a loaf of bread. As a result, bread prices in Toronto went down even more. Despite the price drop, Weston prospered, delivering bread to 38 towns and cities in Ontario. By the turn of the century, George Weston had become Canada’s biggest baker.

Early in the 1900s, Weston began making biscuits, which became an increasingly important part of the business. In 1911, Weston amalgamated his bread business with several Canadian bakers to form the Canada Bread Company. The partner companies of that operation signed an agreement to stay out of the bread business for 10 years. During that time, George Weston Ltd. shifted its focus to biscuits, opening a Weston’s Biscuit Factory at the corner of Peter and Richmond streets in Toronto. In 1921, with the 10-year agreement at an end, George Weston returned to the bread business. He continued to head the company until his death in 1924, when he was succeeded by his son Willard Garfield Weston.

While serving overseas during the First World War, Garfield Weston had toured the famous British biscuit factories and was sure that a similar product could be marketed in Canada. After he returned home, he had convinced his father to import biscuit-making equipment from England, and in 1922 Weston’s English Quality Biscuits were launched.

​W. Garfield Weston became president of George Weston Limited at age 26. He is credited with aggressively expanding and modernizing the company. In 1928, he brought Weston public and purchased William Paterson Limited, a biscuit manufacturer in Brantford, Ontario, and another outside of Boston. Backed by American financiers, he took the business into overseas markets during the Great Depression of the 1930s, purchasing biscuit and bread factories in the United Kingdom. 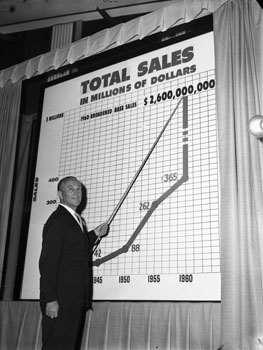 Weston modernized those new production facilities and imported Canadian wheat in an effort to increase its demand, which was hard-hit by the Depression (see also Canadian Wheat Board). He also began mass marketing a more affordable biscuit to the British public. Within a few years, the Canadian press was calling him “Britain’s biggest baker.” He also continued to expand operations in North America, buying bankrupt competitors and opening new plants.

During the Second World War, George Weston Ltd. continued to expand, purchasing more bakeries and biscuit manufacturers. In 1944, it acquired Western Grocers, a wholesale food distributor in the Prairie provinces that oversaw more than 675 Red and White grocery franchises. But with both Canada and Britain at war, the baking side of the business struggled at times to maintain production due to labour shortages and lack of ingredients such as sugar. During this period, much of its production went to the war effort. 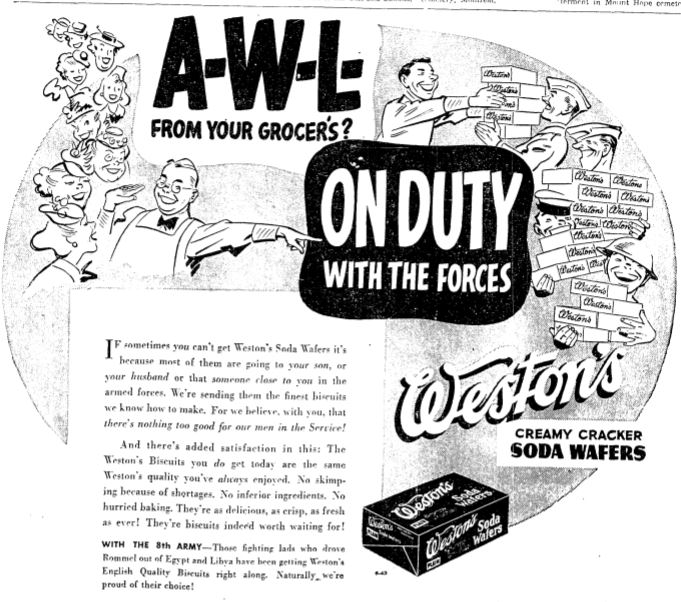 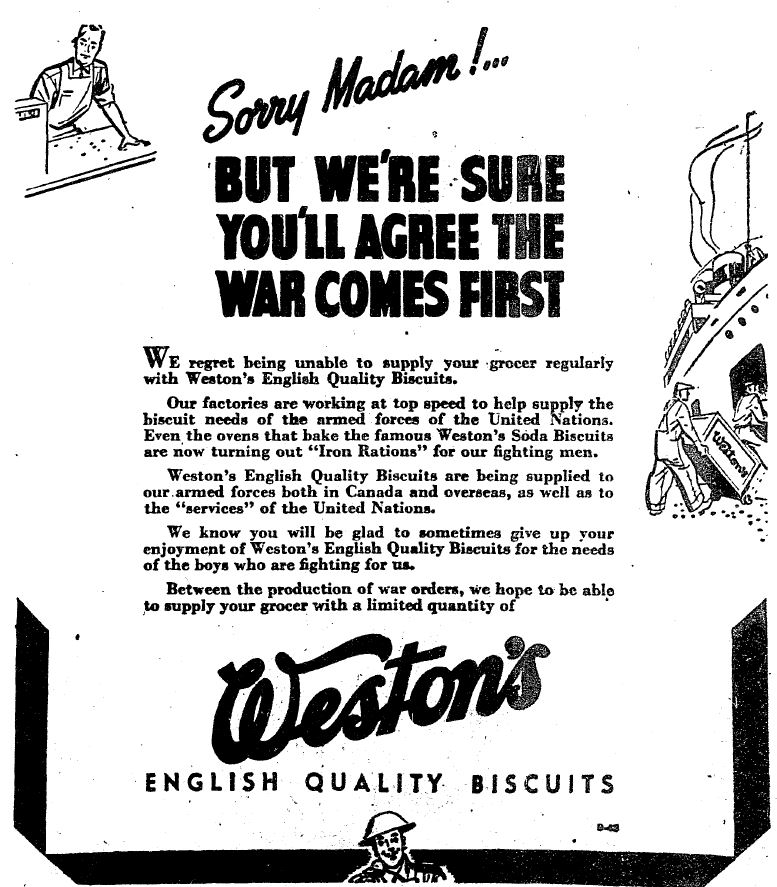 After the Second World War, the company embarked on a period of expansion and acquisition. In 1947, it acquired William Neilson Limited, a confectioner that produced chocolate and dairy products. About this time, Weston started buying shares in Loblaw Groceterias, one of the country’s biggest grocery chains. By 1953, Weston had gained controlling interest in the company, which in time became its leading asset.

In 1956, Loblaw Companies Limited was incorporated to handle the grocery side of George Weston Ltd. and over the decade that followed, Loblaw acquired several food distributors and grocery chains across Canada and the US: National Grocers of Ontario in 1955; National Tea, an American chain, in 1956; Kelly, Douglas and Company in 1958; Atlantic Wholesalers in 1960; and, the Zehrmart chain in 1963.

Weston diversified its holdings in the early 1960s, when it purchased BC Packers, a fish processing company, in 1962, and Connors Brothers, a herring and sardine packer, in 1967 (see also Fisheries).

The company’s rapid growth had slowed down by the 1970s, when George Weston Ltd. began to reorganize its operations and hired new management. In 1972, with too many small, failing stores and the rapid loss of market share in Ontario, Loblaws faced mounting debt and looming bankruptcy. In an attempt to turn the company around, ​Garfield appointed his youngest son, W. Galen Weston, as CEO of Loblaw Companies Ltd. Before he was called home to the family business, Galen had built a successful chain of grocery stores in Ireland. Under his leadership, Loblaw’s operations were streamlined to ease the effects of its many acquisitions.

Loblaws closed stores that were no longer viable — including almost half its Ontario locations — rebranded its corporate image and redesigned its stores. Shortly after they were reinvigorated, individual store sales would increase two and sometimes threefold. Aided by the runaway success of two generic in-house brands, No Name (launched in 1978) and President’s Choice (1984), Loblaws’s turnaround was a success. By the 1980s, Loblaws had become the largest and most profitable grocery retailer in Canada.

While Loblaw Companies was being overhauled, Galen Weston oversaw a similar consolidation in the food processing and resource sides of the business, opening the Weston Foods subsidiary in 1986. The company reorganized its diverse portfolio of assets while responding to changing economics, including a recession and free trade agreements of the late 1980s and early 1990s. Over the coming decades, the company exited resource-based industries such as paper products, fish processing and flour milling. In 1988, it sold its Canadian biscuit operations for $120 million.

In 2001, Weston acquired Bestfoods Baking Co. for nearly US$1.8 billion. In 2008, Weston announced the sale of many of its American baking companies, including Bestfoods, to Grupo Bimbo, a Mexican bakery conglomerate, for US$2.5 billion, the biggest deal in the history of George Weston Limited. Also in 2008, Weston sold Neilson Dairy to Saputo Inc. for $465 million. George Weston Ltd. maintained Weston Bakeries in Canada and Interbake and Maplehurst Bakeries in the US. In 2010, Weston purchased Keystone Bakery for US$185 million and ACE Bakery for $100 million. 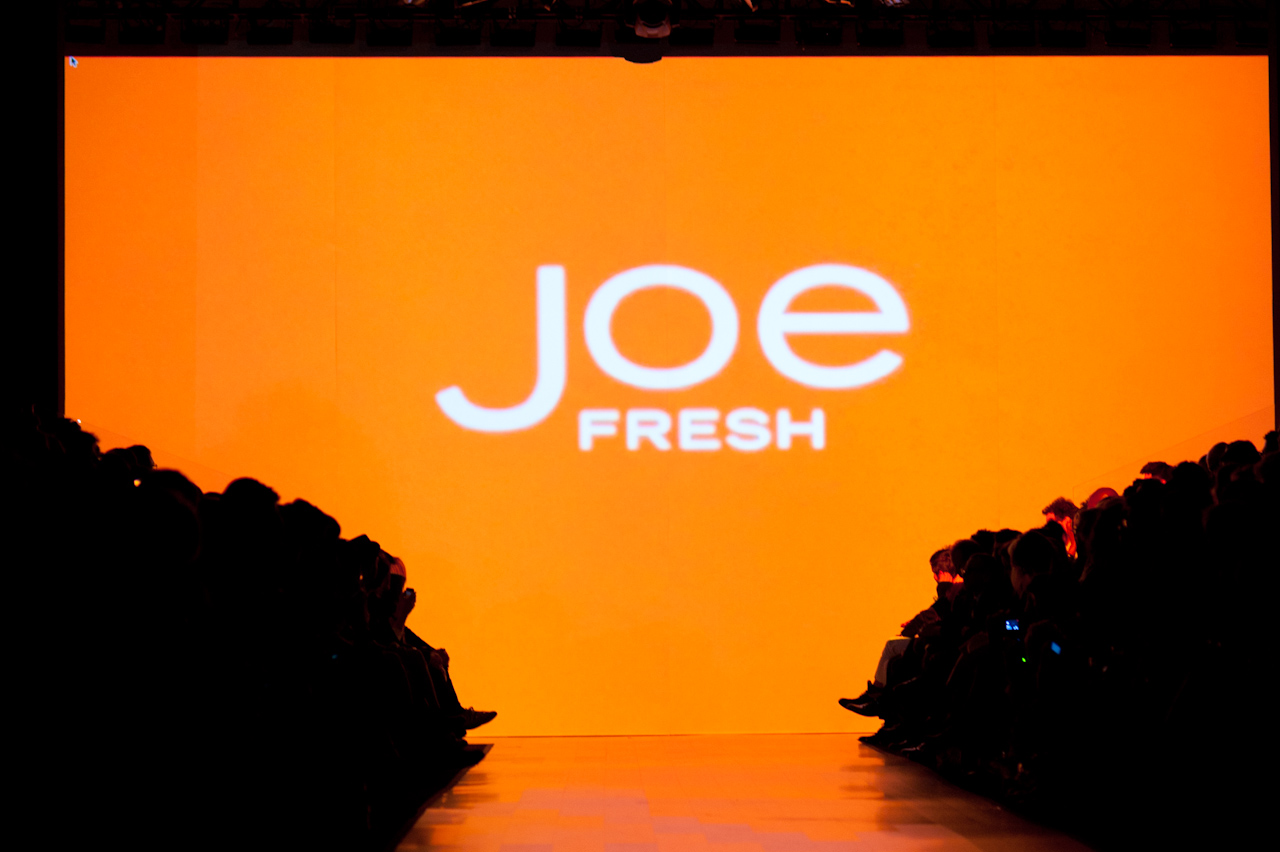 In March 2014, George Weston Ltd. completed its acquisition of Canadian pharmacy and retail chain Shoppers Drug Mart for $12.4 billion. Shoppers became a separate division of Loblaw and began to stock President’s Choice and No Name products, as well as more fresh foods in select stores. The deal helped Loblaw more than double its profit in the last quarter of 2014 compared to the same quarter the previous year.

At the end of 2017, Weston Foods began a multi-year transformation plan that involved eliminating at least 800 bakery products from its line. The division’s sales fell during the plan’s first year, prompting George Weston Ltd. to slow its implementation. Ultimately, the transformation is designed to strengthen Weston Foods’ position in the baking industry.

In 2018, Loblaw sold its Choice Properties division to George Weston Ltd. in a reorganization that saw the real-estate trust become the parent company’s third subsidiary. Choice Properties owns, manages and develops retail and commercial properties across the country, including stores operating under various Loblaw banners.

On 23 March 2021 George Weston Ltd. reported that it would sell the bakery segment of Weston Foods and focus on its retail and real estate businesses. On 26 October 2021, it was announced that Weston Foods fresh and frozen bakery businesses would be sold to FGF Brands Inc. for $1.2 billion. The transaction, which is expected to close before the first quarter of 2022, did not include cookies, crackers, cones and wafers. George Weston Ltd. plans to sell these remaining segments of the business.

On 19 December 2017, George Weston Ltd. and Loblaw Companies Ltd. revealed that both companies had participated in a bread price fixing scheme between 2001 and 2015. According to George Weston Ltd., the price fixing arrangement was organized industry-wide, with companies coordinating regular price increases together. Amounting to “consumer fraud” in the eyes of the Canadian Competition Bureau (see Competition Policy), price fixing occurs when two or more companies in a free market agree to either raise, lower or set the price of a particular good. Since companies alter their prices to remain competitive with others, price fixing is often difficult to detect; therefore, the Competition Bureau usually relies on a company to come forward. In this case, Weston and Loblaw came forward in 2015, when they alleged they first learned of the scheme. They cooperated with the Competition Bureau in exchange for immunity, which protected both companies from any fines or other penalties, including jail time. To assuage consumer outrage, Loblaw offered shoppers $25 gift cards. In late 2017, two $1-billion class action lawsuits were filed against Weston, Loblaw and several other companies believed to be part of the scheme. 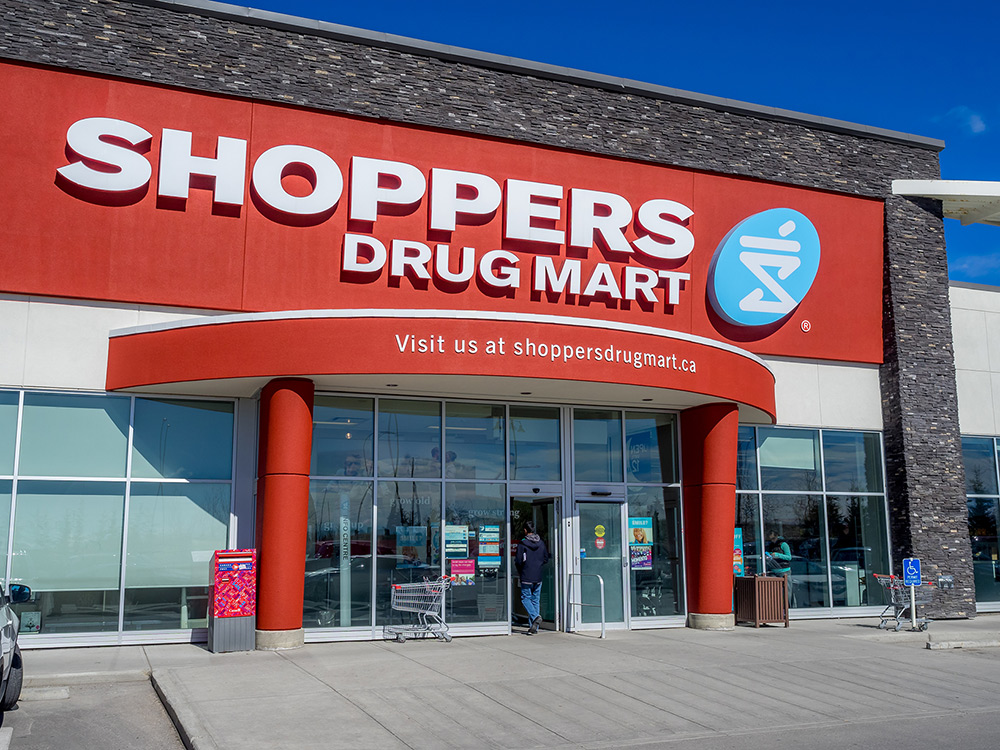