According to the most recent Statistics Canada census (2016), there are 165,095 Haitians living in Canada, slightly more than 86 per cent of whom live in Quebec.

According to the most recent Statistics Canada census (2016), there are 165,095 Haitians living in Canada, slightly more than 86 per cent of whom live in Quebec.

Haitian Immigration in the 20th Century

Haitians first came to Canada in the 1930s. Young members of the Haitian middle class or bourgeoisie came to Quebec to study at its universities. One of these students was Philippe Cantave who, during his stay in the province, founded the first Canadian Haitian Association. During the 1950s, the number of Haitians coming to study in Montreal increased significantly. Once they had completed their studies, these young people usually returned to Haiti.

Vély Leroy, who began his studies at the École des Hautes Études Commerciales de Montréal in 1954 wrote: “As I recall, in the late 1950s and early 1960s, Montreal saw the arrival of Haitian students in optometry, civil engineering, law, social sciences, and microbiology.”


During the 1960s, there was an influx (particularly in Quebec) of Haitian immigrants who came with the intention of staying. (See Immigration to Canada.) Most of these were political exiles. (See Refugees to Canada.) This cohort came from the intellectual and professional classes, who were fleeing the dictatorship of François Duvalier. Some of them, such as Anthony Phelps and Émile Ollivier, were renowned writers. Others, such as Dr. Yvette Bonny, who performed Quebec’s first bone transplant in 1980, and Dr. Jean-Claude Fouron who, in 1989, established the first fetal cardiology unit in Canada at Sainte-Justine hospital, contributed to advances in medicine. Still others taught at Université du Québec à Montréal, Université de Montréal and McGill University.

The Haitian community in Canada remained small until the end of the 1960s. In 1968, it represented 0.25 per cent of Canada’s landed immigrants. Ninety-three per cent of Haitian immigrants chose to live in Quebec, which was a destination of choice due to the use of French and the importance of Catholicism. Haitian immigration increased exponentially in the early 1970s. In 1973 and 1974, Haitians ranked first among all of the migratory groups who came to Quebec. On average, these immigrants were much younger than those in the first cohort in the 1960s, but were also less educated. Initially, they performed low-paying jobs and had to deal with racism and discrimination.

In 1972, organizations such as the Maison d’Haïti and the Bureau de la communauté haïtienne de Montréal (BCHM) were established in Montreal to help the new immigrants integrate into Canadian life. (See Immigration to Canada.) The community groups also took part in the struggle against the discrimination experienced by some workers, in particular, taxi drivers. (See Haitian Taxi Drivers' Struggle Against Racism in the 1970s and 1980s in Montreal.) In the early 1980s, members of the Haitian community had to deal with thinly veiled racism. They could not donate blood because the Canadian Red Cross Society claimed, without providing concrete evidence, that they were carriers of the AIDS virus. In collaboration with the two organizations mentioned above, the Association of Haitian Physicians Abroad (AMHE) and the Ralliement des infirmières et infirmières auxiliaires haïtiennes de Montréal spared no effort in denouncing this discriminatory label. All of these organizations played an important role in organizing the community. The important community leaders of the time included Paul Déjean and Karl Lévêque, founders of the BCHM; Max and Adeline Chancy, of the Maison d’Haïti; Jean-Claude Icart, sociologist and community advocate; Drs. Anthony Alcindor, Louis Roy, Ernst Cresseau, etc.

From the early 1970s, the foremost Haitian intellectuals living in Montreal published a variety of novels and essays, as well as magazines and newspapers. Bonds of friendship and solidarity developed between Haitian writers and Quebec writers. (See also Literature in French; Foreign Writers in French.)

Since the 1970s, a number of restaurants specializing in Haitian cuisine have opened in Montreal, including on the North and South shores.

During the 1980s, other organizations were created, such as the Association des Enseignantes et Enseignants Haïtiens du Québec (AEEHQ), the Association des ingénieurs et scientifiques canado-haïtiens, and the Centre International de Documentation et d’Information Haïtienne, Caribéenne et Afro-canadienne (CIDIHCA). The latter played a central role in creating an archival collection of rare documents regarding the history of Haiti and the Caribbean. The Centre also published a number of literary works by Haitian authors, as well as historical works regarding the region. It was during these years that Dany Laferrière began his celebrated career as an author. In 2013, he became the first Canadian to be elected to the Académie française.

During the 2000s, CPAM (a radio station primarily targeting the Haitian community) was established in Montreal.

A number of young people of Haitian origin are major contributors to the artistic scene. In 2020, Kaytranada won two Grammy awards for his recording of 10% and his album Bubba. (See also Polaris Music Prize.) Other singers are contributing to the development of the Quebec rap style. Particular mention should be made regarding the triumph of having the work of young painter Manuel Mathieu accepted by the Montreal Museum of Fine Arts, which acquired one of his canvases in 2017 and held an exhibition of his work in 2020. His work has also been exhibited in a number of museums in various European capitals.

In Toronto, a Haitian community is tentatively emerging. According to the 2016 census, it numbers 5,145. It already has its own organization, the Sylvenie Lindor Foundation, whose mandate is to help black youth from francophone backgrounds succeed in Toronto society.

A number of members of the Haitian community have had distinguished political careers. It's the case of the first Black Canadian mayor, Saint-Firmin Monestime, who was elected in 1964. Vivian Barbot was a President of the Fédération des femmes du Québec (2001-2003). She was also the first Haitian woman to be elected to the House of Commons (2006-2008). Michaëlle Jean was the governor general of Canada (2005-2010) and subsequently became secretary general of La Francophonie (2014-2019). (See Francophonie and Canada.) Dominique Anglade has been the leader of the Quebec Liberal Party since May 2020. 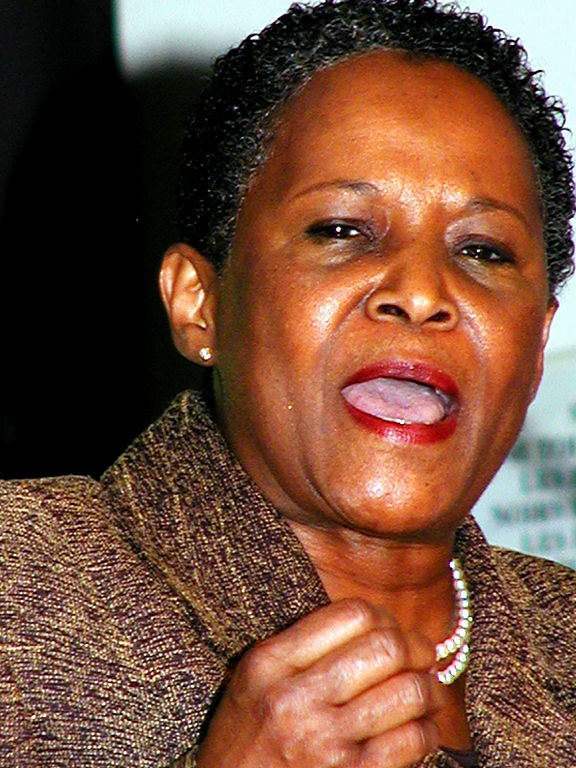