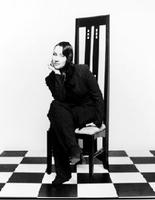 (photo by A. MacNaughton/courtesy Alert Music)

Holly Jean Cole, singer (born 25 November 1963 in Halifax, NS). One of the best-selling jazz artists ever to emerge from Canada, Holly Cole is a jazz singer with a wry, sassy attitude and a deconstructive approach to her minimalist arrangements. A talented interpretive artist, Cole tends to foreground the subtext of a song while playing with genre and structure, sometimes to satirical effect. She was one of the first in a resurgence of female jazz singers interpreting contemporary pop songs, and has been especially successful in Japan. Known for her smoky contralto voice, slightly arch stage persona, and eccentric intonations and phrasings, she has had one platinum and five gold albums in Canada and won two Juno Awards for best jazz album.

The daughter of CBC Radio personality Leon Cole and arts administrator Carolyn Cole — both classically trained pianists — Holly Cole grew up in a musical household. She competed in equestrian sports in her teens and fell in love with jazz, particularly Sarah Vaughan, when she was 16 and visited her brother at Berklee College of Music in Boston, where he was studying jazz piano. She developed her singing career in Toronto in the early 1980s — a particularly rich time in the history of the city’s music scene — studying vocal jazz technique at Humber College and immersing herself in the bar and jazz club scene. She eventually landed gigs performing backup vocals for the groups Canadien Club, Whitenoise, Parachute Club and Vital Sines.

In 1986, she formed the Holly Cole Trio with pianist Aaron Davis and bassist David Piltch. With its cool elegance, the trio quickly established itself and built an audience attracted by Cole’s distinctive talents. The trio signed with Toronto’s Alert Music and released the EP Christmas Blues (1989), which was quickly followed by the band’s debut album, Girl Talk (1990). Produced by Peter Moore (Cowboy Junkies, Lucinda Williams), Girl Talk led to an international distribution deal with seminal jazz label Blue Note Records in May 1991, and earned gold certification (50,000 units sold) in Canada. Cole received a 1991 Juno nomination for best new female vocalist.

In 1992, the trio released Blame It on My Youth, which also went gold in Canada and, most notably, sold more than 100,000 copies in Japan, where the single “Calling You” was a Top 10 hit and one of the most requested songs on Japanese radio that year. In 1993, the Holly Cole Trio won Japan’s Grand Prix Gold Disc Awards (the Japanese equivalent of the Juno Awards) for Best New Artist and Best Jazz Album.

The Trio’s follow-up album Don’t Smoke in Bed (1993) followed a similar formula and yielded another strong single, a languid remake of Jamaican singer Johnny Nash’s “I Can See Clearly Now.” The video for the song was put into heavy rotation on MuchMusic and earned a Juno nomination for Best Video. The album went platinum in Canada, reached No. 7 on the Billboard Contemporary Jazz chart, and won a Juno Award for Best Contemporary Jazz Album, in 1994. Girl Talk was also re-released internationally that year. In 1994 and 1995, the Trio received Gemini Awards for their performances in Global Television’s “Holly Cole Trio, My Foolish Heart” and MuchMusic’s “Intimate and Interactive with Holly Cole Trio.”

Though she continued to record and perform with Davis and Piltch throughout her career, Cole abandoned the “Trio” moniker for a solo persona beginning with her 1995 album Temptation, a record of songs by Tom Waits that featured more than a dozen musicians. It achieved gold status in Canada and was followed by the live album It Happened One Night (1996), which saw Cole performing songs by Waits, Cole Porter, Stephen Sondheim, Hank Williams and others during a performance at the Théâtre St-Denis in Montréal.

Cole moved more firmly into a pop vein during this period, covering songs by Sheryl Crow, Randy Newman, Paul Simon and Prince. Dark Dear Heart (1997) marked a full-scale plunge into the genre. Produced by Joni Mitchell’s frequent collaborator Larry Klein, the album produced a hit cover of The Beatles’ “I've Just Seen a Face” and was certified gold in Canada. In an effort to legitimize her as a jazz artist in the face of criticism for her eclectic choices, Blue Note included her rendition of Oscar Brown Jr’s “Hum Drum Blues” — performed with first-rate jazz players Mulgrew Miller (piano), Javon Jackson (saxophone) and Bill Stewart (drums) — on the Bob Belden compilation album Shades of Blue (1996).

Romantically Helpless (2000) mixed contemporary songs by Simon, Newman, and Laura Harding with classics like Sammy Cahn and Jimmy van Heusen’s “Come Fly with Me.” The album expanded Cole’s band to include guitarist Kevin Breit and bassist George Koller — it also went gold in Canada. Cole then shifted more predominantly back to standards and began building albums around specific themes. Baby It’s Cold Outside (2001) presented a set of Christmas music, while the summer-themed Shade (2003) featured songs like Irving Berlin’s “Heatwave,” Cole Porter’s “Too Darn Hot,” and Brian Wilson’s “God Only Knows.” Shade earned wide critical praise and was named Vocal Jazz Album of the Year at the 2004 Juno Awards.

Holly Cole (2007) included covers of songs by Henry Mancini, Berlin and Porter. Produced and arranged by bass guitarist Greg Cohen (whose credits include work with David Byrne, Ornette Coleman, Lou Reed and Bob Dylan), the album earned a 2008 Juno nomination for best vocal jazz album. The recording of Cole’s next album, Night, which had begun in Tokyo in early 2011, was postponed due to the massive earthquake in March that year. The album was released in 2012 to critical acclaim. In 2013, Cole received the Montreal Jazz Festival's Ella Fitzgerald Award in recognition of her “versatility, improvisational originality and quality of repertoire.”

Cole has toured widely and consistently, both in Canada and internationally, since her first international releases in the early 1990s. In Canada, she established a pattern of extensive tours during the winter holiday season, frequently culminating with large-scale Christmas concerts in Toronto and a New Year’s Eve gala at the National Arts Centre in Ottawa. In 2004, her annual holiday trek included a touring symphony orchestra.