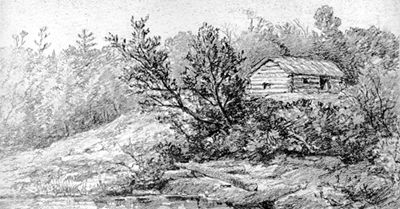 Settlers took up land in the area after surveys of the township in 1862 and extension of the Muskoka road to the site in 1870. Captain George Hunt, for whom the town is named, first visited in 1868 and settled here in 1869. He was superintendent of the road, the first postmaster and opened the first store. The railway arrived in 1885 and, with a population of 400, the village was incorporated the following year. The export of local white pine supported 6 sawmills in the town at one time.

Huntsville still has a small lumber industry, but it is sustained primarily by the year-round tourist trade, having easy access to the Lake of Bays resort area to the southwest and to ALGONQUIN PROVINCIAL PARK some 30 km northeast. Madill Church, 6 km south, is one of the few remaining pioneer square-timber churches; it was built 1872-73 by Wesleyan Methodists.