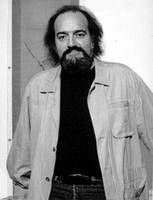 John Rea, composer, teacher (b at Toronto 14 Jan 1944). His teachers included John WEINZWEIG, Gustav Ciamaga, Milton Babbitt and Peter Westergaard. He obtained a PhD from Princeton University (1978), began teaching composition, music theory and music history at the Faculty of Music of McGill University in 1973, becoming full professor in 1986 and dean of the faculty from 1986 to 1991. He was a founding member of the Traditions musicales du monde and the Montréal new music society Evénements du Neuf (1978-98), and is a member of the executive committee of the Société de musique contemporaine du Québec. He currently holds an editorial position with the French-language new music journal Circuit. His works have been published by Doberman and Universal, the latest edition being his re-orchestration of Alban Berg's Wozzeck (1999). Rea has also published articles on a variety of subjects, both literary and musical, has lectured extensively, and has had his works featured on several recordings and performances in Canada, the US and Europe. Events at which his compositions have been presented include the New Music America Festival in Philadelphia, L'Itinéraire and the Festival Musica in France, the Festival de Liège in Belgium, the Holland Festival, and the festivals of the Society for Contemporary Music (ISCM) in Denmark, Canada and Sweden.

His numerous commissions include Treppenmusic (1982), Over Time (1987) and Las Meninas (1990-91). He was composer-in-residence in Mannheim (1984) and for the Italian summer festival Incontri in Terra di Siena (1991). Recent compositions include incidental music for the play Urfaust-tragédie subjective for Théâtre UBU (Montréal/Weimar 1999); a work for chamber choir entitled Music, According to Acquinas, which was premiered in Vancouver (2000); and a music-theatre work about harpsichordist Wanda Landowska, which was premiered in February 2001.

Rea has composed in several genres, including chamber music, music-theatre, electroacoustic music, orchestral, ballet, choral and opera. His music incorporates a variety of styles and influences and frequently evokes historical European music and non-Western music. His compositions, which also include scene music, refer often to literary works or to philosophy and thought, and feature an interplay between fantasy and reality. Rea has won the Jules Léger Prize for New Chamber music on 2 occasions: in 1981 for Com-possession and in 1992 for Objets perdus.