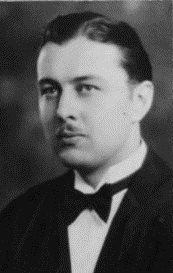 Joseph-Mignault-Paul Sauvé, premier-designate of Québec and leader of the Union Nationale party (born 24 March 1907 in Saint-Benoît, Québec; died 2 January 1960 in Saint-Eustache). Despite his brief tenure, which lasted only from September 1959 until his death, he ushered in a period of profound political and social change in Québec.

The son of Arthur Sauvé, a Conservative politician active both federally and provincially, Paul Sauvé studied at the Séminaire de Sainte-Thérèse, Collège Sainte-Marie, and the Université de Montréal. He was called to the Québec Bar in 1930.

A member of the Reserve as of 1931, Sauvé fought overseas in the Second World War as second-in-command of the Fusiliers Mont-Royal during the Battle of Normandy. He received the French Croix de guerre in 1946. Promoted to the rank of brigadier in 1947, he also pursued an active political career.

From Member to Premier

In a 1930 by-election, Paul Sauvé won a seat as a Conservative member of the Legislative Assembly of Québec for the riding of Deux-Montagnes. His father, who led the Conservative Party of Québec from 1922 to 1929, had represented the riding from 1908 to 1930.

Though he was defeated in the 1935 election, Sauvé played a major role in creating the Union Nationale, under whose banner he won and retained his seat from 1936 to 1956. He was Speaker of the Legislative Assembly from 1936 to 1940. He then served as minister of Social Welfare and minister of Youth from 1944 to 1960, a fact that clearly illustrates the stability of the Duplessis governments. In 1944, controversy surrounded the creation of the Department of Youth. Cardinal Villeneuve and a number of bishops worried that the new department would infringe upon the prerogatives of the Conseil de l’instruction publique (council on public education), which was dominated by the Church. Maurice Duplessis placated the bishops, and Minister Sauvé would not significantly interfere in matters of public education until he became premier of Québec.

In 1955, during a ceremony held in Saint-Eustache to mark his 25th year in public life, Maurice Duplessis made Paul Sauvé his successor. Sauvé was acclaimed leader of the Union Nationale when Duplessis died in 1959. He remained minister of Youth and Social Welfare while he was premier.

Premier Sauvé quickly showed that change was about to take place by uttering one word that would become famous throughout Québec: “désormais” (“from now on”). He reportedly used the word at the beginning of every speech to signal the end of the Duplessis era and the change in political direction. According to a number of observers, Paul Sauvé’s “100-day” tenure marked the beginning of the Quiet Revolution because it launched a period of transformative change and resolved outstanding issues. Sauvé announced that the government would become more involved in education and social policy. He undertook reforms to increase funding to educational institutions and ensure that funding would no longer be discretionary. In contrast to his predecessor, he also negotiated with the federal government to obtain grants for universities. Sauvé’s leadership was not unequivocally characterized by change, however — most of the ministers from the former Duplessis government were reappointed.