Kitsilano, a 549 ha waterfront section of VANCOUVER, incorporated into that city in 1886. It stretches south from English Bay to 16th Avenue and east from Alma to Burrard street.

Named by the Canadian Pacific Railway after the famous Squamish chief Khahtsahlanogh, the area filled with single-family dwellings in 2 phases, 1905-12 and after 1932. German, Sikh and Greek immigrants have settled there, and some industry was established after World War II.

As apartment buildings replaced houses in the older northeastern corner from the mid-1950s on, Kitsilano became a centre of transient youth, culminating in the emergence between 1967-69 of 4th Avenue as Vancouver's "Hippie Haven," attracting thousands of young people. In succeeding decades, shops selling psychedelic paraphernalia have given way to upscale stores and restaurants. Apartment blocks and townhouses are replacing older housing stock. 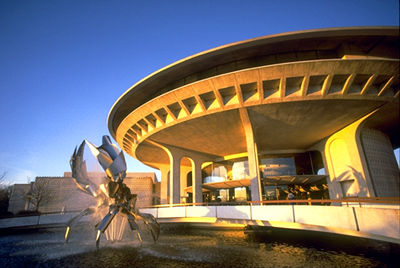 Kitsilano is home to the H.R. Macmillan Planetarium as well as the Maritime Museum, and the Gordon Southam Observatory (courtesy Canadian Tourism Commission).

Kitsilano's beachfront parks house the Museum of Vancouver, the Vancouver Maritime Museum and the H.R. MacMillan Space Centre. A 137-metre long, heated saltwater pool adjoins Kitsilano beach, one of the most popular summertime venues in the city.