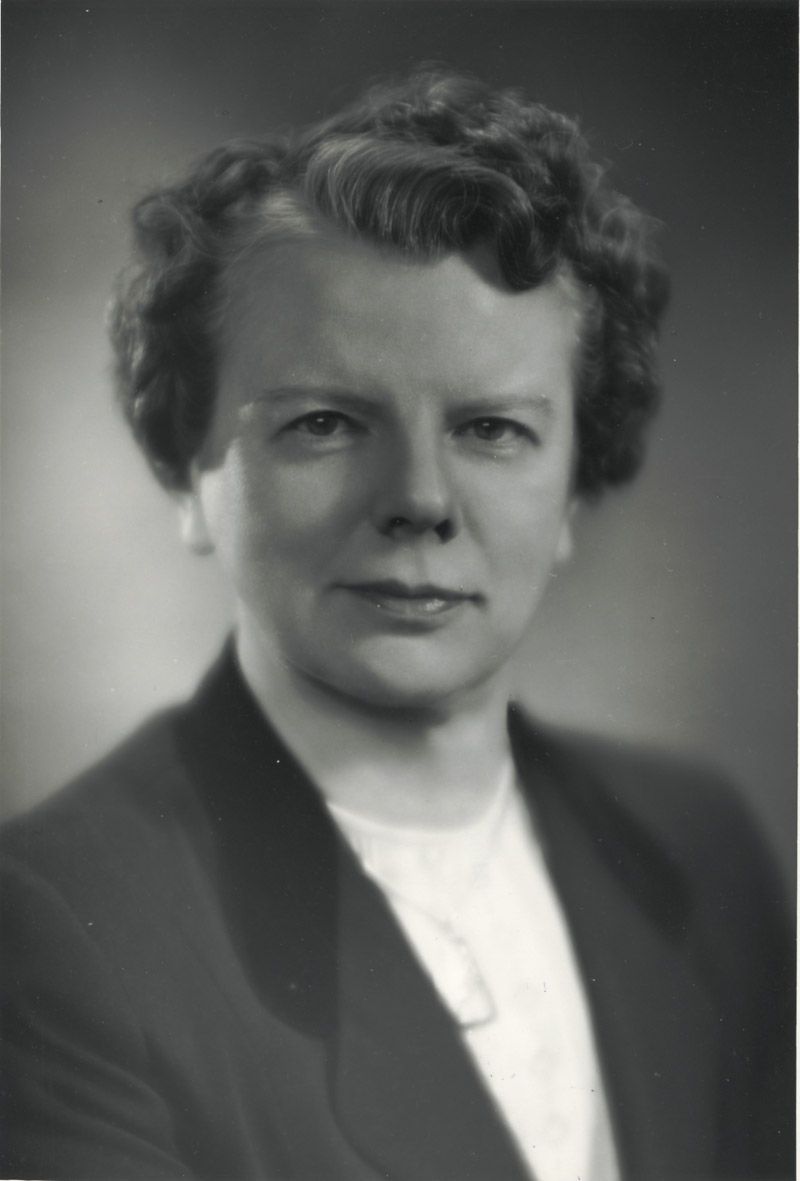 Leone Farrell was born on 13 April 1904 in the small farming community of Monkland (near Ottawa) but grew up in Toronto. She graduated from Parkdale Collegiate Institute, earning a scholarship in science and academic prizes in English and history. She then studied chemistry as an undergraduate at the University of Toronto, followed by studies in zymology, focused on the chemistry of fermentation, to complete an MA degree in 1929.

In 1929–31, Leone’s master’s work led to a research project on the microbiology of honey at the National Research Council of Canada’s Central Experimental Farm in Ottawa. She then spent a year at the London School of Hygiene & Tropical Medicine in the United Kingdom to study the metabolism of fungi in penicillin. She returned to Canada to complete her PhD in biochemistry at the University of Toronto in 1933 under the supervision of William Lash Miller, a world pioneer in chemistry. Farrell continued her research with Miller for another year before joining the university’s Connaught Laboratories as a research assistant in 1934.

Leone Farrell’s initial work at Connaught Laboratories focused on the development of toxoid vaccines to prevent staphylococcus and dysentery. Toxoids are prepared from the toxins produced by bacteria that cause disease. When the toxin is exposed to a chemical, such as formaldehyde, and heat and is incubated, it becomes non-toxic, or a toxoid. When injected, it can stimulate immunity against a disease, just like a vaccine. In the mid- to late 1920s, Connaught Laboratories pioneered the development and testing of diphtheria toxoid. Farrell’s work with staphylococcus and dysentery toxoids built on this experience. 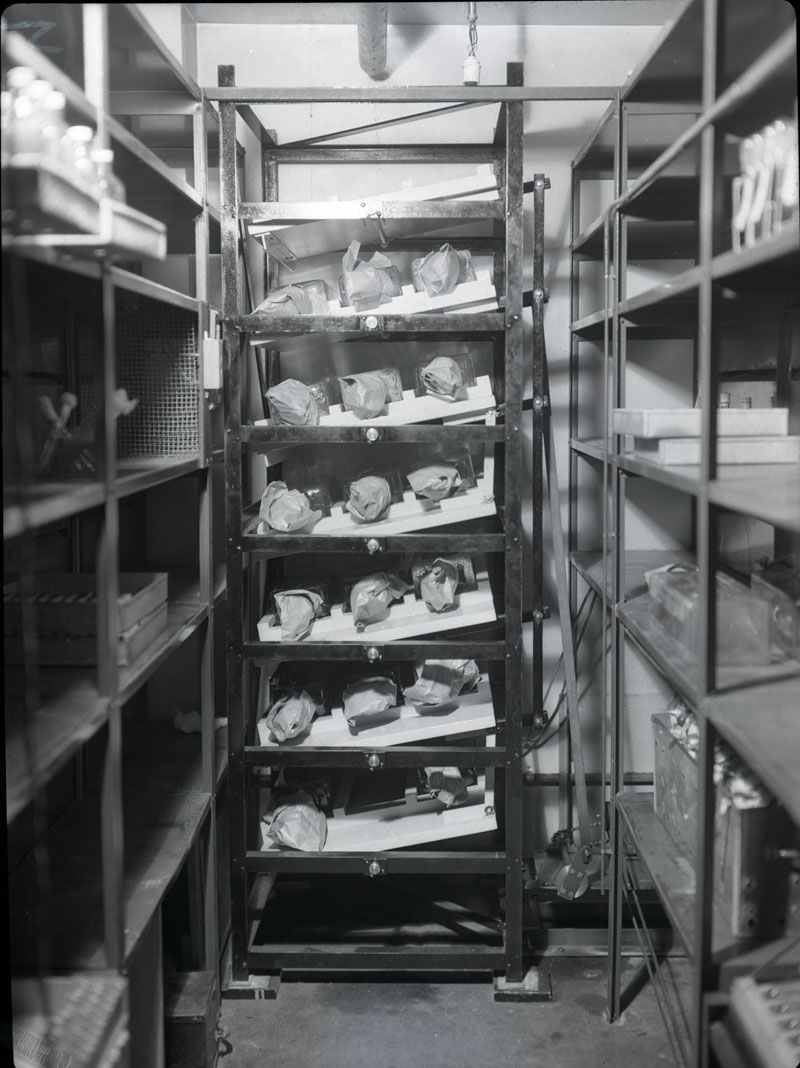 In 1939–40, Leone Farrell’s work with toxoids led her to develop a new “deep culture” method of cultivating bacteria and toxins in large bottles using a semi-synthetic liquid cell nutrient medium rather than a traditional solid medium. This technique became known as the “Toronto Method.” The liquid cultures were then gently rocked to keep the mixture in constant motion, with the aeration and heat of incubation promoting cell growth. In the early 1940s, Farrell adapted the Toronto Method for the production of pertussis (whooping cough) vaccine on a larger scale. This made it possible to produce the vaccine for 0.8¢/mL instead of the 8¢/mL it previously cost, thus making it much more affordable for childhood immunization programs. 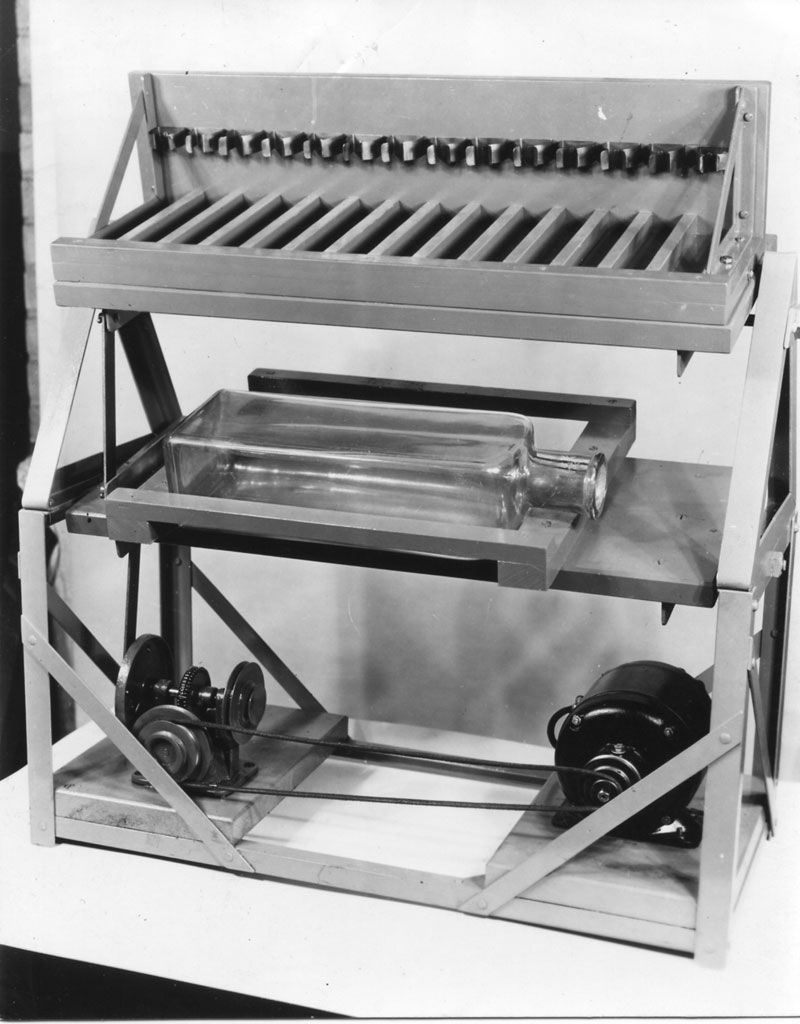 During the Second World War, Leone Farrell focused on the production of several products, such as cholera vaccine and dysentery toxoid. She also gave lectures to medical students and public health nurses. However, she also wanted to contribute more directly to the war effort. In 1941, she inquired about a post in naval intelligence. However, the post did not materialize and she remained at Connaught Laboratories.

In the late 1940s and early 1950s, Farrell worked on improving the production of antibiotics. Of particular significance, she developed a new strain of penicillin, Penicillium chrysogenum, which yielded penicillin 20 to 30 times what was possible from the original strain. 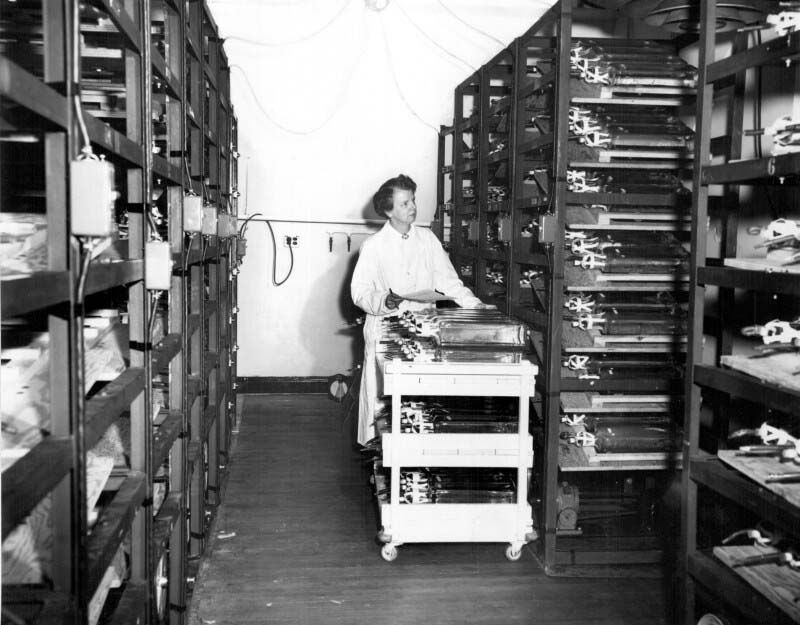 Then came Leone Farrell’s pioneering contributions to the development of the Salk polio vaccine, which centred on adapting the “Toronto Method” to large-scale cultivation of the poliovirus.

Her work built on the development of the first purely synthetic tissue culture nutrient solution, Medium 199, at Connaught (known as Connaught Medical Research Laboratories from 1946 to 1972). The solution proved ideal for cultivating the poliovirus. This discovery enabled Jonas Salk to prepare a polio vaccine that would be safe for human use, but he could only make it in test tubes. With Farrell’s method, however, the vaccine could be made in large bottles. This made it possible to test its effectiveness at preventing polio in an unprecedented mass field trial that began in April 1954.

Connaught’s capacity had to be ramped up to prepare about 3,000 litres of poliovirus fluids for conversion into vaccine in time for the field trial. This “Herculean task,” as Salk later characterized it, depended on all of Farrell’s scientific and leadership skills. Space was needed, rocking machines had to be custom built and masses of equipment had to be acquired. She had to hire and carefully train many qualified people for this delicate and potentially dangerous work. Miraculously, as Farrell later wrote, there were no poliovirus infections among the large staff involved, although, she says, “I believe everyone thought at least once that they had contracted the disease.”

The results of the “Salk trials” were announced with great media attention on 12 April 1955. The news was better than Farrell and her colleagues at Connaught had anticipated. The next day, April 13, was Farrell’s birthday and, as she recounted in several public presentations, “I could not help feeling that I had received a pretty fine present.”

Farrell continued to lead polio vaccine production work at Connaught. She then shifted her attention to research projects that focused on various outstanding problems in vaccine production and developing a more efficient method for measuring immunity to polio and other diseases. She retired from Connaught Medical Research Laboratories in 1969 after 35 years of service. 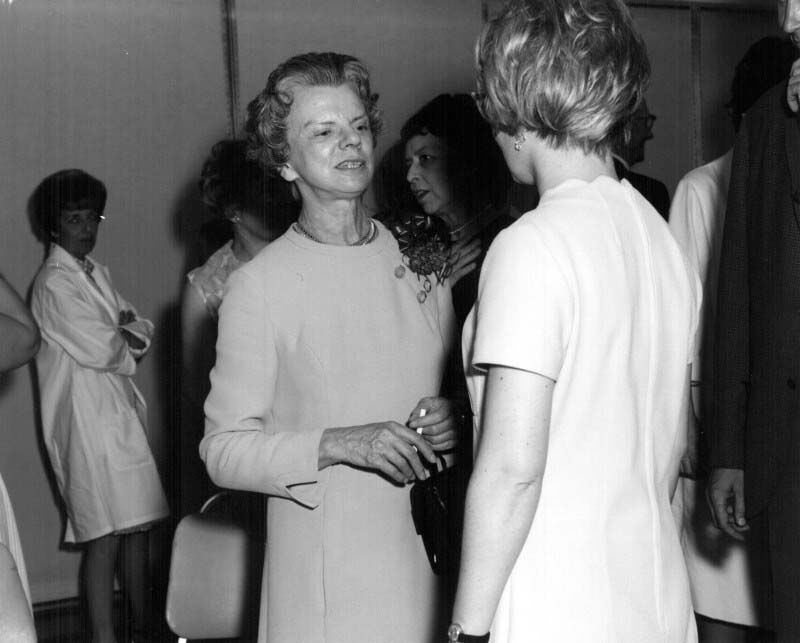 Leone Farrell never married and lived alone and, in her later years, developed Alzheimer’s disease. She died in Toronto of lung cancer on 24 September 1986. She was an elegant and fashionable lady who abhorred housework and preferred eating out to cooking at home.

Colleagues remember Leone Farrell as a classic researcher. Her meticulous attention to detail and ability to transmit her techniques and ideas left Connaught Labs with a rich heritage of well-trained staff. Her greatest contributions were expediting vaccination against pertussis in the early 1940s and making possible the large-scale production of the Salk polio vaccine in the early 1950s.

Farrell was among a small group of women of her generation to earn a PhD in the sciences. She was a strong supporter of women in the lab but did not consider herself a feminist.