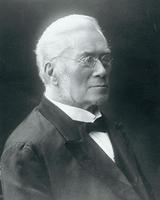 Photo taken in 1902 when Mowat was Lieutenant-Governor of Ontario (courtesy Library and Archives Canada/PA-28973).

The lieutenant-governor, therefore, possesses all the formal, prerogative and discretionary powers exercised by the monarch or the governor general. These include the duty to open, prorogue and dissolve the provincial Assembly; to assent to (or withhold assent from) provincial legislation and orders-in-council; and to give prior approval to money bills. The lieutenant-governor also has the responsibility to select the provincial premier and, presumably as a last resort, to dismiss a government.

Although the discretionary powers may be obsolescent, they are not obsolete. Five governments have been dismissed, and dismissal has been seriously considered on several other occasions - the latest in Alberta in 1938, Ontario in 1940 and perhaps in British Columbia in 1991. The task of selecting a premier has not always been easy, given the early looseness in party structures. But in the 20th century, lieutenant-governors have, with only 2 exceptions (the latest being in Ontario in 1985), asked the leader of the largest party to form a government or, if one leader died, waited until the party could make its choice known through either Cabinet or caucus.

Dissolution has usually been the result of an uncertain or unstable balance of power within the legislature. Since 1867 there have only been 3 clear cases in which a lieutenant-governor has refused to dissolve the Assembly, although on other occasions the knowledge that a request would be refused forestalled the request. However, the subject has been warmly debated.

Lieutenant-governors are also officers of the federal government: they are appointed and paid by, and are subject to instructions from, Ottawa, and can be dismissed for cause. The usual term of 5 years is often extended. By the Constitution Act, 1867, (formerly British North America Act), the lieutenant-governor has the power to reserve provincial Bills and is the instrument through which provincial Acts disallowed by Ottawa are proclaimed. One draft of the BNA Act used the word "superintendent," and at the Québec Conference of 1864 it was proposed that the subordination of provincial governments be effected, in part, by keeping the power to nominate and dismiss the lieutenant-governor in the central government's hands. Sir John A. Macdonald regarded the lieutenant-governor as one who should serve the Dominion's interests to the greatest possible extent without infringing on the province's right to self-government.

But the principles of provincial autonomy and federal intervention proved to be incompatible. Lieutenant-governors in the early years supported federal interests - eg, during the repeal movement in Nova Scotia in the late 1860s and the intense federal-provincial disputes in Manitoba - and reserved many provincial Bills on instructions from Ottawa, or because they encroached on federal power or seemed contrary to national policy. As late as 1937, the lieutenant-governor of Alberta reserved 3 Bills, 2 with the concurrence of the federal government. In 1938 the Supreme Court ruled that the power of reservation still existed, but during the constitutional debate of the 1970s there seemed to be unanimous federal-provincial agreement that the provision should be removed from the Constitution. Seventy Bills have been reserved since 1867, but only 4 in the last half century. The last Bill to be reserved was in Saskatchewan in 1961, when the lieutenant-governor believed it was of doubtful validity. The Department of Justice concluded that the Bill was within provincial jurisdiction and assent was given.

The Constitution Act, 1867, protects the office of lieutenant-governor from any amendment by the provincial government. However, many provinces have scaled down the expenses of the office and some have closed official residences. Mitchell Hepburn (Ontario) closed Chorley Park in 1937; William Aberhart (Alberta) closed Government House in 1938 during his conflict with Ottawa (although another residence was purchased in 1967), and the CCF government in Saskatchewan did likewise in 1944. Although the cost is modest, there have been frequent suggestions that the office be abolished and that the chief justice perform the routine ceremonial functions. But abolitionists have never received much support, even in the depths of the Depression.

In 1929 the Judicial Committee of the Privy Council ruled that women could be senators, and in 1934 the Department of Justice decided that women could be lieutenant-governors. However, it was not until the appointment of Pauline McGibbon in Ontario in 1974 that the first woman read the Speech from the Throne in a provincial legislature. Lincoln Alexander (Ont, 1985-1991) was the first black and Ralph Steinhauer (1974-79) the first native Indian to be appointed lieutenant-governor.