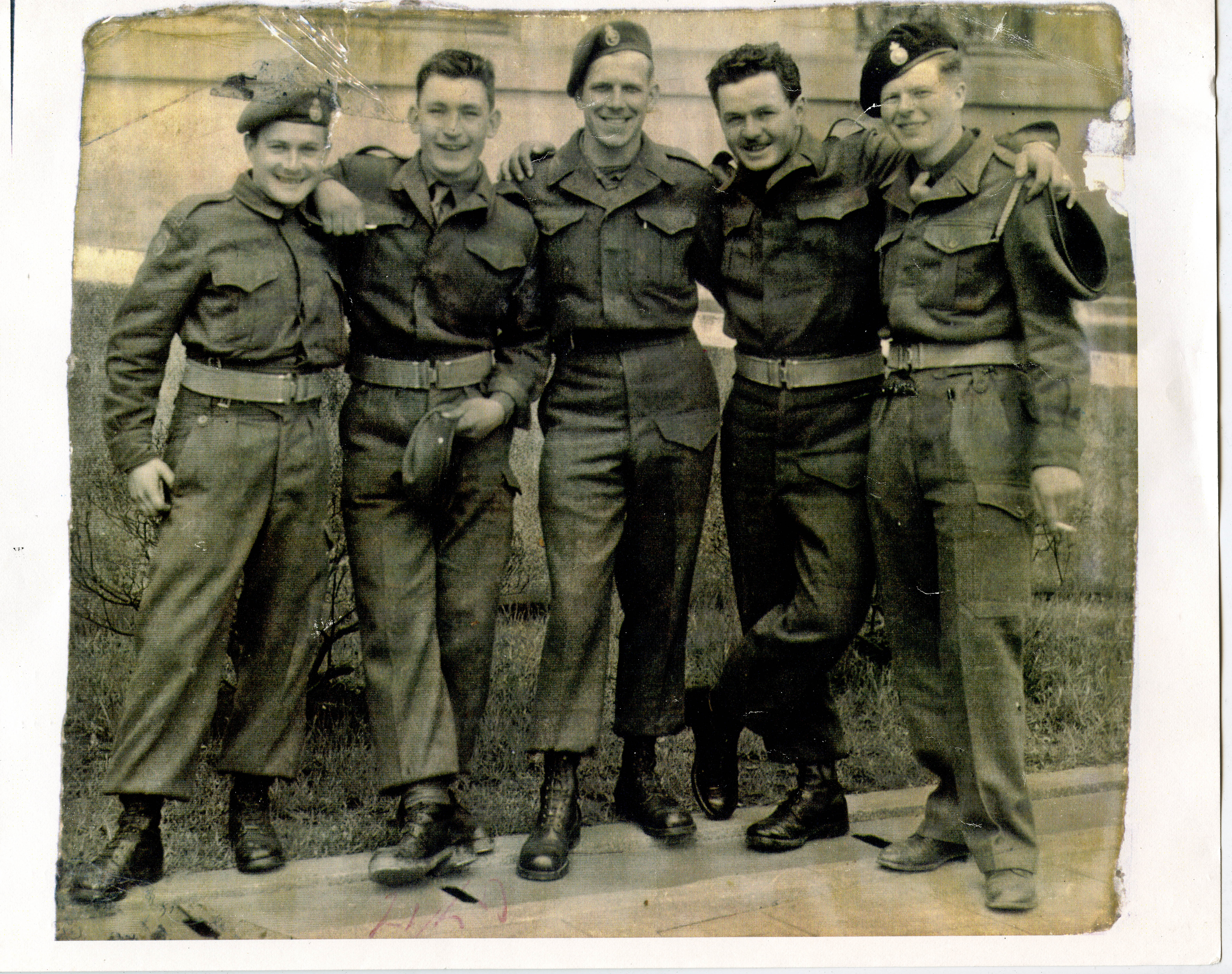 "In all the books they write, they mention Evans but nobody ever mentions my buddy Toliver and he's the one that went back out to get Evans."

But then we were kinda used to it anyway by then 'cause we had been at it all, you know, since the first part of February and this was in April, you know, the 23rd, 24th, 25th. So it wasn't nothin' new. So then we went up and got up into Kapyong, or up on the hill. We didn't know it was called Kapyong then, all we knew it was the hill. Someone looked it over and we were supposed to—we were allotted where to sit and dig in and to hold.

So where I was, I could see  the Glosters [Glouchestershire Regiment] got it first over on the far side and then over this way from them, the Australians, the Royal Australian Regiment, was down below the hill on another knoll, they were lower down. I could see them gettin' it that day and down there at night. But then the Glosters got completely run over in their valley and then the Australians, they finally got so bad they had to pull back, so leavin’ that open. And then the Chinese then came around from both sides and that's how we got surrounded there because none of our flanks were open.

In there, we had one section that was out on a point, a point out that stretched out and then we were on it, you know, in different deals. The section they had out here was—that was where a section of the B Company was sittin’ and they started to gettin' run over badly so that they were told to draw back along with the rest of the guys in line.

The next morning, I asked one of the guys from the section, I said “Bill, where's Tolver?” Robert Tolliver; he was a good friend, he was on the advanced party with us and he said he had went back out to get [Gerald] Evans, Evans was hit. And he couldn't make it so Tolver went back out to get him. So then in the morning, they brought both of the guys in from out there, they got 'em back in the morning and Tolver was sliced with a, his neck with a sword and they were both, Evans and Tolliver both got it there that night from being out on that point. But in all the books they write, they mention Evans but nobody ever mentions my buddy Toliver and he's the one that went back out to get Evans.

The hardest part is when you gotta shoot somebody and you look at 'em and then you—he's just a young kid just like you or I at that time. And yet he doesn't wanna be there any more than you do.

I see how that country has come ahead and that the people appreciated it. It just makes me feel so great, you know, that you did somethin' and they took over and just beautified the whole country. And it is a beautiful country now.