It was founded in 1961 in Orillia, Ont, by Ruth Jones, her husband, Dr Crawford Jones, and Pete McGarvey. The name 'Mariposa' was taken from Stephen Leacock's book Sunshine Sketches of a Little Town, in which the 'little town,' a thinly disguised Orillia, was called Mariposa. The first festival, held 18 and 19 Aug 1961 in Oval Park, was produced by Ed Cowan with Ted Schaefer as artistic director. An all-Canadian lineup in this first year included O.J. Abbott, Jean Carignan and Alan Mills, Jacques Labrecque, the Travellers, and Ian and Sylvia. The 1962 and 1963 festivals, both three-day events (as were all to follow), were produced by Jack Wall. Control of the festival subsequently passed through several hands before it was taken over in turn by the Toronto Guild of Canadian Folk Artists in 1969 and by the Mariposa Folk Foundation in 1977.

Mariposa was banned from the Orillia area in 1964 because of public disturbances by festival-goers in the first three years. It made its home that year at Maple Leaf Stadium in Toronto, 1965-7 at Innis Lake, northwest of Toronto, and 1968-79 on Centre Island, off the Toronto waterfront. Estelle Klein was artistic director 1964-79, spelled in 1978 by Ken Whiteley. The festival was discontinued in 1980, at which time the foundation increased its year-round activities with concerts at Harbourfront (and in later years at various Toronto clubs and halls). Meanwhile a Toronto Folk Festival was mounted by other parties in 1980 at Hanlan's Point and Harbourfront. 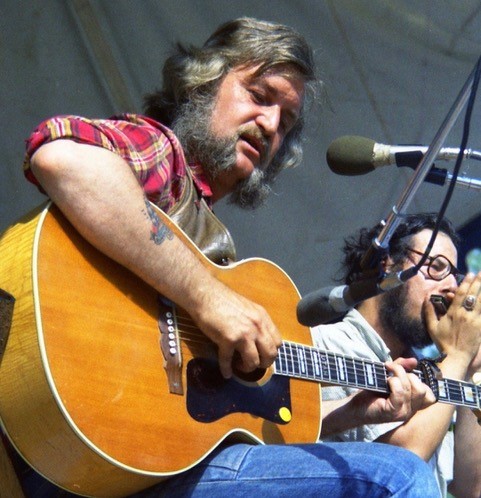 Mariposa itself was revived as an all-Canadian festival, The Canadians/Les Canadiens, at Harbourfront's Bathurst Quay in 1982 and resumed on an annual basis in 1984 at Molson Park, near Barrie, Ont, under a succession of names that reflected a gradual change in the focus of its programming: Mariposa Folk Festival 1984-6, Mariposa: The Festival in 1987, Mariposa '88 in 1988, and Mariposa '89 ['90, '91]: The Festival of Roots Music. In 1991 the festival was relocated to Ontario Place.

The festival's artistic direction changed hands on several occasions during the 1980s, a period of on-going financial difficulties. Tim Harrison held the position for the 1982 festival, Michael Cooney in 1984, Ian Bell in 1985, Rick Bauer in 1986, Drago Maleiner in 1987 and 1988. Richard Flohil assumed the role as of Mariposa '89. A splinter group under Harrison's direction mounted the Northwind Folk Festival on Centre Island in 1984 and 1985.

In its first 10 years Mariposa presented a mixture of Canadian, US, and British folk and folk-influenced performers in daytime workshops (in which the audience could participate) and evening concerts. In 1968, with the move to Centre Island, an area was established for crafts workshops and displays. A Native peoples' area flourished 1970-8, presenting traditional and contemporary performers - eg, Alanis Obomsawin (the area's programmer 1970-6), Willie Dunn, Inuit Throat Singers, and Shingoose. After disruptions during evening concerts by Joni Mitchell, James Taylor, and others at the 1970 festival, Mariposa changed its format in 1971, eschewing evening (or 'mainstage') events in favour of six stages of simultaneous activities that ran from late morning to dusk. The festival also turned away from 'name' performers (a policy announced as early as 1968, although Mitchell, Taylor, and Joan Baez, among other noted artists, were heard in the years after).

Throughout the 1970s Mariposa was an informal mixture of workshops and concerts, each generally of an hour or less in length. Workshops typically brought together performers of varied backgrounds to demonstrate instrumental styles and techniques, to explore the music of specific traditions or regions, and to exchange songs on various themes. In 1979, for example, some 55 acts were heard in 160 individual and group presentations, among them 'Pipes & Pipers,' 'Cajun Music,' 'Blue Suede Shoes: songs from the 50s,' and 'Ballads of the Supernatural'. The workshop format, which was adopted in whole or in part by most other Canadian festivals, remained in place when Mariposa restored mainstage concerts by name artists in 1982. More than 75 acts participated in some 135 workshops and concerts at Mariposa '91, whose program included rap, rock, country, gospel, and world beat, in addition to contemporary and traditional folk music.

The Mariposa Folk Foundation established Mariposa in the Schools (MITS), a program to provide Toronto-area schools with folk presentations, in 1970. MITS, which became an independent organization in 1983, has played a major role in the development of many children's performers, most notably Sharon, Lois & Bram. The foundation issued a two-LP set of performances recorded at the 1975 festival and published a book of stories from Mariposa performers, For What Time I Am in this World, edited by Bill Usher and Linda Page-Harpa, in 1977.