The marmot is a large, diurnal, burrowing rodent of the squirrel family, native to Eurasia and North America. 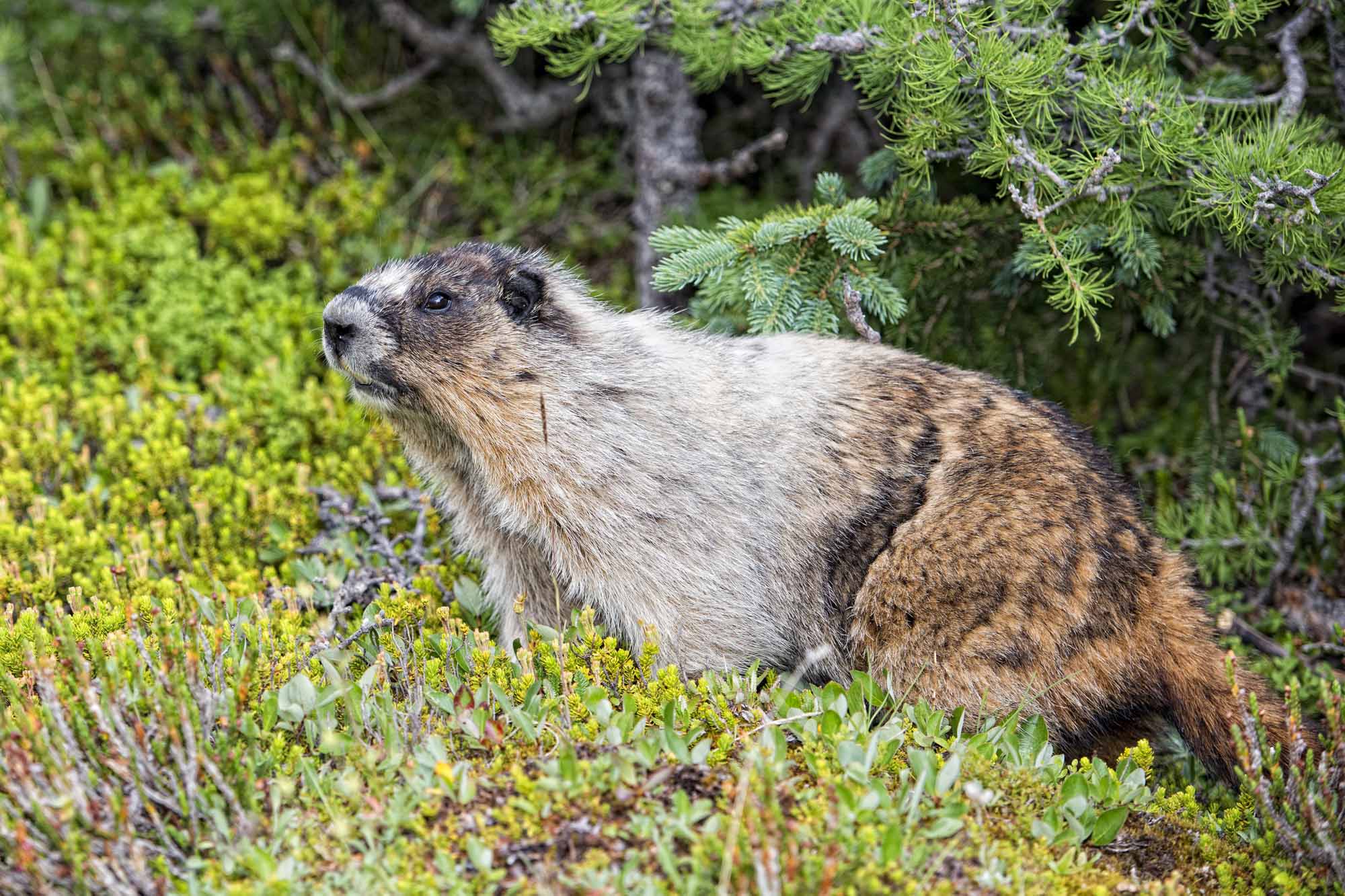 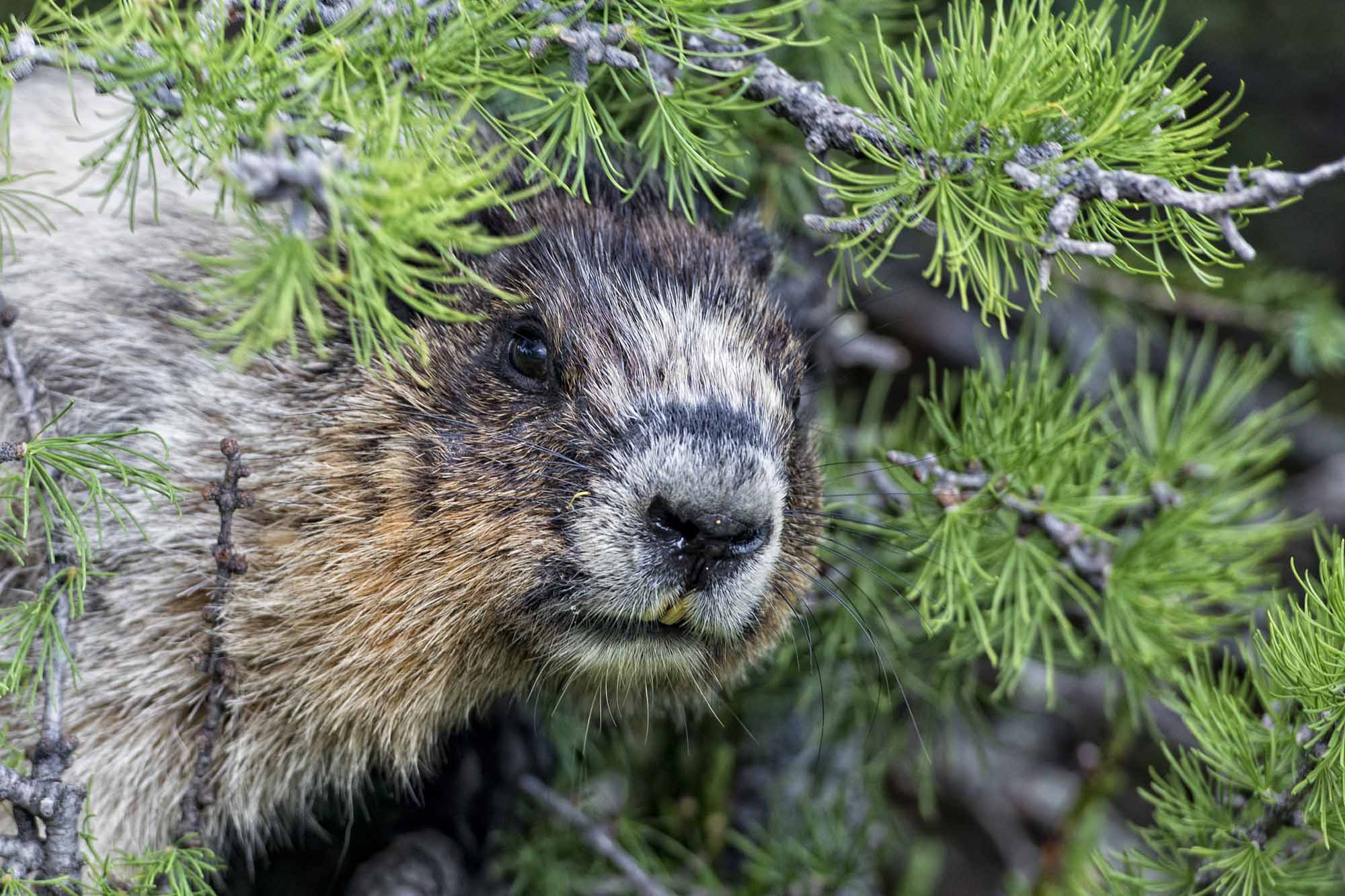 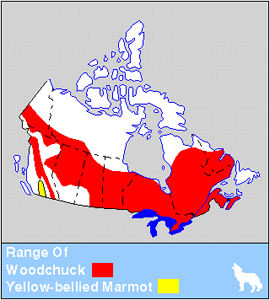 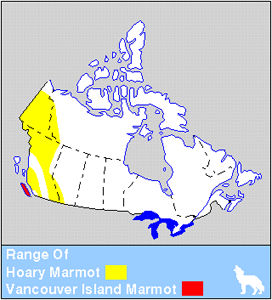 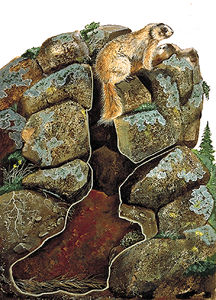 Marmots hibernate in burrows for 4-8 months in winter (artwork by Jan Sovak, 1989). 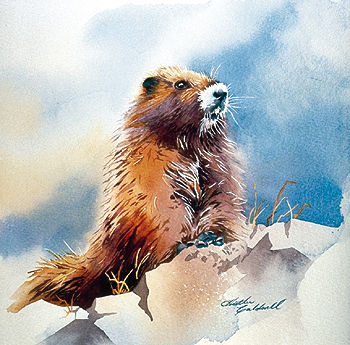 It is not known why the marmot is disappearing form Vancouver Island (artwork by Heather Caldwell).
PreviousNext

The marmot is a large, diurnal, burrowing rodent of the squirrel family, native to Eurasia and North America. Marmots are rotund and stocky, weigh 2-9 kg, and have thick fur, short bushy tails and small ears.

Of 13 species, 4 occur in Canada, inhabiting grassy areas and rocky slopes of mountains and lowlands. Yellow-bellied, hoary and Vancouver Island marmots (Marmota flaviventris, M. caligata and M. vancouverensis , respectively) are found only in the Western provinces; the woodchuck (possible corruption of the Cree word wuchak) or groundhog (M. monax), in patchy distribution throughout Canada, excluding Nunavut and Newfoundland. The Vancouver Island marmot, found only in Canada, inhabits a few subalpine sites on Vancouver Island.

Marmots eat green plants and can become pests in vegetable gardens. They signal danger by shrill calls. Marmots hibernate in burrows for 4-9 months; on awakening they may be almost half their autumn weight. The whimsical observance of Groundhog Day (February 2) recognizes the marmot's impending emergence from a long winter's rest (much later in colder climates).

Females mate after spring emergence and after a short gestation bear 2-9 young.