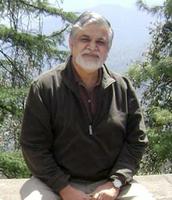 M.G. Vassanji, writer, editor (b at Nairobi, Kenya 30 May 1950). M.G. Vassanji grew up in Kenya and Tanzania, and was educated at MIT and the University of Pennsylvania. Having immigrated to Canada in 1978 with a PhD in nuclear physics, Vassanji began writing fiction while teaching at the UNIVERSITY OF TORONTO. In 1981 Vassanji co-founded and began editing the literary magazine The Toronto South Asian Review (later renamed The Toronto Review of Contemporary Writing Abroad). His first novel, the elliptical and richly allusive The Gunny Sack (1989), was named a regional winner of the Commonwealth Writers' Prize for best first book (Africa). Turning to writing full time, Vassanji followed this initial success with No New Land (1990), a novel about African-Asian emigrants in Toronto. His next publication was Uhuru Street (1992), a powerful collection of linked short stories set in East Africa.

THE BOOK OF SECRETS (1993) established Vassanji as an important voice in Canadian literature. Awarded the inaugural SCOTIABANK GILLER prize for fiction, it won both critical and popular acclaim. The Book of Secrets is representative of Vassanji's gift for storytelling. Loosely structured around one man's quest to trace the enigmatic family history he believes lies concealed in the pages of a colonial diary, the novel evolves into an increasingly elusive book of secrets. Determined to explore questions that remain in the end unanswerable, the narrator finds his search for order leading him to ponder the legacies of colonialism, war, prejudice, and religious intolerance.

Vassanji returned to the subject and themes of immigration in his 1999 novel Amriika. Like Vassanji himself, Ramji, the Asian-African protagonist, moves from Dar es Salaam, Tanzania, to Cambridge, Massachusetts. At college, Ramji is inadvertently caught up in and overwhelmed by 1960s political activism and radical protest. M.G. Vassanji has observed about his characters, "I tell stories about marginalized people. All writers do, whether the people in question be a family of Jews in New York or a farming community in Saskatchewan."

In 2003 M.G. Vassanji became the first writer to win a second Scotiabank Giller prize. The In-Between World of Vikram Lall is set in Kenya, and opens during the 1950s Mau Mau uprising. Vikram Lall is eight years old at that time, and the nation's complicated, turbulent history is reflected in his childhood relationships with British and African children. The story follows Lall's career as a corrupted civil servant and his eventual immigration to Canada. As in all of Vassanji's works, history and biography, the political and the personal, are inextricable here.

M.G. Vassanji published a second collection of short fiction in 2005, titled When She Was Queen. The stories are set in Asia, Africa, and North America, and their characters likewise move from place to place. Asked about his own sense of national identity, Vassanji observed, "In my heart I am still very much an African, but I have lived in Canada for a long time and it feels like home. At some point in your life you realise there are several homes."

Vassanji's 2007 novel, The Assassin's Song, also addresses the spiritual turmoil of a life lived between East and West. Shifting in time and perspective, the novel provides a deep historical context to contemporary protagonist Karsan Dargawalla's divided loyalties: his duty to his inherited place as guardian of an ancient shrine, and his desire to pursue scholarship in America. Vassanji adroitly explores the continued weight of tradition in a modern world. The novel was shortlisted for the Giller Prize, the GOVERNOR GENERAL'S Award for Fiction, and the ROGERS WRITERS' TRUST Fiction Prize.

Vassanji also works in other genres. He published A Place Within: Rediscovering India in 2008. Described by Vassanji as "part memoir and confession, part travelogue and history," the book traces the author's many travels in India as he explores his cultural heritage. In 2009 Vassanji published a biography of Mordecai RICHLER. A documentary about his own life, titled The In-Between World of M.G. Vassanji, premiered in 2006. M.G. Vassanji was made a Member of the Order of Canada in 2005. He lives in Toronto.