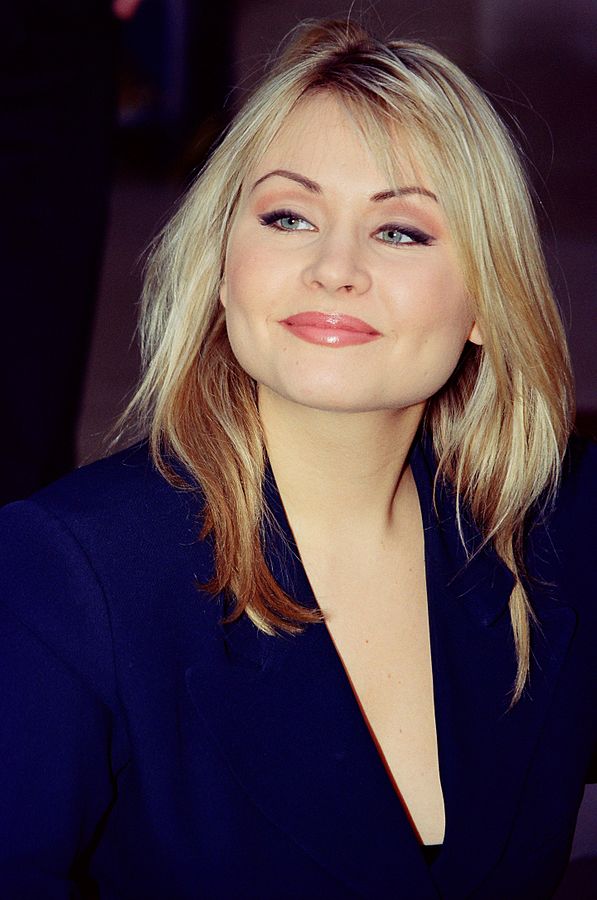 Mitsou at an autograph session in Gatineau, Quebec, December 1993.

Mitsou (b Mitsou-Miel-Rioux Gélinas). Singer, songwriter, actress, b Loretteville, Que, 1 Sep 1970. Grand-daughter of the noted actor-playwright Gratien Gélinas, she acted in TV soap operas as a child. At 17 she cut a saucy, Lolita-like figure in Canadian pop music with her first album, El Mundo (Isba IS-2015), which sold more than 100,000 copies and included 'Bye Bye Mon Cowboy,' 'Les Chinois,' and 'La Corrida,' all hits in Quebec. The first was also popular in English Canada - a revised version for the US dance market was a modest success - as were her racy videos for both 'Cowboy' and 'Les Chinois'. She received a Félix Award in 1989 as discovery of the year. Although she gave only a few concerts at this time in Quebec and in major cities elsewhere in Canada, she was nevertheless something of a media sensation. She appeared on various TV shows and was the subject of many tabloid stories. The album Terre des hommes (Isba IS-2025, CD and cass) followed in 1990, and with it the popular, if controversial, 'Dis-moi, dis-moi,' whose video was banned in 1991 by MuchMusic.