Singer, songwriter, broadcaster, b Toronto 1959. Molly Johnson's music career began in childhood, when she was chosen by Ed Mirvish to appear in Porgy and Bess at the Royal Alexandra Theatre in Toronto. This led to castings in the musicals South Pacific and Finian's Rainbow. With hopes of becoming a choreographer, Johnson attended the National Ballet School of Canada until age 15. She subsequently set her sights on music, becoming the lead singer of the disco group Chocolate Affair and performing with the band Billy Reed and the Street People. In the late 1970s Johnson began writing her own material.

In 1979 Johnson formed the eclectic funk-rock group Alta Moda with Norman Orenstein. Alta Moda (with Orenstein on guitar, keyboard, drum machine and tape; Greg Krantz on video and media; Etric Lyons on bass and back-up vocals; and Steven Gelineau on electronic drum kit) became one of the most dynamic groups on Toronto's progressive Queen Street music scene, and Johnson's impressive lead vocals earned her the title "Diva of Queen Street." Despite their Juno-nominated single "Julian," the band found little commercial success. Johnson's next rock band, the Infidels (formed with Orenstein circa 1990), suffered much the same fate, and disbanded in 1992. During her time with Alta Moda and the Infidels, Johnson lived at the Cameron Public House, a bohemian hotel/bar located on Queen Street. There, she met Herb Tookey and Bill Grove (with whom she credited her first jazz education), and hosted the popular jazz night Blue Mondays with pianist Aaron Davis and bassist David Piltch. Blue Monday, as they also called their trio, would occasionally gig outside of the Cameron House at bars and warehouses, and most notably, at The Royal York Hotel's Imperial Room.

In the mid-1990s, Johnson took a break from performance and found success singing jingles and doing voice-over work in Toronto. She soon met Steven MacKinnon, a Toronto-based composer and producer, who asked Johnson to collaborate with him on a record. MacKinnon composed all of the music, and six of the songs were co-written by Johnson. The goal for this debut was to create a commercially appealing jazz record, a major shift from Johnson's previous rock-oriented work. The jazz-pop album Molly Johnson was released in 2000 and quickly gained attention during a spring-summer tour across Canada. Many reviewers highlighted Johnson's smoky, gritty vocals (displayed in her rendition of Billie Holiday's "Don't Explain"), which pay homage to the early years of jazz while maintaining a contemporary edge. The first two singles, "My Oh My" and "Diamond in My Hand," received more than 9,000 plays on Canadian radio in the year of the album's release. A guest appearance on the record by French jazz legend Stephane Grappelli also popularized the album in France and helped make Johnson an international star.

Since her first release, Johnson has found immense success as a songwriter and as a modern interpreter of jazz and pop standards. Johnson's subsequent albums have also garnered her international critical acclaim. She was called "one of Toronto's best-kept jazz secrets" by the Evening Standard in the UK (2002), and the Globe and Mail (Nov 2006) has written, "If the future of jazz singing depends on finding the perfect balance between jazz and pop, Molly Johnson seems to have been born for the job."

Johnson has performed across Europe and has established a particularly strong fan base in France. She has performed in major venues in Canada, including Massey Hall, Roy Thomson Hall, and the Glenn Gould Studio, and has appeared on Bravo's Live at the Rehearsal Hall. She has also appeared frequently at Canadian jazz festivals, including those in Montreal, Toronto, Ottawa, Edmonton, Halifax, and Calgary. In 2008 she expanded her career to include broadcasting, becoming the weekend host of the CBC radio show, CBC Radio 2 Morning.

Molly Johnson won vocal jazz album of the year at the 2009 Juno Awards for Lucky, after receiving nominations in the category in 2001, 2003, and 2007. In 2009 she received the National Jazz Award for best female vocalist. In 2008 she was named an Officer of the Order of Canada for her contributions to Canadian music, as well as for her work with the Kumbaya Foundation, the AIDS charity co-founded by Johnson in 1992. 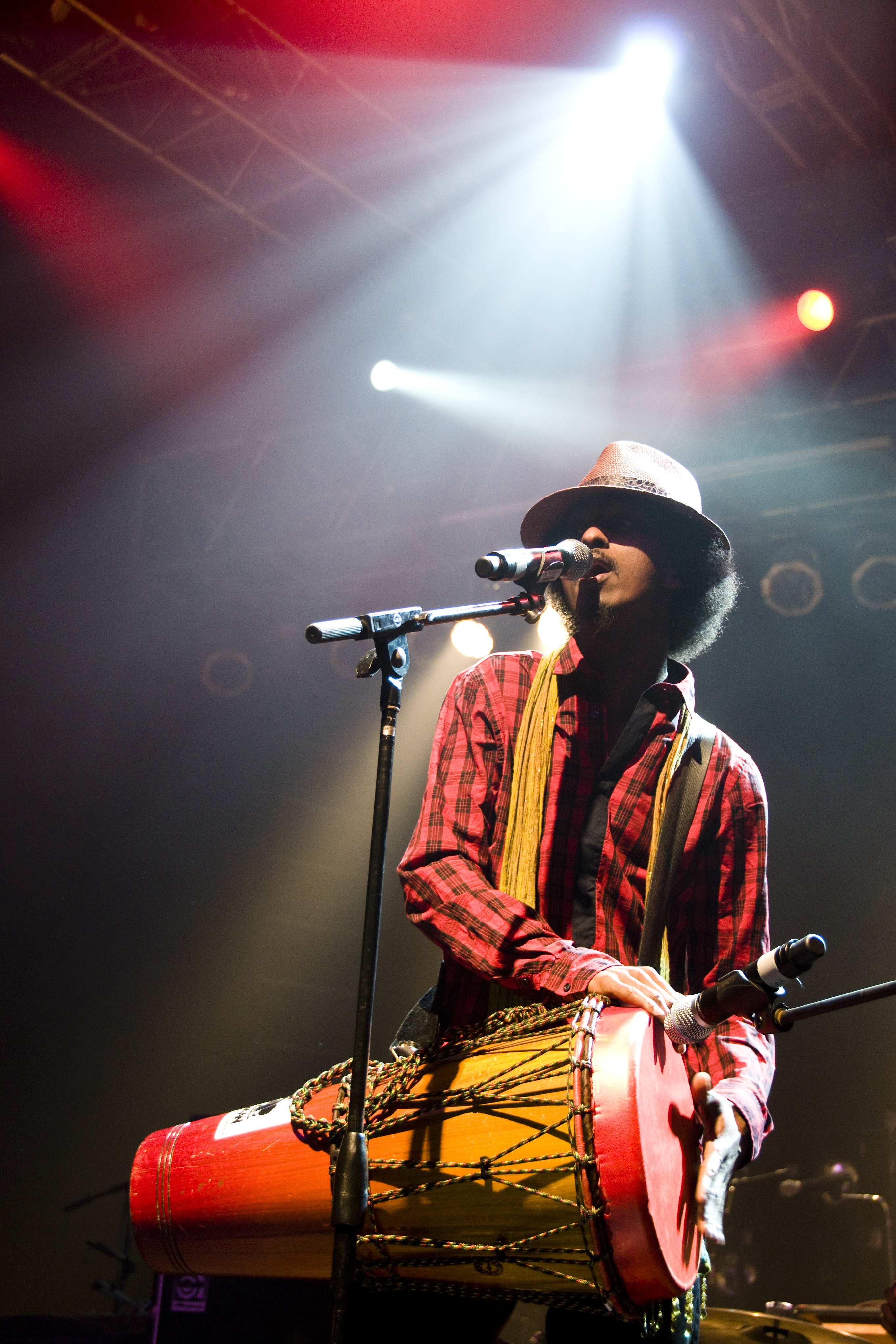