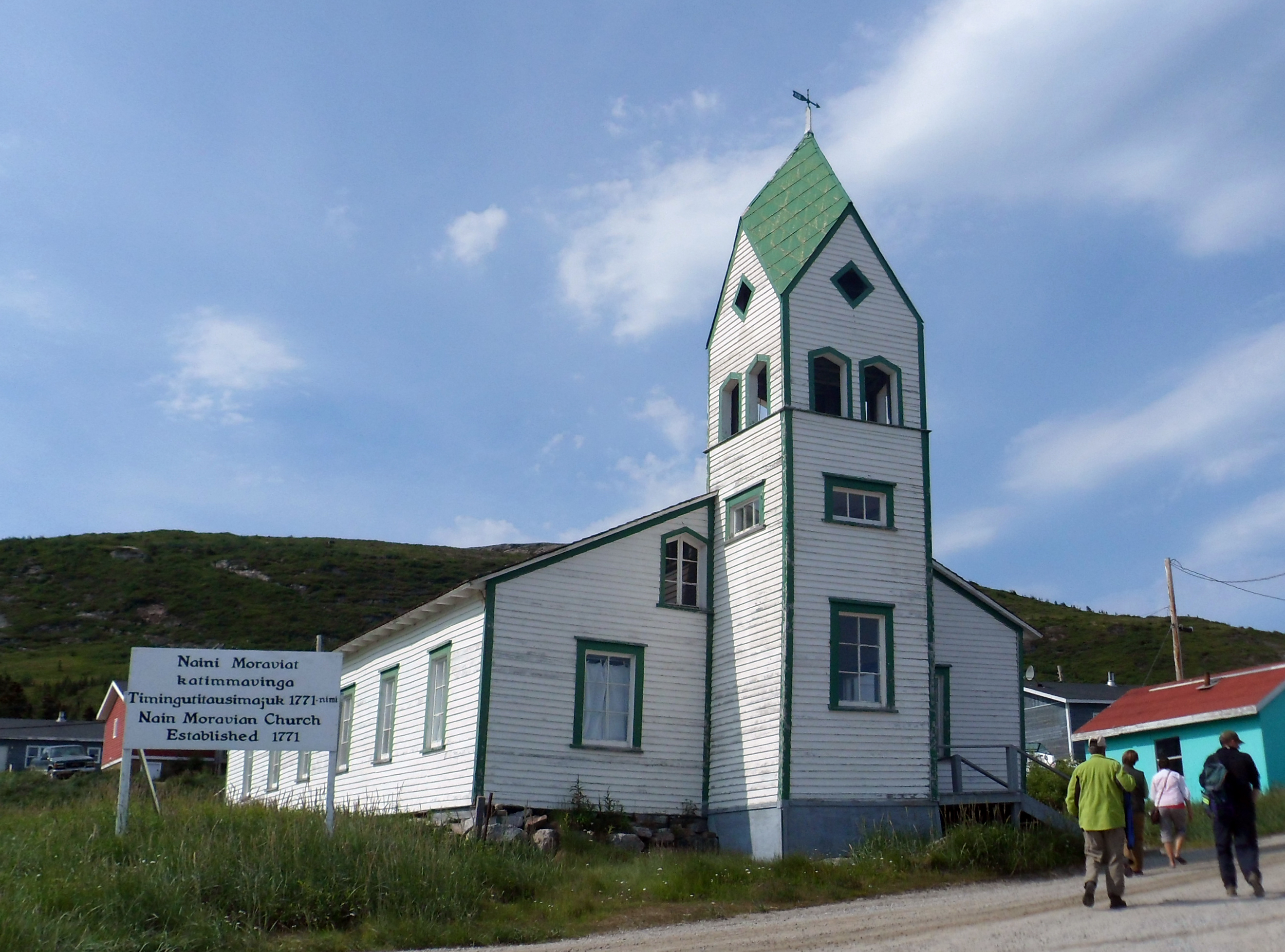 Moravian Church, Nain, NL (2012). This is a cultural heritage site in Canada, number 15662 in the Canadian Register of Historic Places.\r\n
PreviousNext

Moravians, as commonly used in the English-speaking world, refers to members of the Moravian Church formally known as the Unitas Fratrum (United Brethren). Claiming adherence to the world's oldest Protestant Church, they trace their pre-Reformation origins to the teachings of Jan Hus, who was burned at the stake by Roman Catholic persecutors in 1415. His followers, who were eventually driven underground and scattered throughout Europe, included a small group of people who moved to a remote part of Moravia and, in 1457, founded the Unitas Fratrum. In the early 18th century, Moravians established a headquarters at Herrnhut (Lord's Watch), Germany.

Under the guidance of a Saxon nobleman, Count Nikolaus von Zinzendorf, they embarked on a foreign mission program which eventually led them to many countries, including Canada. With financial assistance from their congregations in Britain, they established the first mission among the Inuit of North America at Nain, Labrador, in 1771. A few decades later Moravian missionaries from the US founded a mission for Indigenous peoples in Upper Canada, at Fairfield on the Thames River. The Moravian Indigenous peoples at Fairfield, and later New Fairfield (also called Moraviantown), were Delaware who had been earlier converted in Pennsylvania and Ohio.

Although the mission at New Fairfield was transferred to the Canadian Methodist Episcopal Church in 1902, Moravian congregations are still active in Labrador. In addition, there are now 8 congregations in Alberta and one in Vancouver, consisting mostly of descendants of German-speaking emigrants from 19th-century Russia.