"“Your blood, our freedom.” That’s how they think of the Canadians."

"“Your blood, our freedom.” That’s how they think of the Canadians." See below for Mr. Wong's entire testimony. Please be advised that Memory Project primary sources may deal with personal testimony that reflect the speaker’s recollections and interpretations of events. Individual testimony does not necessarily reflect the views of the Memory Project and Historica Canada. 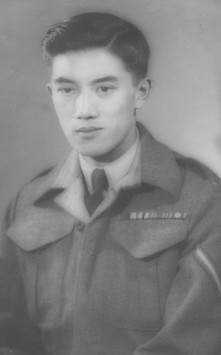 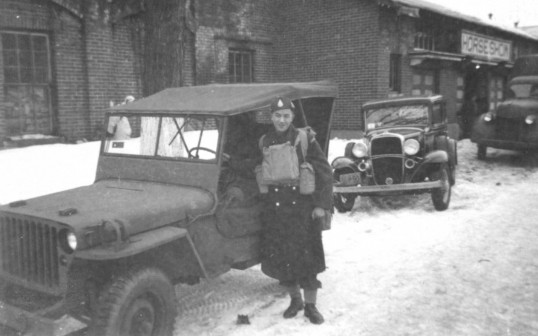 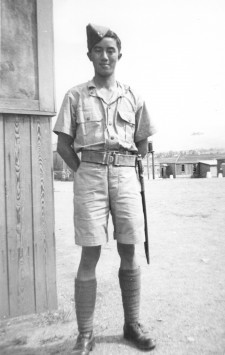 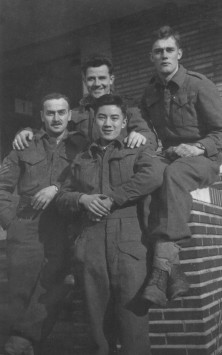 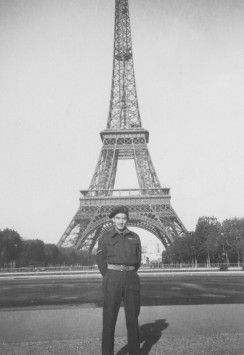 I was very happy. I remember when I was in the service, I used to get a lot of invitation into people’s home for dinner, and everything. Hard to believe, here I was Chinese and I’m supposed to be inferior to the Caucasian, and everything, and yet, I’m invited, I’m in Ottawa, I was invited to their home for Christmas dinners. They say, “You live too far away, well come and join us for Christmas.”

Our unit is the second echelon workshop. It’s a mobile workshop and our main function is to follow the artillery, the AGCRA [Army Group, Canadian Royal Artillery]. Wherever they go, we’re right beside them, repairing their guns. So we came under enemy fire.

In France, there, and after [the battle of] Falaise [Gap], we went into Caen, the city of Caen. I remember – that city was supposed to be taken by the Allies on D-Day. But it wasn’t taken, until six weeks later, six or seven weeks later, so it took a lot of fighting, on that area. And I went in there, oh God, the stench was so bad that I vomited. So many people dead, people – you know – not buried and everything. Oh, God, the smell was, ugh. That’s the first time I vomit there. And going through France, when the Germans in full retreat, it was really nice, you know. Every time we stopped, French people would come out with wine and food, and then the – there’s one small little village in France called Équeurdreville. We were the first unit to enter that town. And the people were so happy, that later on, we got a letter from them, that they put a plaque right in the town’s square – they didn’t get the unit number, but they got my – “Commanding Officer Major Thomas Quan, officers and men.”

Being the only Chinese, I was treated the same. I was surprised when, after we landed in Normandy, on JUNO Beach, that they – I think a week, or ten days after that, they made me a corporal. And I said, “Wow, I’m surprised,” I said, “I’m the only Chinese!” And yet, I was made a corporal. So, I have no problem with my unit, the people respect me.

It’s kind of sad, you know. I remember, in Holland, we first moved in there, the people were starving. And I do remember some young kids, we would put some of the garbage in the garbage can, they were fighting all over the garbage. So naturally, we’d eat half of our meal, and then we gave the other half to the kids. And then when our officer found out what we were doing, then he put the guards around the whole – like our kitchen – and prevent these kids from coming into our line to pick up, because they said, “You need the food.” We say, “We have the organization that’s bringing in the food to defeat the civilian [hunger].” They say, “You need all the food.”

At that time, while we were in Holland, we were at the end of our supply line. All the supplies had to be shipped from the JUNO Beach in France, back up, it was about 300 or 400 miles. And then, at that particular time, our three tonne trucks is more important than the tank, they say, the priority was ammunition and petrol. And, so as a result of the food, they cut our ration back, so many calorie per day, because, you know, it takes time to ship all that stuff out, so. Once we got Antwerp [Belgium], that was the main Allied supply bay, and that then became our main supply - it’s one of the largest harbours – that was when all these ships could be used, because it’s closer, so all our supply, even for the American army were coming in from Antwerp.

I have another experience, in Vancouver, about two, three years ago, so at this time, I have my overcoat and I have all my medals on, a young fellow came up to me, he said, “Oh, you served in Holland.” I say, “Yeah.” He said, “I want to thank you for liberating our country.”

I felt that the people in Holland, the school kid in Holland, knows more about the Canadian Army than the people back home. I think that – we went to the military cemetery, and every grave and every year – that year – they got a school kid, lined up beside each grave and then they put flowers in there at a certain time and they put flowers. So the kids when they finished, they would ask us for our autograph and I had a book, so I asked the kid, “Can I get your name and autograph?” And I can still remember, she put down, “Thank you for liberating our country,” and then she put one sentence there, “Your blood, our freedom.” And that’s, I didn’t, I can still remember that sentence saying, “Your blood, our freedom.” That’s how they think of the Canadians.