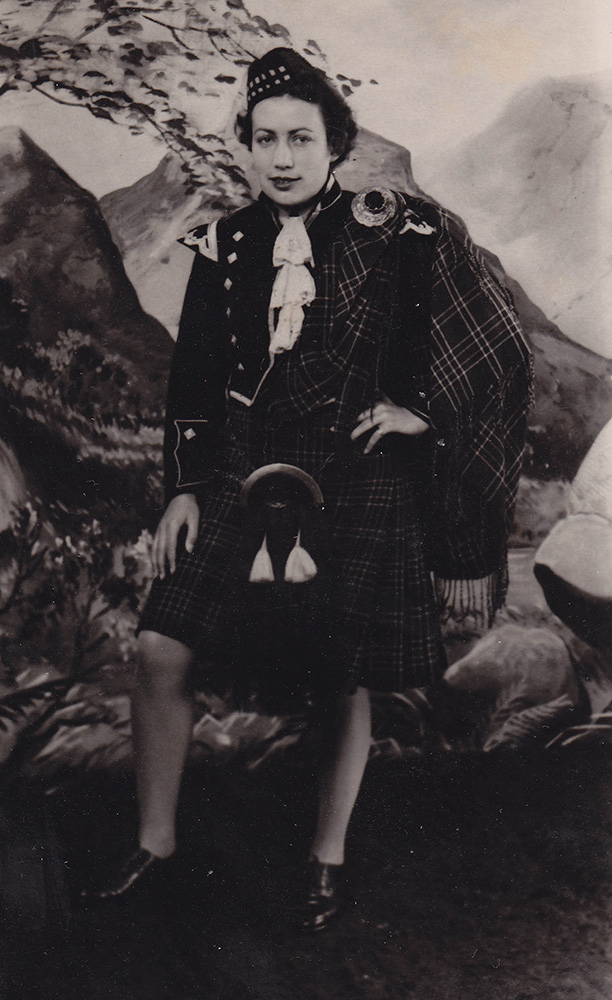 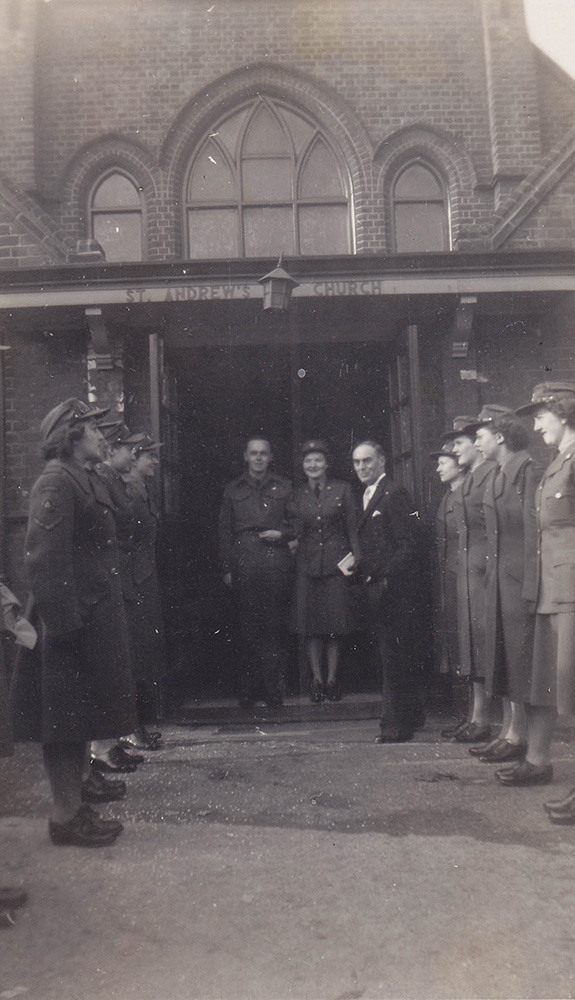 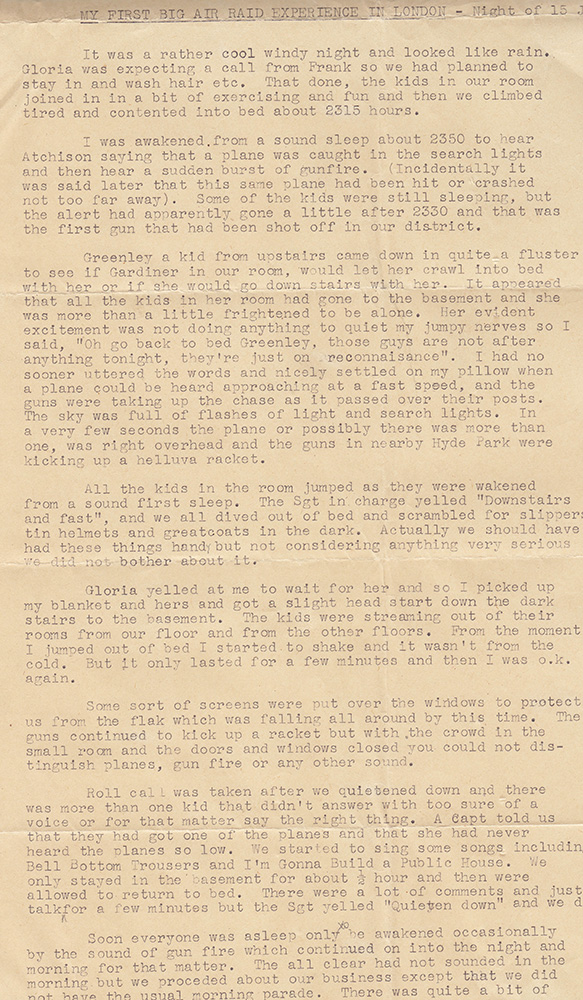 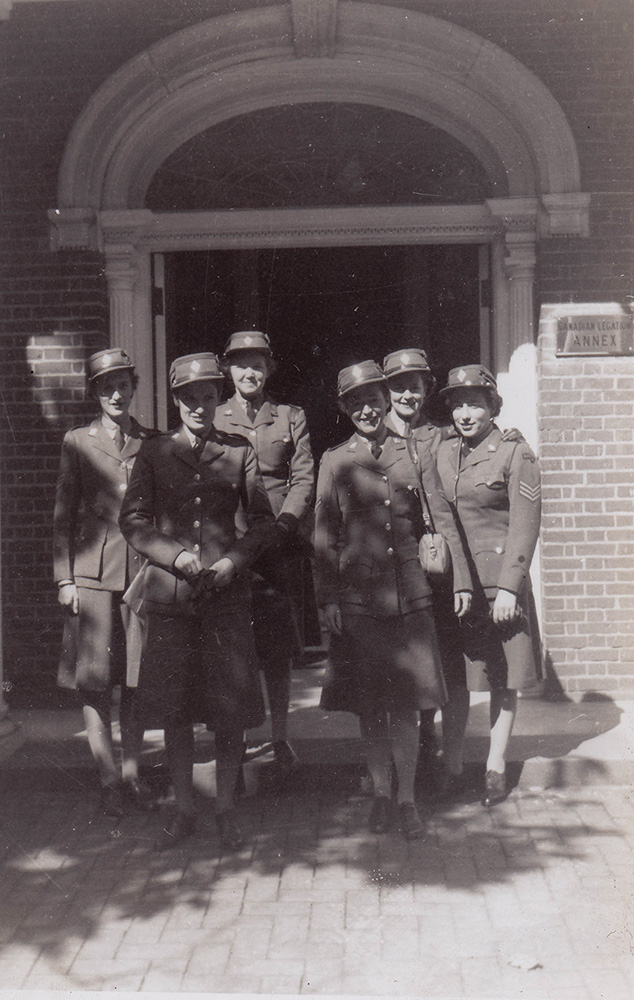 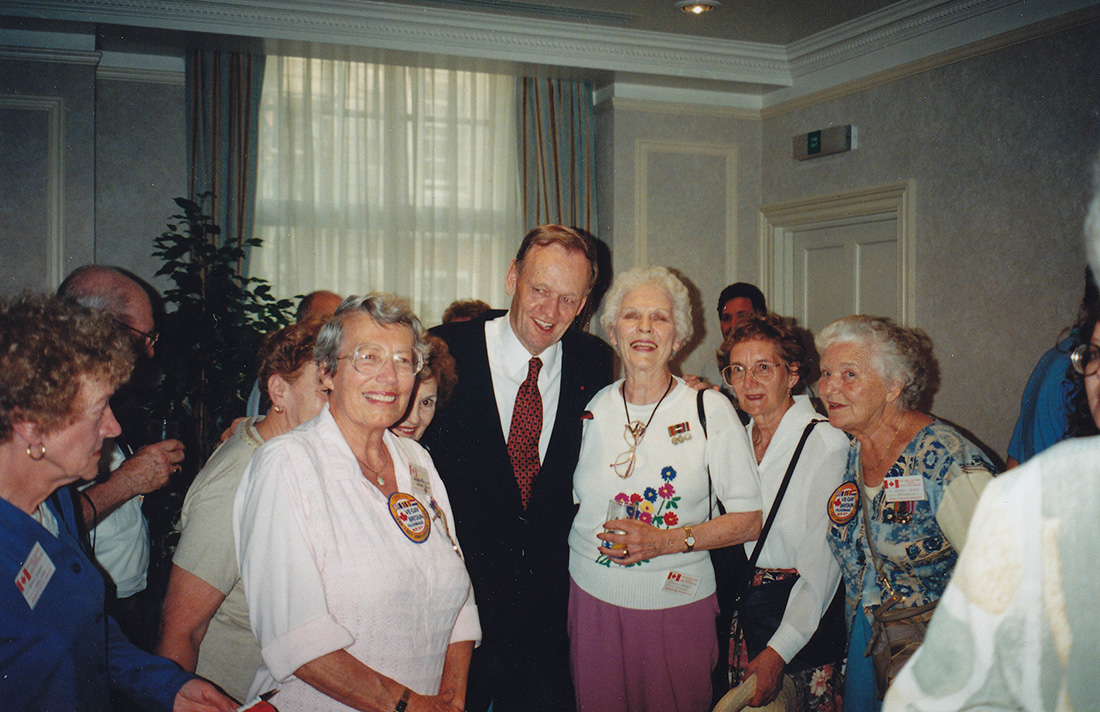 But his brother-in-law, when I first met him, it turned out I said, “Hey, I know you, you were Curly, you were in the Pay Corps.” And he said, “Yes.” And then we talked about the girls in the service. He said we had too much respect to bother them. Well, that was his story. They weren’t all the same. But anyway, that was, among the younger generation, they approved.

I was in sick bay in London and my officer commanding was a female from North Bay. And I knew her just vaguely, she was a bit older than I was, but anyway, she came into the sick bay one day and she said, I have a visitor and she brought her brother in who had been a chum of my brother. And Tom by this time was married, I think he had five little kids, he’d gone over with first division and been over there like five years. He said, “You girls didn’t get over here soon enough.”

I think it was the first breakthrough of the female being able to do a job, being aware enough to apply herself and show that she could do the job. Previously the theory was that most women, and if you’ll pardon the expression, I said most, were just meant to be a housewife and a mother. As I said, I think it was the first major breakthrough because then these girls came back and became more independent. Because of their service and because they had now seen a bit of the world. As I said, I not only got to the States, to England, I got over to Germany, I got to Paris on assignments.

The war was over and it was fantastic celebrations. We saw Mr. Churchill [Winston Churchill] go by in the car with his V fingers up in the air. And we got in front of Buckingham Palace with the queen. I don’t think her husband was there but the two princesses and one was in uniform, the present queen, was in the A.T.S. [Auxiliary Territorial Service] and the place was just alive with people. Fortunately, one of the girl’s husbands was a big man and he just kind of bulldozed and we went right behind him through the crowds in Piccadilly Square. It was all very fantastic and the British people were absolutely exuberant, so excited. They had gone through a lot.

I recall going on leave one time and down, I guess the troops were allowed 20 miles [32.2 km] out and they could only come 20 miles from their base. And my girlfriend’s fiancée was down south so she and I went down part way, he came up and we managed to get a bed and breakfast and at that night, when we were in bed, there was planes, bee bombs coming over, “Boom!” Just steadily. And at one point, one sounded very close and my girlfriend said, “Cover your head, Helen,” which I did.

And at that, it landed very close and the next morning, we found that the chimney on our building was down and all the doors, which were cast iron closures were blown, so the doors came open. But right behind us, there were two houses flattened. And of course, the English said, no, there’s nobody there. But in our house, if that had hit, there would have been at least 10 people killed. So I’m quite sure there were people in those homes. But there was tremendous bravery among the inhabitants of the British Isles.

There were still a lot of men that held to the old school, that the women shouldn’t be in the services. I was quite astounded. A first cousin who was in the air force came into London on leave en route to India and we went to a show and all through the show, that boy kept saying to me, “Helen, get out of the services, no one will ever marry a girl who’s been in the service.” And on and on and on. And I finally said, “Arthur, are you talking from experience?” That was the end of that conversation. He went up to Scotland and I said, “Don’t bother calling me because I don’t want to listen to that.” So I never saw him again, he was killed in India.