"The emotions, I remember, great highs and lows because you were either terrified or you were bored out of your skull."

"The emotions, I remember, great highs and lows because you were either terrified or you were bored out of your skull." See below for Mr. Clements' entire testimony. Please be advised that Memory Project primary sources may deal with personal testimony that reflect the speaker’s recollections and interpretations of events. Individual testimony does not necessarily reflect the views of the Memory Project and Historica Canada. 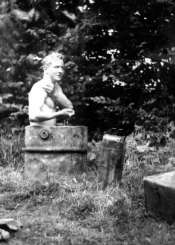 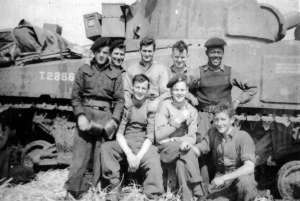 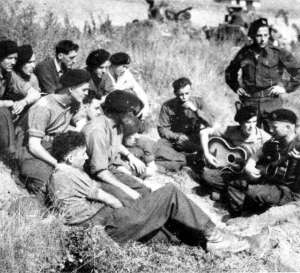 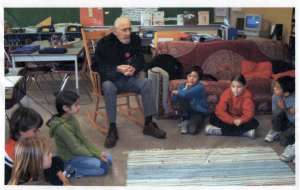 My name is Jack Clements. I served with 4th Div. in Europe right from Normandy into Germany. And I enlisted January 1st, 1943. And I had my basic training in Alberta. And then to Ontario, Borden, for the Armoured Corps training. December I went to England and landed in Liverpool. Had further training. Like I say, I went to Normandy. Some of the most memorable times, first of all, seeing the civilians, you know, how rough they had it. And the weather was extremis. In Normandy it was in the 40s and the tank got so hot you could hardly touch it. And then later on in the war, up in Holland and... and Germany, I think it was one of the coldest winters they'd ever had on record. And living outside most of the time, you had no hot water worth a darn. You had to try to boil up for shaving or anything else. I appreciate hot water like you wouldn't believe. Something like the Holy Grail, I guess. It was pretty bitter. And you'd have to sometimes dig out from the snow, when you woke up in the morning. But the highlights of those were if you could find a barn with hay in it and that was pure pleasure. Some of the memories are the mud, lots of that. Getting bogged down and having to dig out. Oh, digging slit trenches. (laughter) And trenches filling up with water sometimes in the night. That was kind of rough. But the amazing thing about living outside like that, I never had a cold. And yet, in the first part of the war, I got scarlet fever and then in England I got pneumonia. But once we got into the winter and everything, I never had any colds. The emotions, I remember, great highs and lows because you were either terrified or you were bored out of your skull. Or you were relieved because you made it. The problem with looking back on it, we never had time to grieve for our buddies. There was just no time. And then we'd get a chance to go to Brussels or Paris on leave, where they'd take a few of us out at a time. And then you felt glad to get away but you felt guilty for leaving them. You know, you felt you just were letting them down. But we had some funny times. In Normandy we came across a bombed out café. And there was a big barrel cask of red wine and so we thought, oh, we'd be smart and we dumped out our water out of our jerry cans and filled them with wine, which was great for a couple of days and then the paint started coming off from the inside the can. And you found you had to strain the paint through your teeth to drink the wine. And wine is not a thirst quencher so, we finally had to dump that whole thing out. It was kind of fun while it lasted. But I feel every day is a bonus. And I feel very fortunate to have come out alive and without anything worse than that.