"We never had any problem with them. We’d go to their barber shops and get our hair cut. We were invited to their homes for meals."

"We never had any problem with them. We’d go to their barber shops and get our hair cut. We were invited to their homes for meals." See below for Mr. Ritchie's entire testimony. Please be advised that Memory Project primary sources may deal with personal testimony that reflect the speaker’s recollections and interpretations of events. Individual testimony does not necessarily reflect the views of the Memory Project and Historica Canada. 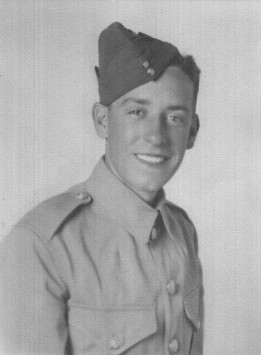 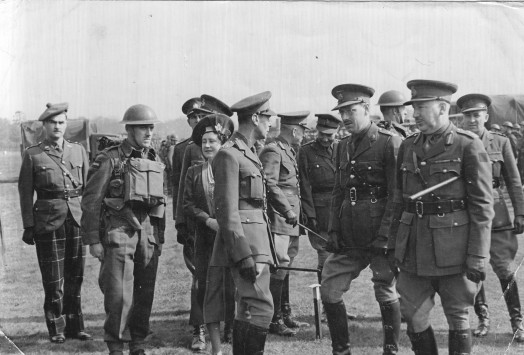 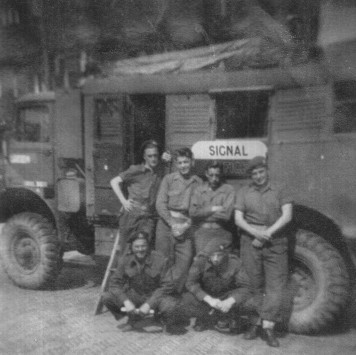 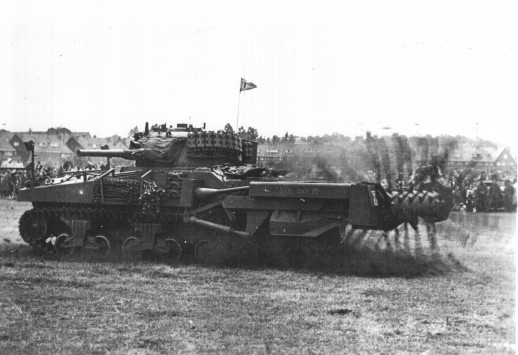 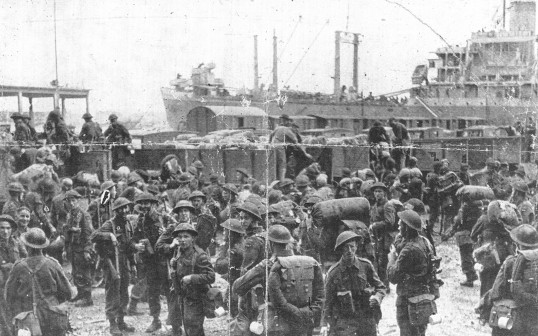 When war was declared in September of 1939, I already belonged to the non-permanent militia, the Signal Corps in London, Ontario and I had trained in the militia and I was more or less qualified as a wireless operator. And I then tried to join but I wasn’t old enough in 1939, so I had to wait until 1941. Oh yeah, I enlisted at, oh, say Wolseley Barracks in London, Ontario. And we went on, from there, we went to Camp Borden. And at Camp Borden, I was with the signals there. And at that time, we were supposed to be the 1st Canadian Armoured Division but things changed and instead of being the 1st Canadian Armoured, we became the 5th Canadian Armoured Division.

We trained in Camp Borden until November and then we went overseas to England. We went to Aldershot. From Aldershot, we went through different training and eventually being equipped and then we were sent out to, in my case, to the artillery section of the division. And I remained with them until the end.

Our unit of the Royal Canadian Corps of Signals, were something like 800 people. Our regiment was divided into a headquarters section, No. 1 squadron, 2 squadron, 3 squadron, 4 squadron. Then in turn, 1 squadron basically became the communications people for the headquarters of the division. No. 2 squadron, which I belonged to, became the signals section for the artillery. The No. 3 squadron went to the armoured brigade, the tanks and so forth. And the 4th squadron, at that time, there was two armoured brigades but as the war progressed along, they did away with one of those armoured brigades and they made various changes.

One particular job I had at, and we were in action at the time, it was up near Ortona. I was operating on the switchboard. And it was very interesting because the phone call would come in and it would be a surveyor. First of all, he would come in with his call and he would want to speak to the officer. So you put him through the officer and then he would tell the officer what he had observed, maybe enemy shell fire, when he saw it flash until he heard the explosion, he would give this information to the officer who would then, with other reports coming in, decide who was doing the firing from the enemy side. And then they would be able to counterfire. That was one of the instances. We spent 13 or 14 months in Italy.

So there, you know, there’s quite often there’s a Christmas in Italy, we had two Christmases in Italy, first Christmas and I was with 5th Light AckAck [anti-aircraft] Regiment and we were in Gravina. I wasn’t actually involved in obtaining the turkeys but we had turkeys and they obtained turkeys maybe two or three weeks ahead of time. And kept them there until they were ready to butcher them and that was what we had for our Christmas dinner, as close as we could be to home.

We never had any problem with them. We’d go to their barber shops and get our hair cut. We were invited to their homes for meals. One particular house we went to, the woman did our laundry and of course, we gave them a little bit of money and other little things and so then in this particular case, in a place they call Dragoni, they invited us in for, for supper one night. And if you can visualize going into this home, it was basically a large room with a bedroom off it. There was a fireplace in one corner and stacked up beside that fireplace was crates of chickens. And on another side of the place, it was partitioned because this is where they kept their mule. And this, this mule, he urinated occasionally. Which was, you know, you could hear all this. And there was little rabbits running all around on the floor. But we had a very good meal. He had a large, oh, very, very large dish of spaghetti.

The fact that many many many young people there, many of them died. I didn’t know I could become this way. (emotional) I guess basically that’s it and they died and the, it’s what we have today, because they gave their life. Not me.