Percy “Junior” Jackson enlisted with The North Nova Scotia Highlanders during the Second World War. He served with the Canadian Army from 1944 to 1977. Listen to Jackson’s mission overseas to reunite with his older brother.

Percy “Junior” Jackson enlisted with The North Nova Scotia Highlanders during the Second World War. He served with the Canadian Army from 1944 to 1977. Listen to Jackson’s mission overseas to reunite with his older brother. Please be advised that Memory Project primary sources may deal with personal testimony that reflect the speaker’s recollections and interpretations of events. Individual testimony does not necessarily reflect the views of the Memory Project and Historica Canada. 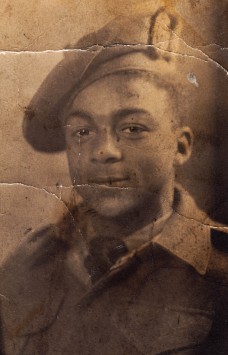 "I walked right up to my brother in Holland. And he was down in a little pup tent in an area in Goor, and he was just running on, doing a little peg, pound a peg in his little tent. And, he looked around at me, then he put a couple more whacks, looked around again, he was stunned, like, and he said, “What the heck are you doing here!”"

Well, my name is Percy Jackson, and I’m 83 years old. I was born on the 19th of December, 1926. I was born in Lucasville [Nova Scotia], which is – just to be born, because we were living in Windsor, Nova Scotia, and I decided that I couldn’t wait to get home, so I was born in a farmhouse in Lucasville. And I was always an honours student, until I quit in Grade 10 to join the forces. Because my father went in the forces, the war came, my brother, who I idolized, he was my mentor, he was my hero, he was everything to me - taught me everything, he was seven years older than me, he went in the armed forces overseas. I was devastated. I was lost. I said, “I have to get in the army. I have to get in the forces, I have to get over there, and either rescue my brother or follow my brother. And find him.”

I tried to get in the forces, to follow my brother. But, when I went there, the guy says, “I’m sorry, but we have your birth certificate and you can’t get in.” So I said, “Okay.” Very disappointed. So I went back home. I tried it again at 16, walked into Halifax recruiting, no problem whatsoever. I passed 100 percent and everything. And my IQ was high. And I went through everything and then after the examinations and everything was over, they said, “Congratulations, you passed, you are now in the forces, all you have to do now is go back home for a couple weeks and we will call you. Get your business done and come back and we’ll call you.” So I says, “I don’t have any business to attend to.” “Oh, you don’t, you want to stay right now?” I said, “Yes!” – went around the line again, in, phase one done. Then, I went in the forces and took my basic training in Yarmouth, Nova Scotia. I was a model soldier. And I couldn’t be nothing else, because my uniforms had to be pressed properly, my shoes had to be shined really good, and it was my discipline and my own respect that I did this, because it was instilled in me to be the best. And I guess my superiors recognized this and they made me a section leader, within one month in the forces. They made me a section leader. That was in 1944. Then, at Christmas, at the end of – just after Christmas, I left after Christmas to go to, I said, "We’re ready" - all my training was done and they had me. They said, “Well, now you’re going overseas.” My mission – I’m on my way! 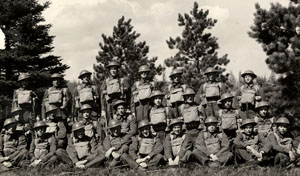 The North Nova Scotia Highlanders Signal Platoon prior to going overseas, July 1941. The 25 men are wearing respirators and steel helmets. These men landed together in Normandy on D-Day.

And all I could think about, my mission was, to go find my brother. But I was supposed to be part of reinforcements for The North Nova Scotia Highlanders. So we went down, we got down in there, I went up into it with my unit – they were in Holland. And I joined the unit and then all of a sudden, I was taken away. I found afterwards, I didn’t know what happened near the end, but I found afterwards – my mother had written a letter, that she said, my brother, who was in the [1944] D-Day raid – who was wounded, about four days after the invasion, passed him up, at a field hospital, in a British field hospital, and he went back into action again. And he was wounded again, in the Liberation of Holland. So she said – she knew I was in the forces, so that’s what surprised me. But she probably might have, so she thought, you know, “Well, look, I’m going to do a favour, because he has no business there.”

So anyway, when they took me from my unit, and they put me in a little tent there, administration tent, and I said, “Well, what am I doing here?” They said, “Never mind, just sit there.” So, they sit there, and I sit there and I sit there and then all of a sudden, I was getting kind of, I was saying, “What am I doing here?” I said, “All my friends, you know, my guys, my fellows I trained with and everything, I’ll never be able to find them, they’ll be gone. Where are they?” And I started to cry. They said, “No, everything’s going to be alright, but we have to, we found something wrong in your documents and we have to check and correct that.” So I said, “Yeah.” Sat there for a while.

I said, “Are we ready yet, because I want to go where my unit is, I’m getting lost.” I said, “I’ll never be able to find them, they’re gone.” They said, “Just be quiet.” And then all of a sudden, again, they said, “You’re going to come with us.” So they took me into Belgium, into an old army barracks that was there, where a lot of other soldiers were there, I don’t know what they were doing there… Anyway, we went there, and they kept me there. They just gave me jobs to – they didn’t say what I was doing, and I wondered where my unit was. I was suspicious, and I said, “Well, maybe, they found out my age.”

So anyway, they give me a job, just cleaned out the room, doing that and just like that… Everything. Finally, they come and they told me what happened. And then, but in the meantime, what happened was, May [1945] came – the [European] war ended. And then I was on my way back to my unit. And then, I went there, and I was looking for this person, looking for that person. I had a good friend there, Gallant, we were always together, and I said - he was from Prince Edward Island – and I said, “Where is he?” And I’m running around, looking for him. They said, “He was killed on the last day of the war.” Well, I blamed everybody for that. I blamed everybody. I said, “There now, if I’d have been here, he wouldn’t have been dead.” Well, that’s crazy, you know what I mean…

Anyway, I get over that sort of thing, and I found my brother in Holland. I walked right up to my brother in Holland. And he was down in a little pup tent in an area in Goor, and he was just running on, doing a little peg, pound a peg in his little tent. And, he looked around at me, then he put a couple more whacks, looked around again, he was stunned, like, and he said, “What the heck are you doing here!” Well, we had a nice greeting. But when I went back to my unit in Amersfoort [Netherlands], they told me all about what happened, why they took me away. They had no choice. So they said, “But, we’re going to keep you here now, the war is over, and what do you want to do? Do you want – you have three choices, do you want to go home, or…” – the war was still on in Japan, so they said, “You can go home, and have a leave, go down in the southern states and train in jungle warfare. By that time, maybe you’d be old enough and you can go to the Far East if you want to.” So I said, “I don’t want to go home.” So I chose to stay in Germany for a year and a half, in the occupation forces. Also, just after the war, when I was in a place called Werne, Germany, and we were going up in the Oldenburg section – Oldenburg, Kleve, Osnabrück, Hamburg, all those cities were just leveled. There was nothing but a pile of brick and stone. 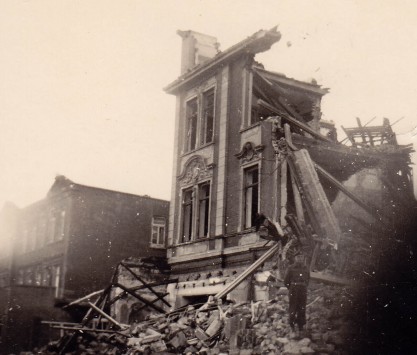 Then there was this, I looked over one time near Werne there was this side hill, on a nice beautiful day. Sun was shining nice. And there was some German soldiers out on the grass, in the sun, and I looked and some of them had no arms, some had no legs. And then it struck me. I said, “My goodness, these guys were somebody’s husband, somebody’s brother, somebody’s child or something.” And I was saying, “My goodness! My goodness! Everybody loses in war.” Then right then I says, “War is not to be glorified, war is hell!” 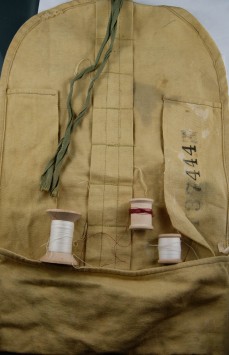 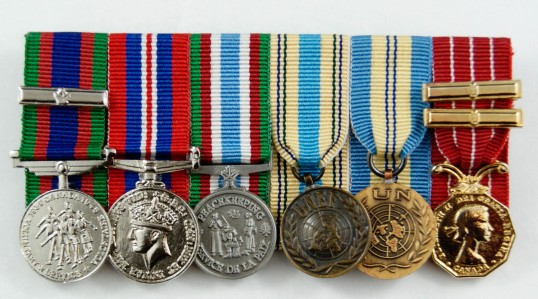 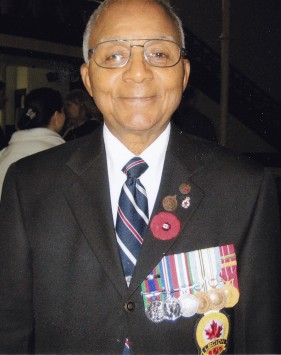