"And I knew that I had shot many of these young soldiers at that time of meeting them. And that seemed to stick in my memory, their faces."

"And I knew that I had shot many of these young soldiers at that time of meeting them. And that seemed to stick in my memory, their faces." See below for Mr. Guy's entire testimony. Please be advised that Memory Project primary sources may deal with personal testimony that reflect the speaker’s recollections and interpretations of events. Individual testimony does not necessarily reflect the views of the Memory Project and Historica Canada. 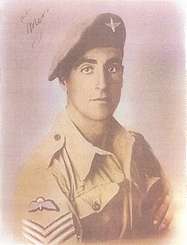 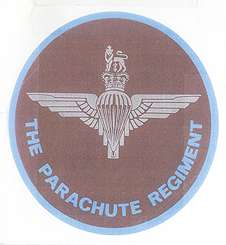 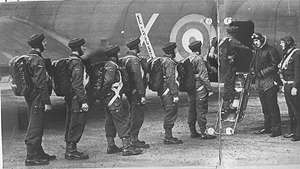 The war started in September 1939 and I went into the army in December, just before Christmas of that year. December 1939. Oh, the training was great because I went into the 1st City of London Regiment, Royal Fusiliers, and I had great training there. And then they were asking for, in the papers, they were asking for volunteers for Commandos to go to Norway, because Norway was being taken over very rapidly by the German Army. And so I joined the Commandos and we were dropped off a small tramp steamer. I was dropped in with other Commandos in a place called Trondheim. It’s just north of Bergen on the north side.

I returned to Scotland and when I got to Scotland, they were talking about breaking the Commandos up in well, the small units that we were in and forming them into larger units, which they did. And we were in No. 2 Commando and so I went back to my old unit, the Royal Fusiliers and I wasn’t back there a couple of months, I was back there two months and they had it in the paper again that Winston Churchill wanted 5,000 parachutists trained very quickly. And so I volunteered for The Parachute Regiment. And I’d done my training, became a parachutist and and I stayed in The Parachute Regiment through the war until I was discharged in 1946.

Very tough. And it was so tough that, a lot of, a lot of soldiers that had volunteered for it dropped out and many of them dropped out. And then what the army decided to do, they decided that they just wouldn’t send the, the soldier back to their unit when they wanted to drop out, they charged them. They charged them with cowardice in front of the enemy and they used to get them in the middle of the whole battalion on parade and disgrace them there. And then send them back to their unit. Wow.

I didn’t like speaking about it. And, because of the things that were, had happened. And also I used to have nightmares, not until just a few years ago, that I had sort of got rid of them. Not that I had any, any help with it but my wife used to wake me up in the nighttime because I used to be screaming and sweating. And I used to, I used to dream a lot and what, what was on my mind mostly was that being able to look at the faces of the young German soldiers that I’d killed, especially the ones that I killed in Norway when we ambushed them on the first time that we’d got there in Trondheim or just north of Trondheim. And our job was as Commandos, we went to forward to find out where the German Army were coming up. And on the roads that they were coming up, we would put up position and ambush them there and kill them.

We would kill the first, what they called scouts that would come around the corner and the British Army at one time when we first started training, they used to send out two scouts in front of a section and the first scout, when it spotted any enemy, would lift up his rifle and the next scout would watch him and lift up his rifle and then the main group would stop and take up defensive positions. Well, that’s what the German Army used to do at the first part of the war, to my knowledge. And we used to let the two scouts go by. Because two scouts weren’t that much harm to us than the main group.

So we used to let the two scouts go by and eventually captured them and the German Army knew this. So the first time I ever ambushed and shot a young German soldier was they came around the corner and there was at least about 35 of them, young German soldiers on bicycles with a carbine slung over their back and they were riding bicycles. And our engineers in the meantime, we were on, on a ridge at the side of a fjord and then on our left was a high mountain and our engineers had gone up in two places and blown the mountain down to block the road in two areas. So that anybody coming around that corner on that road, which the German Army had to, they had to climb over the rubble that was across the road and that’s what these young soldiers done. And like I say, they were so disciplined, they got over and then they formed up in the ranks of three with their bicycles on the other side, with either an officer or an NCO, non-commissioned officer, that was in charge of them. We could hear him shouting orders for them to go over and form up, which they did. And when they formed up, then he told them to advance. But looking up the road, they could see the other debris all over the road, blocking the road again and they knew that there was something wrong. And so did whoever was in charge of them.

And when they got in the middle of the two blown down places, then that was our order to fire and we killed them on the road. I could see their faces because we were up on the ridge for another two hours after. At that time, I was armed with a Bren gun - that was a machine gun - it fired 500 rounds a minute. And I knew that I had shot many of these young soldiers at that time of meeting them. And that seemed to stick in my memory, their faces.

So they got three heavy machine guns up on the mountains to our left and then they fired at us with their heavy machine guns, the ones they sit behind, you know, at that time. And that was heavy firing because they were even using tracer bullets and a tracer bullet was a bullet, every other, seventh, bullet coming out of the machine gun was a tracer. And it used to heat up red hot and at nighttime or any time, a machine gun went, a crew could see exactly where they were aiming, because of the tracer bullets. And they just cut the tops off the trees around us and they shot most of our, they shot half of the 50 young men, Commandos who were up on that ridge. They were shot in the backs, they hadn’t moved from that position, neither had we. I remember the blood and also the cordite, the smell of the cordite into the backs of these young people that had been hit. How we never, we got hit, the rest of us, we don’t know. But we, somebody was looking after us.