"War is a terrible thing. And people survive the war by having a little humour." See below for Mr. Davis' entire testimony. Please be advised that Memory Project primary sources may deal with personal testimony that reflect the speaker’s recollections and interpretations of events. Individual testimony does not necessarily reflect the views of the Memory Project and Historica Canada. 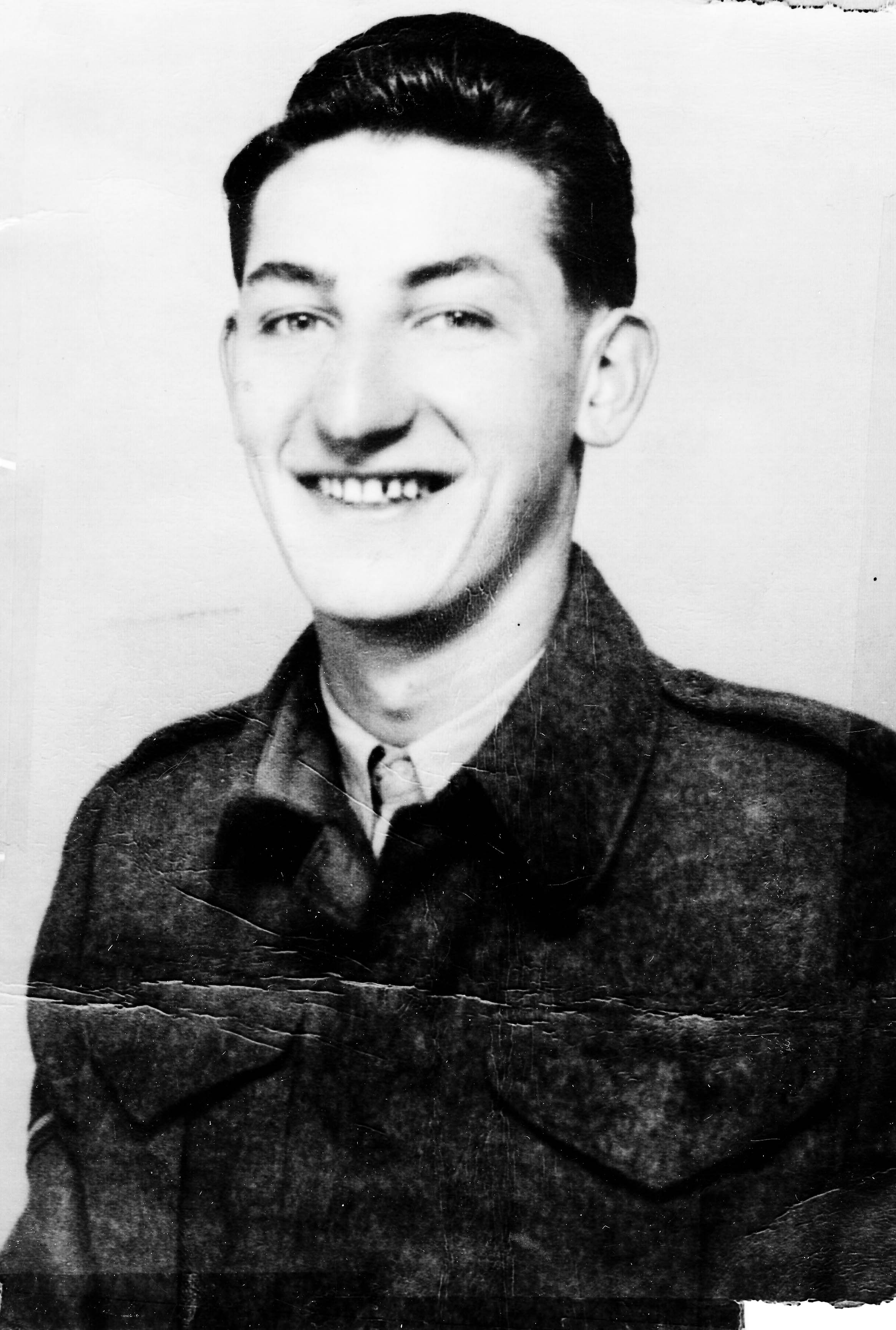 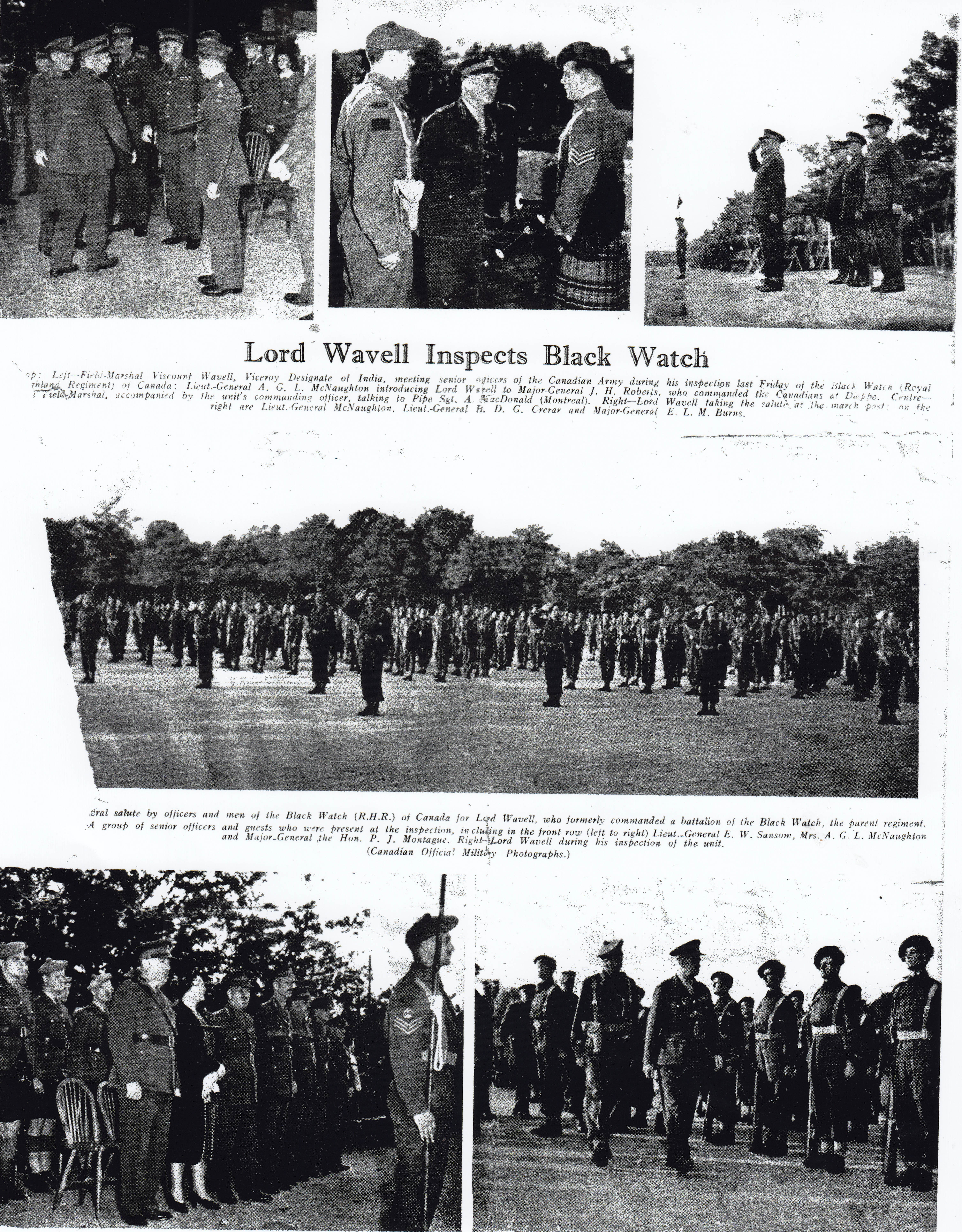 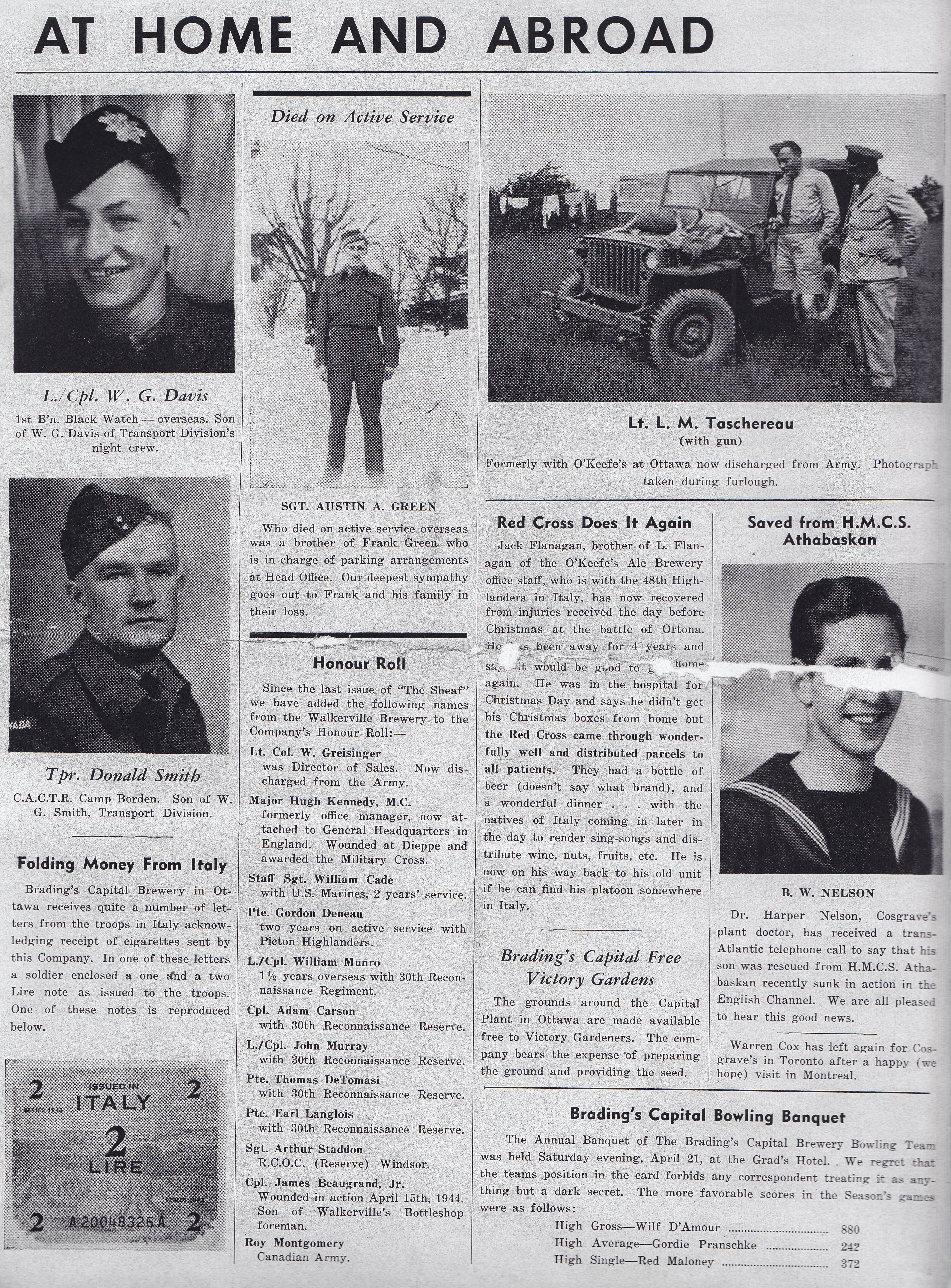 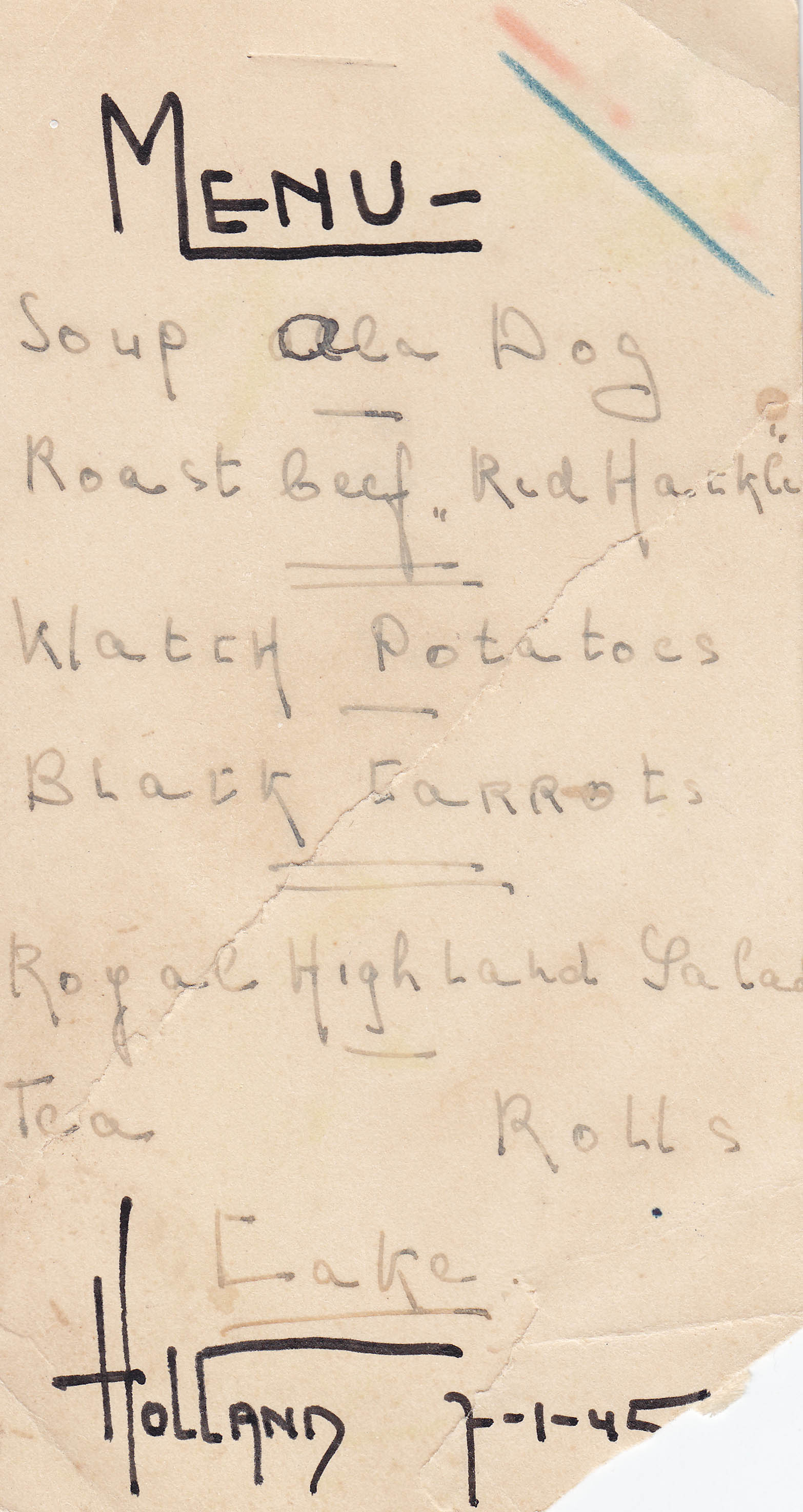 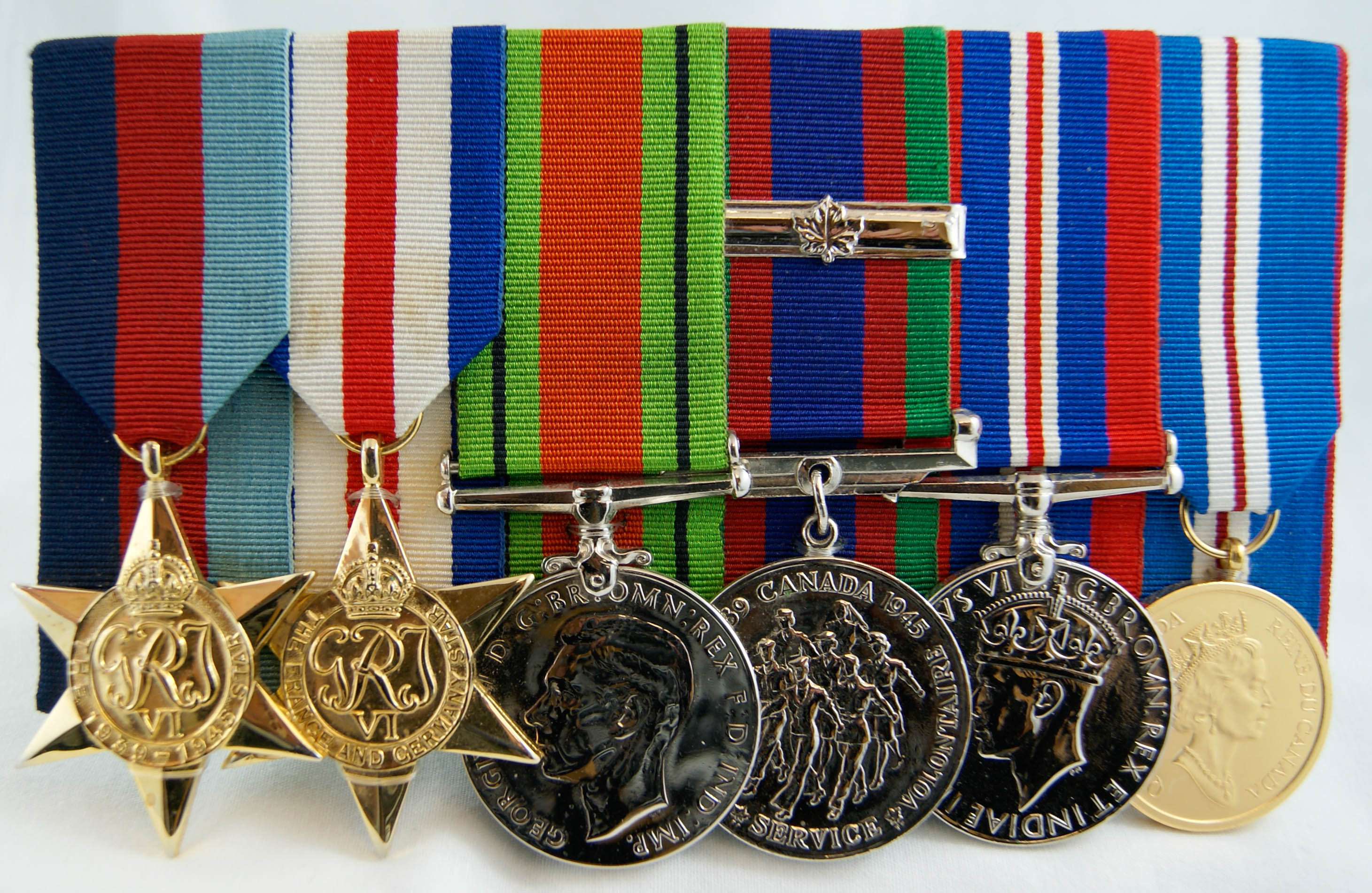 The dirtiest job the Canadian army had was to open up the Scheldt because the Allies desperately needed the port of Antwerp. Antwerp is in Belgium, but most of the Scheldt was in Holland. So the 3rd Division was given the job of clearing the west side and we [2nd Canadian Infantry Division] were given the job of clearing the east side, which was the Beveland Peninsula and the Island of Walcheren. And that was the dirtiest job that we ever had [Battle of the Scheldt].

And at that time, we were taking casualties so heavy, the army broke up anti-aircraft units and signal units and sent those guys into action as infantry men. The poor devils never had a hope in hell of making it home. It was really horrible.

After we fought our way out of Antwerp, we were given the job of sealing off the bottom of this peninsula and by taking a town called Woensdrecht, which sat at the very neck of the peninsula. That was one of the occasions when the order came down from up above, that this was how we do it and no ifs, ands or buts, just do it.

And we moved in, we left our reserve position about 2:30 in the morning [of 13 October 1944] and marched to where our takeoff spot was and about 6:00 or 6:30, we made the attack and we didn’t make it 50 feet and we were cut down by heavy machine gun fire and I don’t know, everything you could catch.

So we went back to our starting point, which was a ditch going down a road and then again, about noon hour I believe it was, they ordered in a second attack. We were going across a thousand yards [914 metres] of so-called polder land, where the Dutch had built dikes all around and then drained the water out and they used those for vegetable farms.

We went across there, a thousand yards, with no cover, no nothing. The only thing that was there was beets. How the hell we ever got across, I don’t know, because the Germans were dug into a big dike at the other side, which contained the railway and a roadway, the only way to get to Walcheren [Island]. We stayed there until, I don’t know, 2:00 or 3:00 in the morning and the word finally come to pull out and all that was left of my company, were 19 of us, 18 of us walking.

Our company commander, Popham, had been shot earlier in the day in the head. I was the senior one left, so I went to take his map case and any papers he might have and he scared the hell out of me, he was alive. So I put a dressing on his head and we walked out back to the clearing area where they had ambulance Jeeps to take people back to the hospital and they loaded us in trucks and took us back where we’d started from the day before.

That guy was shot right through the head and he lived and practiced law in Montreal for many years afterwards. (laughs) He was a tough beggar.

You may find this hard to believe but it wasn’t the fighting that bothered you. You would give your right arm to have a decent night’s sleep in a nice warm, dry place. That became the objective. The Germans were in the way of keeping you from having that. It wasn’t the fighting really that bothered most people. It was the conditions. It was a terrible, terrible fall and winter in Holland, the worst they’d had in 50 years.

We were moving up to a little town called Goes in, on the Beveland Peninsula. And everybody took to the ditch all of a sudden and I jumped in and then went back to see what was going on. One of my guys had fallen on the road and the boys all thought it was a sniper had hit him. He just fell asleep walking and fell down. It was raining and snowing and everything. But that’s how beat up the guys were.

So when we got out of there and they took us to Cuijk [The Netherlands] , it was like being on a holiday for us, you know. Four or five days in the line and out for maybe three days or even a week, and just doing, cleaning weapons and doing a little fieldwork. To us, it was just like having a holiday.

War is a terrible thing. And people survive the war by having a little humour. Oh, they used to do all kinds of silly things when we’d be out of the line. I had a fellow with me that, today they call it post-stress disorder or something. In those days, we called it bomb-wacky. Guys would just go kind of nuts and run around and do different things but this fellow had already been back to what they’d call the sleep camp.

If you went bomb-whacky, they’d send you back to this place, give you a needle and put you to sleep for 48 hours. They’re supposed to keep you there for a few days until you settle down and send you back up. The second time, they were supposed to put you in a labour battalion, so you didn’t go back and do any fighting. But we were so short of guys that they’d give you the 48 hour sleep, hand you a rifle and send you back.

Now, this fellow had been back twice and the other platoons didn’t want him because he’d get up in the middle, as soon as any shells or mortar shells landed, he’d start running around and hollering. But he was a good soldier otherwise. I said I would take him. When he’d get up, I kept him with me, if he tried to get up and run around, I’d just bat him one and knock him out and we became very good friends. And on more than one occasion, he saved my skin.

We used to call him the Duke, because when we were up in Groesbeek [Netherlands], where they’d drop the paratroops and the gliders, there was thousands and thousands of parachutes hanging in the trees and on the ground. We were collecting them up. I sent a bunch of the silk home to my family. There was the best of silk in those days, in parachutes. He made himself like a cravat and wore around his neck. He always looked like a dandy.

And everybody used to have some kind of German weapons, Luger pistols or what have you, and the order come from up on high, “All German weapons were to be surrendered.” So we were in this little town of Cuijk, and there was a pub next door that sold beer that was about as strong as water but better than nothing. We were standing there, about 20 of us, when the MPs [military police] rolled up in two or three jeeps. Everybody had a German pistol or something. The sergeant of the MPs said, “You have to surrender those or I’ll put you under charge.”

And the Duke pulled off a John Wayne. He was wearing two pistols. “If you want these, you’ve got to come and get ’em.” Of course, the MPs are looking. Here’s 20 guys armed to the teeth. They just got back in their jeeps and drove off. Those kind of things became rather legend in the army and gave everybody a good belly laugh.