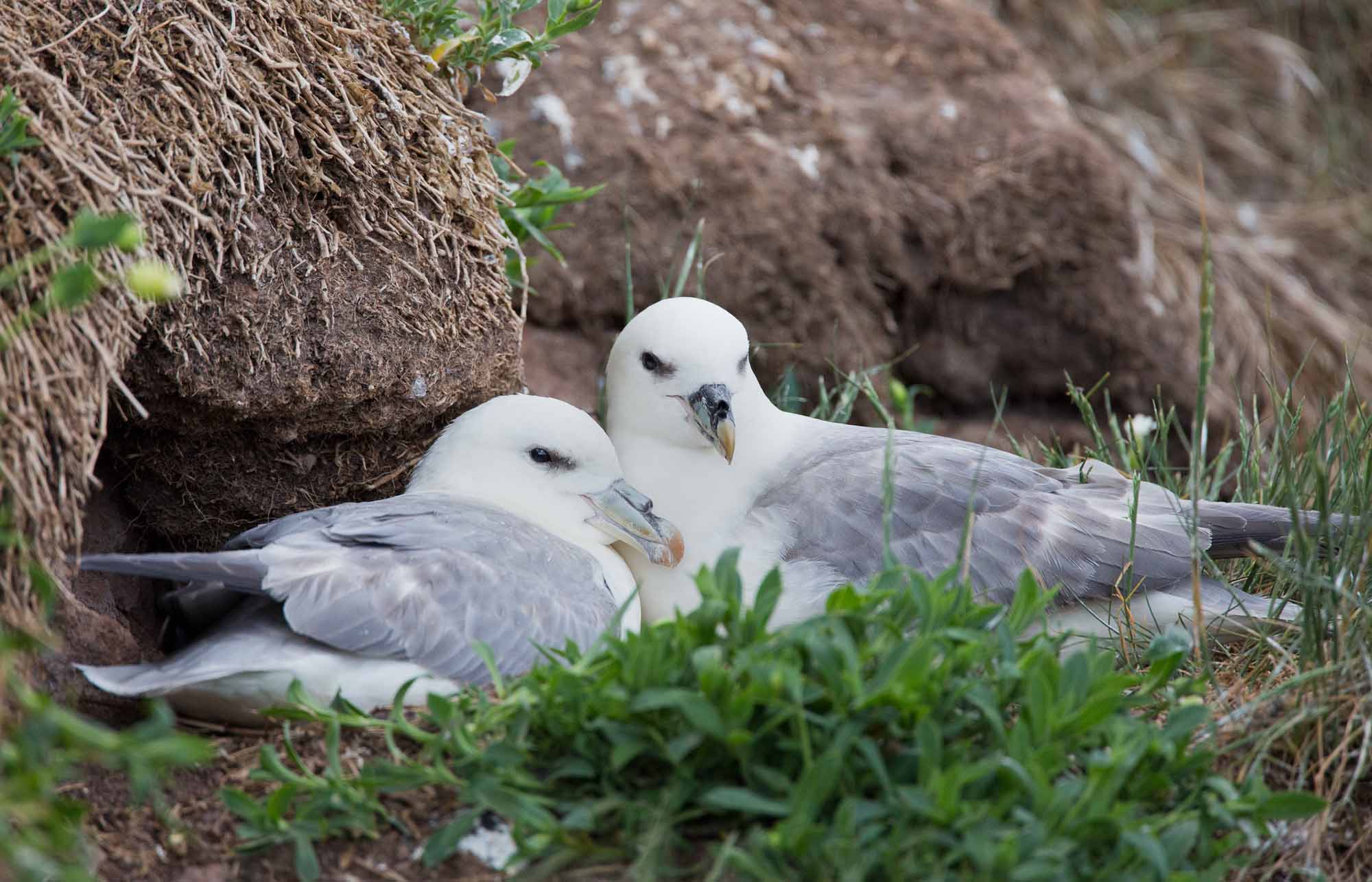 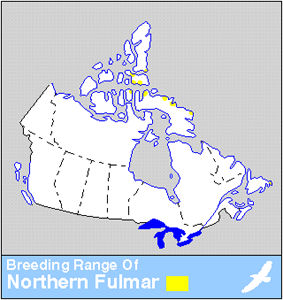 PreviousNext
The northern fulmar (Fulmarus glacialis, family Procellariidae, order Procellariiformes), medium-sized, tube-nosed seabird, about 50 cm long, related to the albatrosses. Birds from warmer parts of the Atlantic are usually white with greyish wings, while those from colder parts are brown all over; the opposite holds in the Pacific.

Originally, the northern fulmar was an arctic bird, but around 1820 it began to spread southward into the eastern Atlantic, perhaps scavenging from the fisheries. As a breeding bird it reached Atlantic Canada around 1970, and a few pairs now nest in Newfoundland. Most Canadian fulmars, about 400 000 pairs, breed in the eastern Arctic, above 67° north latitude. Alaskan migrants visit BC waters; birds from Greenland and the eastern Atlantic winter off Newfoundland.

Fulmars breed on steep cliffs, laying a single, whitish egg on bare ledges. They defend their nests by vomiting a stinking oil over any intruder.