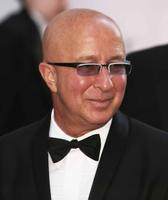 Paul (Allen Wood) Shaffer. Keyboardist, comedian, singer, actor, songwriter, b Toronto 28 Nov 1949; BA sociology (Toronto) 1971, honorary DFA (Lakehead) 1988. Raised in Fort William (now Thunder Bay), Ont, Paul Shaffer studied piano as a child and was organist with a local rock band, the Fugitives, in his teens. While attending the University of Toronto, he played jazz with the guitarist Michael Muñoz and worked in local bar bands. He was musical director for the Toronto production of Godspell in 1972 and then began commuting to New York, settling there by 1974 and continuing to play for theatrical productions. Paul Shaffer was a member of the band led 1975-80 by fellow Canadian Howard Shore for NBC-TV's Saturday Night Live. Latterly Shaffer joined the show's cast in minor comic roles. He also served as music director for the Blues Brothers (seeBlues) and acted in the feature film This is Spinal Tap during this period.

After working in New York studios on recordings by Joan Armatrading, Nina Hagen, Yoko Ono, Diana Ross, and others, he returned to TV in 1982 as the bandleader on NBC's Late Night, again also taking a comic role, this time as the cool, unflappable foil to host David Letterman. Shaffer moved with Letterman to CBS for his new late-night talk show and has led the CBS Orchestra for the Late Show with David Letterman since 1993. In 1989 he made his record debut as a leader (and singer) with Coast to Coast (Cap C-48288), an album made in eight different US cities in order to pay tribute to the respective pop music traditions associated with each. A second album, The World's Most Dangerous Party (0777 7 89530 2 9 SBK Records), followed in 1993. An earlier single co-written with Paul Jabara, "It's Raining Men," was recorded by the Weather Girls and later by Geri Halliwell; both versions became popular, the latter reaching number one position in the UK.

In 1991 Paul Shaffer served as host for the CBC telecast of the Juno Award ceremonies. As an actor, he appeared in several feature films (including Look Who's Talking Too) and television shows. He served as music director for the film Blues Brothers 2000, for several Rock and Roll Hall of Fame induction ceremonies, and for the 1996 Olympics closing ceremonies. Shaffer hosted the television pop music series Cover Wars in 2001. He was the recipient of the Queen's Golden Jubilee Medal and a Creative Coalition 2000 Spotlight Award, and a street in Thunder Bay was named for him. He is a member of the Order of Canada. Shaffer received a star on Canada's Walk of Fame in 2006.

Shaffer published his memoirs in a book he co-wrote with David Ritz titled We'll Be Here for the Rest of Our Lives: A Swingin' Showbiz Saga.