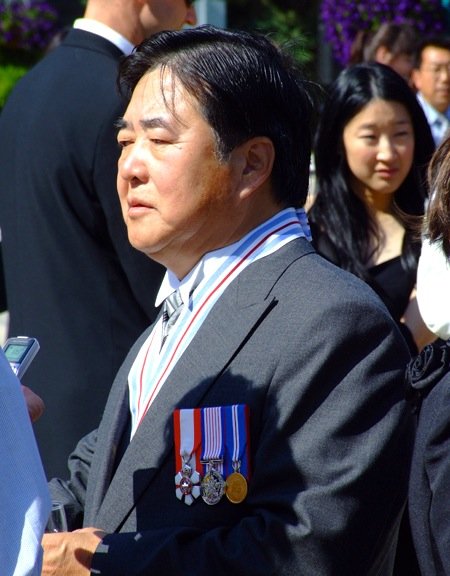 Philip Lee was born in Hong Kong, the youngest of nine children. He attended a school run by missionaries from Montreal and at age six converted to Catholicism (his parents were Buddhist). Lee went on to study at Wah Yen College, run by Irish Jesuits.

In 1962, he immigrated to Canada to pursue post-secondary studies in chemistry at the University of Manitoba. While in university, he was active in campus politics, serving as the chairman of the University College Students Association. Lee received his bachelor of science degree in 1966 and later earned a diploma in public administration in 1977.

In 1967, Lee began working for the city of Winnipeg as a research chemist , specializing in water research. Between 1967 and 1972, he and his team investigated water quality and supply in the city and were actively involved in the study and maintenance of the Shoal Lake water supply, a 135-km aqueduct that delivers Winnipeg’s drinking water (see Water Distribution System). At the time of his retirement from the city in 2005, he was branch head chemist, leading the team in charge of Winnipeg’s industrial waste control program (see Waste Disposal).

In addition to his professional career, Lee became an active participant in Winnipeg’s Chinese community and advocated for its participation in various cultural events such as those occurring in the centennial year of the province (1970).

Lee held numerous leadership roles and board positions in various groups; for example, he served as the executive board member for the Winnipeg Chinese Cultural and Community Centre, the Chinese Development Corporation and Manitoba’s 125th. To increase the presence of Chinese cultural landmarks in the city, he supported the construction of Winnipeg’s Chinese Cultural and Community Centre in the Dynasty Building, as well as the Mandarin Building, and the Chinese Gate and Garden. All have helped develop Winnipeg’s Chinatown and have since become tourist attractions in the city.

In the broader community, Lee was also a board member of the Winnipeg Symphony Orchestra and the University of Manitoba’s Alumni Association. He served as a member of the City of Winnipeg’s Refugee Assistance Committee and on the board of the Manitoba Human Rights Commission.

On 4 August 2009, Lee was installed as the 24th lieutenant-governor of Manitoba by Governor General Michaëlle Jean on the advice of Prime Minister Stephen Harper. Lee was the first person of Asian heritage to be appointed to the vice-regal position in Manitoba and the third Chinese Canadian appointed lieutenant-governor in Canada, after David Lam (British Columbia, 1988–95) and Norman Kwong (Alberta, 2005–10) (see Crown).

“I’ve always called myself Chinese-Canadian and I’m a very proud Chinese-Canadian myself,” Lee said in 2009. “I know there are people who worry that multiculturalism means the strength of the attachment to Canada is weakened. I would say (it) has actually enhanced our country’s ability to deal with all nations in the global sense.”

During his term, Lee’s mandate was to increase awareness for visual impairment (his daughter Margaret is blind) and to ensure equal opportunity for Manitoba’s youth.

Lee established two lieutenant-governor awards during his term: the Award for the Advancement of Interreligious Understanding (2010), awarded to a person who “embodies understanding between all religious groups”; and the Historical Preservation and Promotion Award (2011).

Lee officially concluded his term as lieutenant-governor on 19 June 2015, when he was replaced by Janice Filmon, a social worker, philanthropist and community activist and the wife of former Manitoba Premier Gary Filmon.

Lee and his wife, Anita, were married in 1968. They have three daughters, Margaret, Mabel and Malinda.