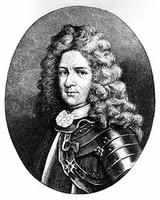 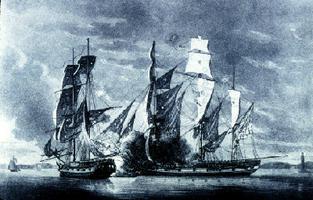 Privateering refers to government licensing of private vessels to wage war against enemies of the state. In Canada this commenced with Samuel Argall's attack in 1613 on Port-Royal, Acadia. English privateers, operating out of harbours in New England and Newfoundland, included the Kirke brothers who captured Québec in 1629. French privateers operated out of Port-Royal, Louisbourg and many isolated harbours, and included Pierre Le Moyne d'Iberville, who in 1696-97 captured and burned St John's and terrorized several coastal communities in Newfoundland. From 1756 to 1815 British privateers sailed from Halifax, Liverpool, Shelburne, Annapolis Royal, St Andrews and Saint John, cruising as far south as Venezuela. Britain's embroilment in numerous wars presented no shortage of conflicts in which privateersmen could become involved.

A cruise began when merchants invested risk capital. Usually a merchant vessel was converted, although infrequently a ship was specially built. A privateering licence (letter of marque) was acquired from the governor and the vessel was fitted out appropriately. Privateersmen received no salary, but rather signed aboard in the hope of sharing prize money. Although most came home, many were buried abroad or consigned to the ocean in canvas sacks with cannonballs at their feet. A captured vessel and its cargo were sent before the Court of Vice Admiralty in Halifax and, if judged to have been legally taken, were sold at public auction. During the War of 1812 the Liverpool Packet sent some 50 vessels before the court. The judge and court officials received commissions, and further proceeds were shared among each vessel's owners, its captain and crew, and the "informer" (as the captor was termed).

Privateering from Canadian ports ceased in 1815 with the Treaty of Ghent, although it was not ended by international convention until the Declaration of Paris in 1856. Privateering was more than an economic activity, for it provided a means of defence and offence managed at the local level, much like the Canadian militia.