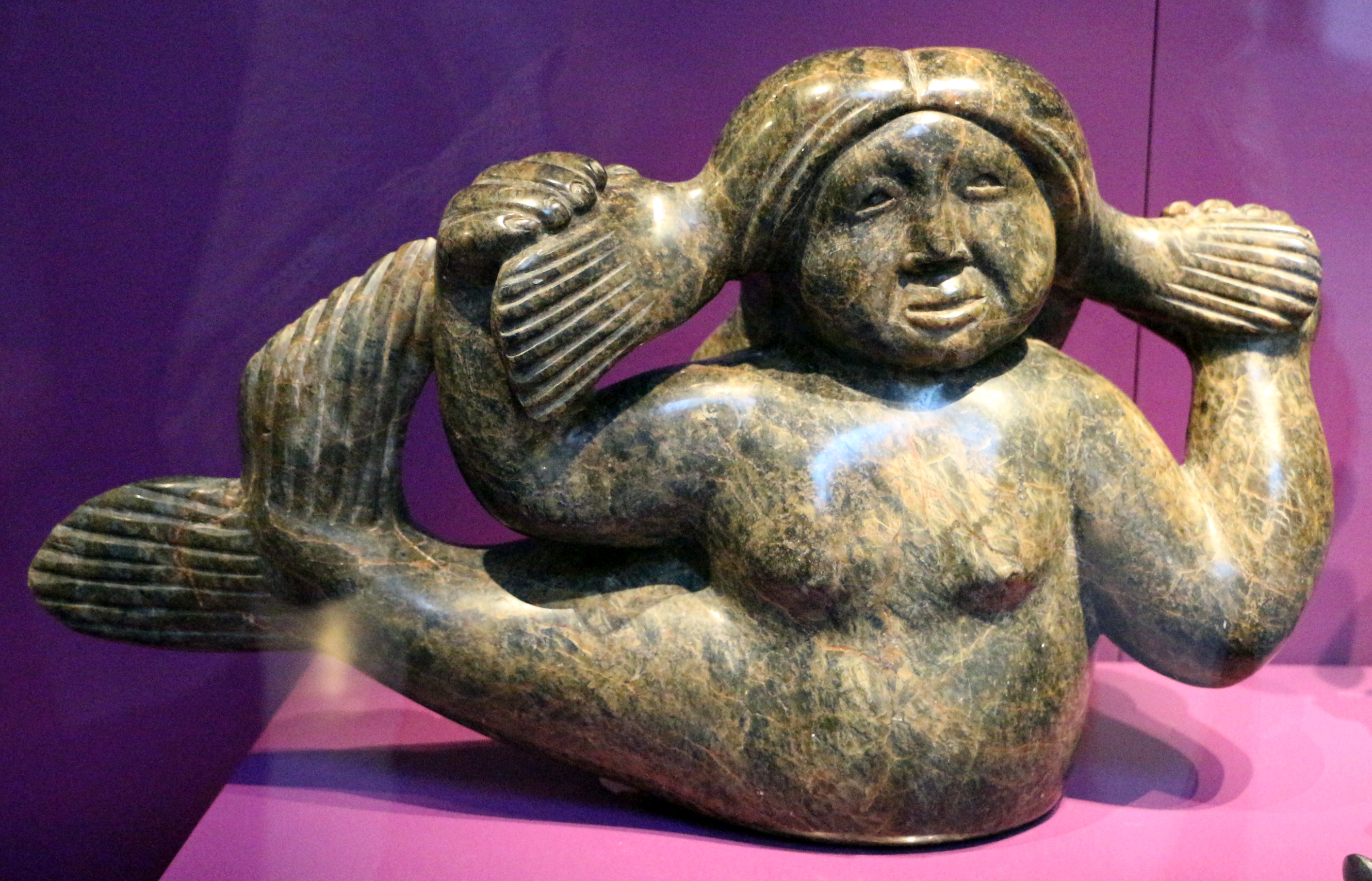 Sculpture of Sedna, Goddess of the Sea, by Inuk artist Qaqaq Ashoona in the National Museum of Finland.

A reserved man with traditional values, Qaqaq chose for most of his life not to reside in the modern settlement of Cape Dorset, preferring instead to maintain a year-round camp on the land. Qaqaq’s father died when he was still a teenager at the time he was learning how to hunt. Nonetheless, he continued to hunt and trap as the principal way he supported his family. When asked whether he was an artist or a hunter, he affirmed that he regarded himself principally as a hunter. Qaqaq began carving in order to supplement his income at a time, in the immediate aftermath of the Second World War, when the market for furs was depressed.

Depicting animal, human and spirit figures, Qaqaq’s sculptures are characterized by their compactness and their bold forms. The relatively well known Bust of Woman Holding “Ajuktaut Racquet” (1977), in dark grey stone, depicts a woman with a broad, fierce face, her body sweeping back into an arm holding a racquet menacingly behind her head. Sea Spirit Composition (1980) has the regal bust of a woman with a more tormented figure bursting out of the top of her head, its arms stretching upward, its fingers coiling around one another like serpents. Carved from smooth, sensuous green serpentine, Sedna (1985), the Goddess of the Sea, is rearing up, its scowling face gazing upward and tail flipping behind (see The Goddess of the Sea: The Story of Sedna). Bird Defending (1987), also carved in serpentine, features a curved form with an eye and a beak, a single wing folded across its back. The tactility of Qaqaq’s materials and the simplicity of his forms, suggests a fluid continuity between the animal, material and spiritual worlds. (See also Inuit Myth and Legend.)

Qaqaq’s sculptures were first exhibited at the Coronation Exhibition in London, England in 1953. His first solo show was at the Gallery of the Arctic in Victoria, British Columbia in 1973. His work was subsequently shown widely in both Canada and internationally. (See also Inuit Art.)