Ray Mead, visual artist (born 22 September 1921 in Watford, Hertfordshire, England; died 5 September 1998 in Toronto, ON). A member of Painters Eleven and the Ontario Society of Artists, Mead was included in the Jubilee Year Canadian Art Show at the Art Gallery of Toronto (now the Art Gallery of Ontario) in 1950 and the Painters Eleven show at the Roberts Gallery in 1954. A formative influence on the development of modernism in Canada, Ray Mead is one of Canada’s most celebrated 20th-century painters. 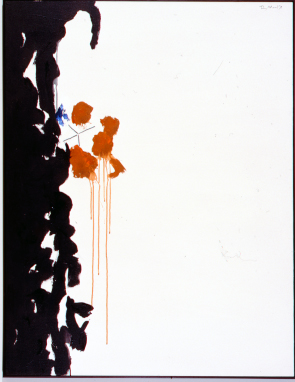 Raised in a cultivated middle-class family in the small rural community of Watford, Hertfordshire, northwest of London, Mead’s appreciation for art was nurtured at a young age by his grandmother, an avid art collector and raconteur. On regular excursions to the Tate and the National Gallery in London, Mead’s grandmother acted as a guide, historicizing the paintings and dissecting their formal language. In addition to these outings, Mead spent many hours on his own studying his grandmother’s personal collection, which included works by James McNeill Whistler and Gils Anderson.

During these formative years, Mead received his first formal lessons in art from an uncle who was an amateur painter. By the time he was 10, he had become entirely preoccupied with drawing, honing his observational skills through detailed renderings of the St. Ives harbour near his home. At the age of 14, Mead sought out the sea and landscape painter Charles Holmes to train him in traditional methods.

Mead went on to pursue a degree in Fine Arts at the Slade School of Art in London under the tutelage of Randolph Schwabe, Gilbert Spencer and John Nash. There he was introduced to the work of Mark Gertler, Henry Moore, Augustus John and other prominent English artists of the time whose emphasis on visual acuity and technical skill would have a major effect on Mead and accounted for the restraint of his early paintings.

In 1939, shortly after graduating, Mead joined the Royal Air Force as a fighter pilot. Due to an injury in 1941, he was re-stationed to Mount Hope Airfield Base in Hamilton, Ontario, but was soon moved to the United States to train American bomber pilots. On a trip to New York City, Mead was exposed to American-style painting and was immediately drawn to the semi-abstract compositions in vogue at the time. 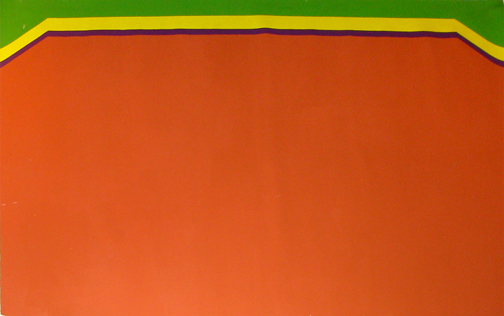 Upon his return to Hamilton, Mead befriended the painter and former student of Hans Hofmann, Hortense Gordon, forming a relationship that would prove consequential. It was Gordon who convinced him to take part in the important 1950 Jubilee Year Canadian Art Show at the Art Gallery of Toronto, an exhibition of work from the across the country. Mead’s contribution, a cubist-inspired still life, was singled out as representing a new direction in Canadian painting, an accolade that put him on the cutting edge of Canada’s art scene.

In the early 1950s, Mead became a member of the Ontario Society of Artists. In the same year he contributed Bottles in the Evening, a still life from 1950, to the group’s 80th annual exhibition at the Art Gallery of Toronto, which won him the Taber Dulmage Feheley Purchase Award for innovation in painting. Though vaguely cubist in style, Bottles in the Evening remained moored to Mead's classical English training, an approach that, in the 1950s, was in growing tension with the modernist tendencies in his work.

In 1953 a group of young artists, Mead among them, formed Painters Eleven. Their aim was to resist the conservatism of Canada’s landscape tradition, which they believed had prevented modernism from developing in the country. In the same year, Mead took another important trip to New York City where he was introduced to the work of Robert Motherwell and Franz Kline; their action-packed emotive style effectively unshackled Mead’s rigid strokes and opened his work to the expressive possibilities of paint.

In 1958, Mead relocated to Montréal to work as the art director for a prominent advertising agency. During his time at the firm, his work continued to expand, slowly moving away from the dogma of Painters Eleven. Mead would show with the collective one last time that year at the École des Beaux-Arts before the group disbanded in 1960. 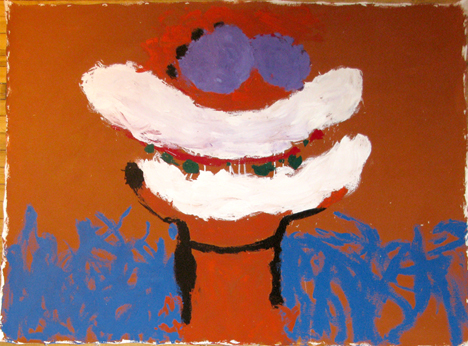 The 1960s were a fruitful period for Mead. A chance meeting with the collector and gallerist Denyse Delrue at the École des Beaux-Arts in 1958 proved invaluable. Delrue took an instant liking to the young artist and gave Mead solo exhibitions in 1963 and 1964. In 1960 and 1964, Mead showed at the Montreal Museum of Fine Arts and in 1960 and 1961 at the National Gallery of Canada. In addition, Mead contributed to the important Centennial Exhibition of 1967 at the Art Gallery of Hamilton and to the Toronto Painting show in 1972 at the Art Gallery of Ontario.

Mead’s output was dramatically halted in 1964 due to health problems caused by the chemicals he had been exposed to over the course of his career. When he returned to painting eight years later, he reaffirmed his commitment to colour in large-scale abstractions. With the move from oil to acrylics, which began in the 1970s and lasted into the 1990s, Mead was able to attain a purity similar to that found in the work of American painter Mark Rothko. In 1982, Mead was given a midcareer retrospective at the Robert McLaughlin Gallery in Oshawa curated by Joan Murray. The show was praised for the striking frankness and emotional depth of Mead’s mature style. 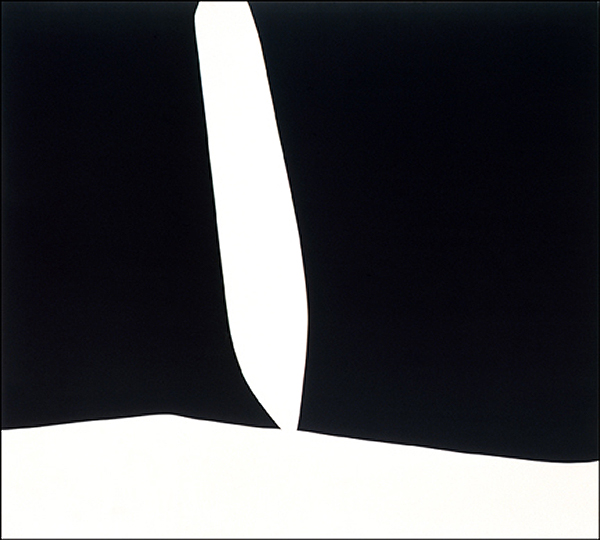 Choosing to work without a dealer for the next decade, Mead participated in a number of solo and group exhibitions and moved back to Toronto in 1986.

In the early 1990s, Toronto’s Simon Dresdnere began to represent Mead, holding two solo exhibitions in 1991 and 1992. After the second show, Mead joined the Christopher Cutts Gallery where he remained until his death in 1998.