Robert Latimer, who killed his disabled daughter, was interviewed by Radio-Canada in 2011, after being paroled from prison. 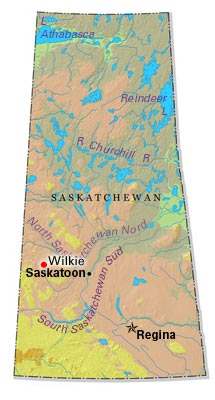 In 1993, Robert Latimer, a farmer residing near Wilkie, Saskatchewan, killed his severely disabled daughter Tracy, in what he claimed was a loving act of mercy. His prosecution and imprisonment for murder attracted national and international attention, and raised contentious legal and moral issues concerning euthanasia.

Tracy was born on 23 November 1980, in hospital in North Battleford, Saskatchewan. During birth her heart stopped beating and she stopped breathing, resulting in severe brain damage due to oxygen deprivation. Medical staff revived her, but she began to have seizures. Tracy was rushed by ambulance to the Royal University Hospital in Saskatoon where she was treated to reduce swelling in her brain and lessen seizure activity. Robert and Laura Latimer took their daughter home when it appeared that with medication, the seizures were under control.

After several months, the seizures began again and increased in frequency. Over the next four years, doctors used various drugs to control them. They reduced the seizures to five or six a day, the number Tracy would endure daily for the rest of her life. However, the medication made Tracy lethargic, and exacerbated damage already done to vital functions such as breathing and digestion.

Tracy had cerebral palsy, a muscular disorder she developed as a result of the interruption to the supply of oxygen to her brain. Her form of the condition was one of the most severe, because it affected her entire body. She was bed-ridden, with no control of her limbs. Her mental capacity was that of a five-month-old baby. Tracy couldn’t speak, though she responded to affection and smiled. She had to be spoon-fed. She was underweight and dehydrated due to frequent vomiting, and so periodically had to be given fluids and nutrients intravenously.

At age four, Tracy underwent surgery to relieve muscle tension in her left leg. That resulted in great pain due to involuntary movement in her right leg. Because of the anti-seizure drugs, she couldn’t be given pain suppressants any stronger than acetaminophen. At age nine she had surgery to balance muscle pressure through the cutting of tendons and the lengthening of muscle tissues. She eventually developed scoliosis. Doctors partially corrected the curvature of her spine by wiring steel rods to it. However, because of muscle imbalance and abnormal signals from the brain, Tracy developed dislocated hip joints which caused her to scream from pain.

On 12 October 1993, Robert and Laura were told that further surgery was necessary. Tracy’s right hip joint and part of the femur would have to be removed. Even if the operation were successful, her condition would deteriorate and she would likely need surgery on her left hip and the insertion of a feeding tube into her stomach. The post-operative pain would be intense.

Laura Latimer would later say she told Robert she thought Tracy would be better off if she died. “I told him I wished we could call Dr. Jack Kevorkian (an American pathologist and euthanasia activist).” The Latimers were aware that children with Tracy’s condition had a short life expectancy. Robert believed that as Tracy’s father, he had an obligation to protect her from what he perceived to be unnecessary torture.

On 24 October 1993, while Laura and their three other children were at church, Robert, then aged 40, placed 12-year-old Tracy in the cab of his truck. He ran a hose from the tailpipe to the cab, and turned on the motor. Tracy painlessly succumbed to the effects of exhaust fumes. Laura allegedly had no knowledge of Robert’s action. When she returned home and found Tracy dead in her bed, she thought the child had died in her sleep.

An autopsy revealed that Tracy had died from carbon monoxide poisoning. When police confronted Robert Latimer with the evidence, he confessed and was taken into custody. However, he insisted that he had not committed a criminal act.

Latimer’s trial in November 1994 drew international attention. He was tried on a charge of first degree murder, and on 16 November a jury convicted him of second degree murder. The judge sentenced him to the mandatory minimum penalty: life imprisonment with no parole for 10 years. The Saskatchewan Court of Appeal upheld the conviction.

In February 1997, the Supreme Court of Canada ordered a new trial on the grounds of jury tampering by the prosecutor in the first trial. Latimer’s second trial began on 22 October 1997. He had a sympathetic judge and jury, but Canadian law held no provision for leniency in a case of “compassionate homicide.” Latimer was again found guilty of second degree murder.

The second trial judge found that the original sentence was “grossly disproportionate” to the offence, and granted Latimer a “constitutional exemption” from the mandatory minimum sentence – instead handing down a sentence of one year in prison followed by one year of probation. However, the Saskatchewan Court of Appeal and the Supreme Court upheld the original sentence.

In January 2001, Latimer was imprisoned in the William Head minimum security facility near Victoria, British Columbia. His request in 2007 for day parole was denied, but was granted in 2008. His parole restrictions were gradually reduced, and in December 2010 he was released on full parole.

Latimer’s case was polarizing. His sympathizers argued that he had always been a loving parent, and acted out of genuine compassion. An Ipsos poll taken in 1999 indicated that a majority of Canadians agreed, and wanted him to receive a lenient sentence. Advocates for the right to a merciful and dignified death presented Latimer’s case as strong evidence that Canadian laws regarding euthanasia and assisted suicide needed re-examination. As Howard Wallace, a neighbouring farmer in Wilkie, said in 1997: ''Bob Latimer is not a murderer and he is no threat to society . . . It's a shame to take him away from his family and lock him up.''

However, groups advocating for the rights of the disabled expressed deep concern that legal leniency in Latimer’s case could set a dangerous precedent and put disabled people at risk. Latimer’s action was also strongly condemned by religious groups. ''I don't understand why there's so much support for this man," said Ron Bort, provincial president of Saskatchewan Voice of People With Disabilities. Bort said Latimer did not have the right to end his daughter's life. ''For someone else to decide your life is not worth living, that's the scary part.''

Latimer expressed his own views to reporters after his second trial, saying that in the absence of any legal way of ending his daughter's suffering, the decision to kill her was the right one. Years later, his views hadn't changed.

Tracy's death "was difficult, but it wasn't sad," he told Radio-Canada in 2011, in his first public interview since receiving full parole. He described her many surgical operations, and the ones she would still have faced as "torture" and "mutilation." Asked what Tracy herself would have wanted, he conceded that it was impossible to know. "You don't have any pure guidance, you just have to think, what would you want for yourself in a situation like that? It's pretty clear. I would never want to go through anything like that, and nor would most Canadians."

Euthanasia – ending another person's life to alleviate their suffering – remains a crime in Canada as of 2016. However, in June 2016, a new federal medical-assisted dying law came into effect, allowing medical practitioners to legally assist another person to end their own life, under strict criteria.

Those criteria include the requirement that the person seeking assisted death must be 18 or older, must have a "grievous and irredeemable" medical condition, and must have voluntarily requested assistance. Their natural death, as a result of their condition, must also be reasonably foreseeable. Such assistance is not available to people under 18, although the government said it would review possible changes to the law for "mature minors."

When the law was introduced, the provincial and territorial governments were developing their own legal frameworks for assisted dying, in response to the federal changes to the Criminal Code. Only Québec had already passed its own euthanasia law, in 2014. 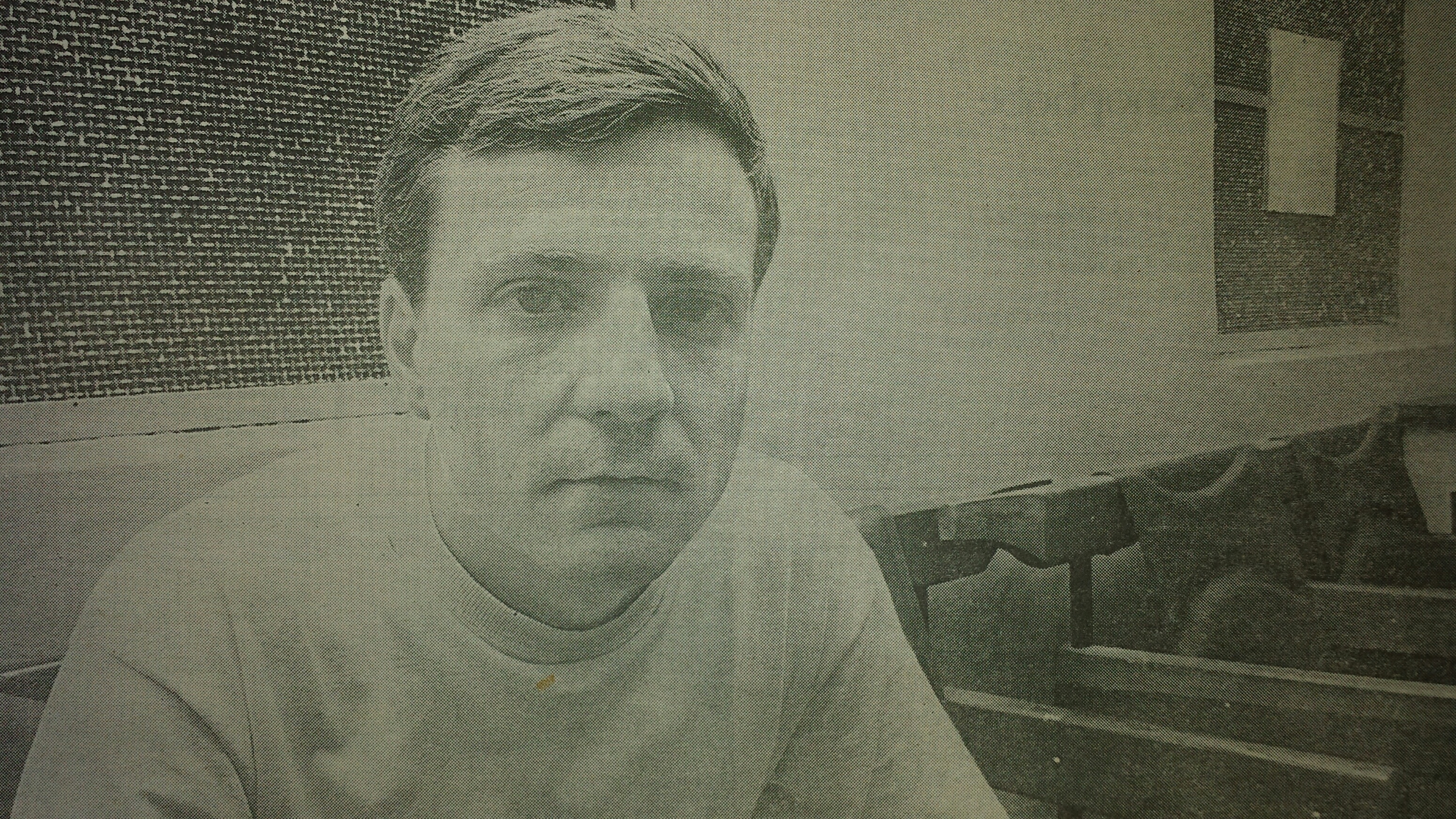