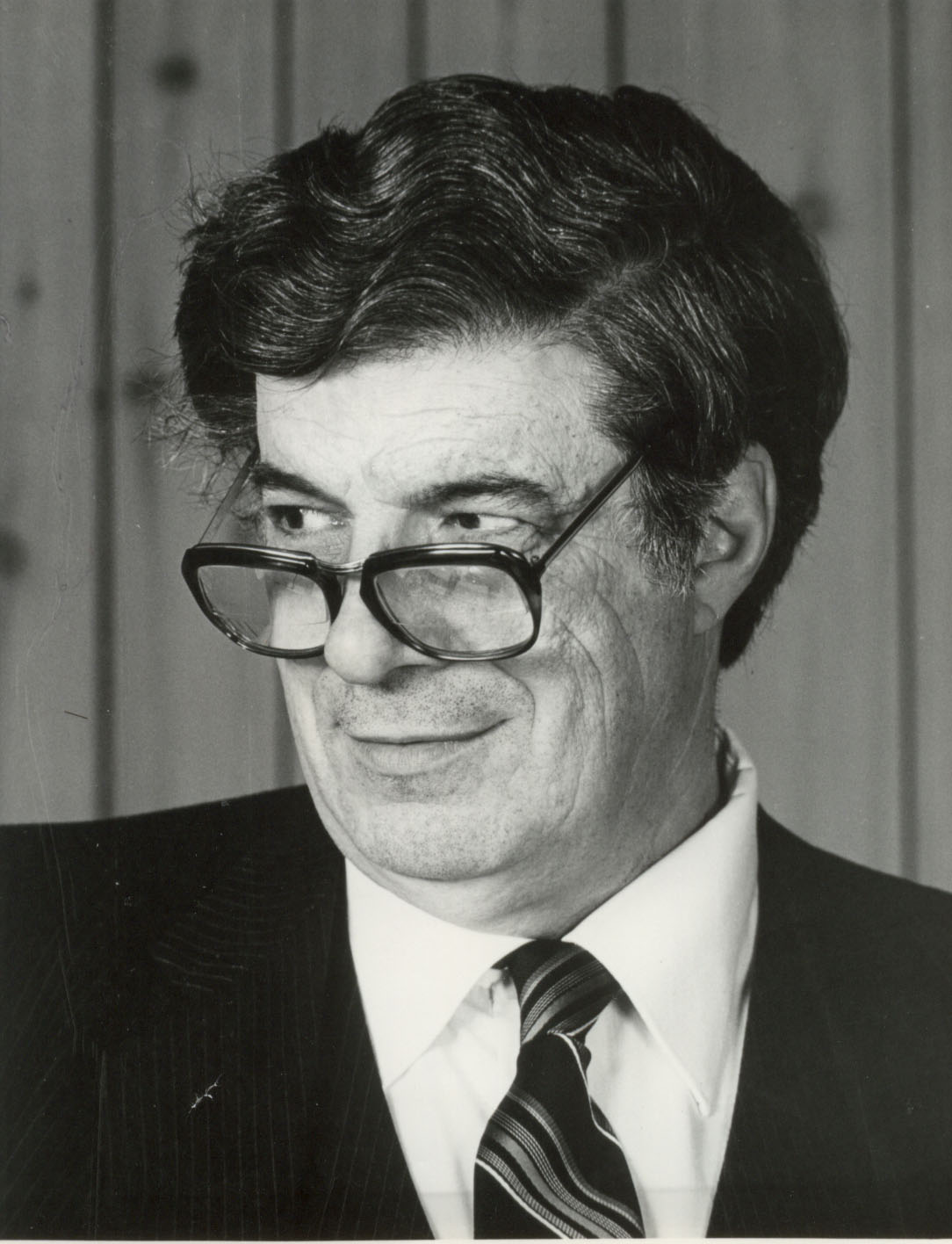 Education and Activism with the Jeunes laurentiens

Rosaire Morin was raised in rural Témiscouata County. After his primary education in that region, he moved to Rimouski and entered the seminary there for his ​classical studies​. Although he had made some speeches during meetings of the Union des cultivateurs catholiques (Catholic farmers’ union) in his home region, his involvement in the nationalist movement really started in 1941 when he moved to Montréal, interrupting his education and joining the Jeunesses laurentiennes (also known as Jeunes laurentiens), a traditionalist and Catholic nationalist organization (see French Canadian Nationalism).

He fought for numerous causes, such as the struggle against conscription during the ​Second World War​ and the campaign for a Canadian embassy at the Vatican. Rosaire Morin was also involved in the Comité de propagande du drapeau, an organization founded in 1939 that attempted, through a ​public opinion​ campaign, to encourage the Québec government to adopt the fleurdelisé as the province’s official flag (see ​Provincial and Territorial Emblems​). He became chairman of the committee in 1946 and saw its objective fulfilled in 1948 when Premier Maurice D​uplessis adopted the fleurdelisé as the flag of Québec (see Fleur-de-lys).

Activism with the Ordre de Jacques-Cartier

Following the dissolution of the Jeunesses laurentiennes — probably due to financial difficulties — Rosaire Morin decreased his involvement in the 1950s and became an insurance agent, a profession he continued throughout his life. However, he became active again in 1963 when he started running the Montréal chapter of the Ordre de Jacques-Cartier (commonly known as “La Patente”), the Comité métropolitain de Montréal (CMM). In the CMM, Morin tried to counterbalance the influence of Franco-Ontarians in the Ordre de Jacques-Cartier. He was behind the publication of Manifeste: éléments d'une doctrine nationale pour les temps nouveaux. This text, which he wanted adopted as the Ordre's program, adopts neo-nationalistic rhetoric, insisting, for example, on the importance of Québec for French Canadians and defending statism (see ​Francophone Nationalism in Québec​). In response to Morin's attempt to “Quebecify” the Ordre, Franco-Ontarian leaders formed a bloc to oppose the movement, a confrontation that finally led to the dissolution of the Ordre de Jacques-Cartier in 1965.

Founding of the Ordre de Jean-Talon

President of the Conseil d’expansion économique

In 1966, Rosaire Morin became president of the Conseil d'expansion économique (CEE), a position he occupied until the organization was dissolved in 1983. The objective of the CEE, founded in 1953, was to bring together French Canadian businessmen in order to stimulate Francophone participation in financial life, promote economic prosperity (considered a tool for national progress) and publicize Francophone successes and achievements.

As CEE president, Morin published numerous articles in the organization's journal, La Prospérité, articles that, thanks to an agreement with Québecor Inc, were also published in the Journal de Montréal. To promote CEE objectives, he organized numerous meetings — for young people in particular. He was on the “Yes” side in the 1980 referendum.

After having written several articles for L’Action nationale, Morin became the journal’s co-editor from 1967 to 1970. In 1981, he became editor-in-chief. He gave up the role the following year but returned in 1981 and oversaw the publication until his death in 1999. During that period, he published more than 200 articles with recurring themes, such as poverty, social exclusion and youth. Morin also wrote about current political events, denouncing the unilateral repatriation of the constitution and the ​federal government​'s centralization. He remained interested in economic issues and criticized the flight of Québécois savings to foreign companies.

Morin was awarded the Bene Merenti de Patria medal by the Société Saint-Jean-Baptiste de Montréal in 1997 and was named Chevalier of the ​National Order of Québec​ in 1999. In October 2011, L’Action nationale’s Rosaire Morin Award was granted for the first time to an activist who has made a significant contribution, through their writings and actions, to the development of national awareness in Québec.