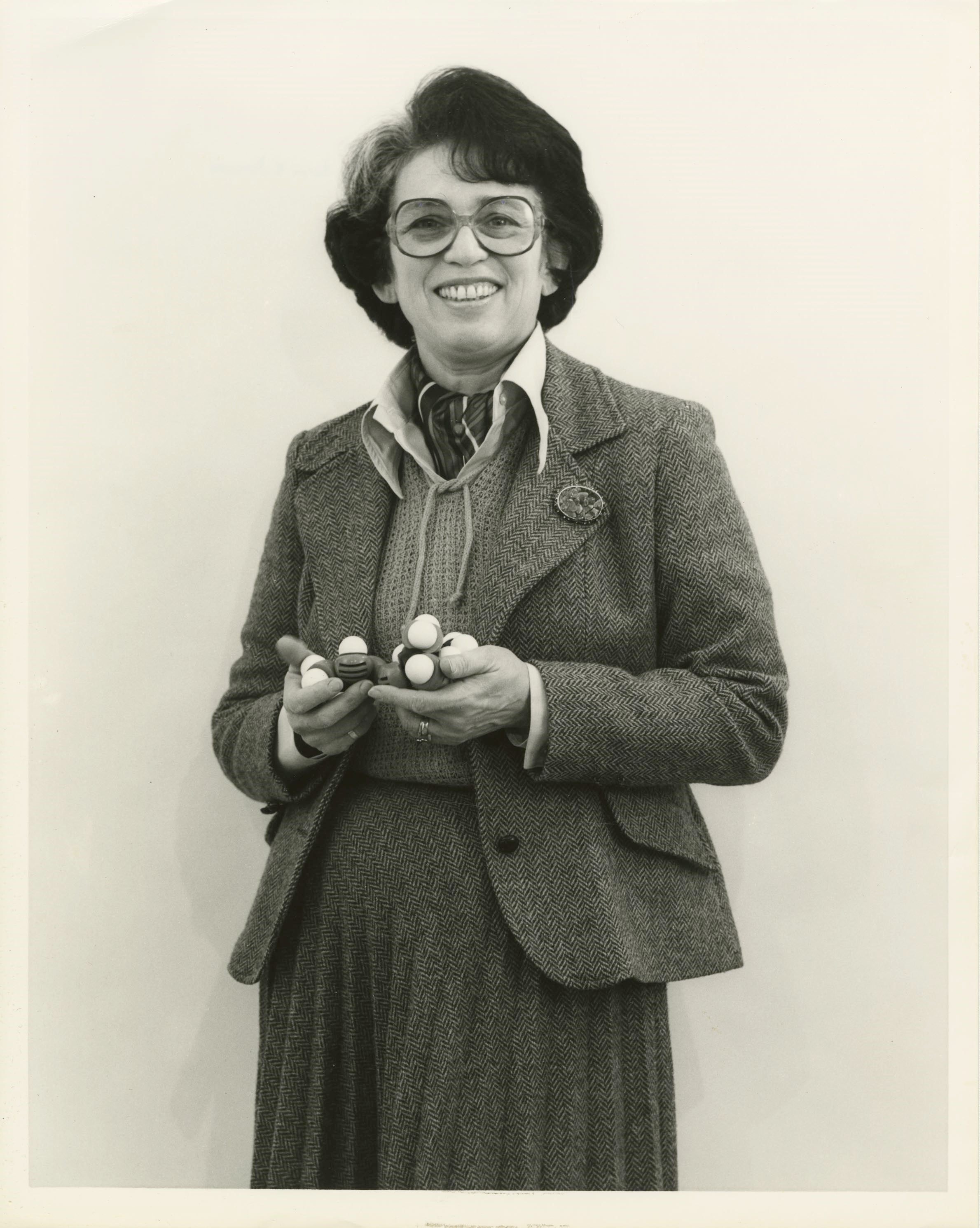 Rose Johnstone (née Mamelak) was the second of four siblings born to Jacob Mamelak and Esther Rotholz. The Jewish family emigrated from Poland to Montreal in 1936, shortly before the outbreak of the Second World War. Many relatives of the Mamelaks who remained in Europe died in the Holocaust.

Working-class immigrants in the post-Great Depression era could rarely afford to send their children to high school. The cost of tuition and the need for children to help supplement household income meant that the opportunity was usually reserved for the first-born son. Nevertheless, with the encouragement of her feminist mother, Johnstone obtained a scholarship to attend Baron Byng High School. She spent summers working as a nurses’ aide at the Montreal Neurological Institute. Although she initially planned for a career as a technical assistant, Johnstone was quickly drawn to scientific research. Promising her family that she would fund her own education, she enrolled in microbiology at McGill University.

Rose Johnstone soon switched her focus to biochemistry, determined to follow a career in the field at a time when women were rarely accepted in it. She completed her undergraduate BSc degree with first-class honours in 1950, all the while providing for herself through a series of scholarships.

She obtained her PhD in 1953 under the supervision of Juda Hirsch Quastel at the McGill-Montreal General Hospital Research Institute. The next year, with a fellowship from the National Cancer Institute of Canada, she continued with post-doctoral training in the United Kingdom at the National Institute of Medical Research in Mill Hill, the Chester Beatty Research Institute in London and the Strangeways Research Laboratory in Cambridge. She returned to Quastel’s lab in 1956 as a research associate.

In 1961, Rose Johnstone was recruited to McGill’s Department of Biochemistry as an assistant professor. She was promoted to associate professor in 1967 and to full professor in 1977. Throughout her career, Johnstone authored 132 peer-reviewed publications. Her work has been cited by other scientists over 4,600 times to date.

Did you know?
In a personal essay published in 1984, Johnstone reflected on how she found her calling: “Had I deliberately planned this career I could not have chosen better. The truth is that it occurred by default — a process of weeding out what I did not want to do.”


Johnstone was deeply concerned about gender-based discrimination in academia. In the 1970s, she served on the Committee on the Status of Women at McGill. Reporting to the university’s senate, the committee recommended actions to end sexual discrimination, most of which were implemented. As the first woman to hold the Gilman Cheney Chair in Biochemistry (1985) and the first and only woman chair of the Department of Biochemistry in McGill’s Faculty of Medicine (1980–90), she helped improve working conditions for women in science and academia.

In addition to receiving awards and honours for scientific work, Johnstone was appointed to many academic committees at McGill and other universities in Canada and abroad. She served as the president of two professional associations in her field: the Montreal Physiological Society (1978–79) and the Canadian Biochemical Society (1985–86). She also acted as secretary treasurer of the International Association for Women Bioscientists (1985–88).

She retired as professor emerita in 1995. 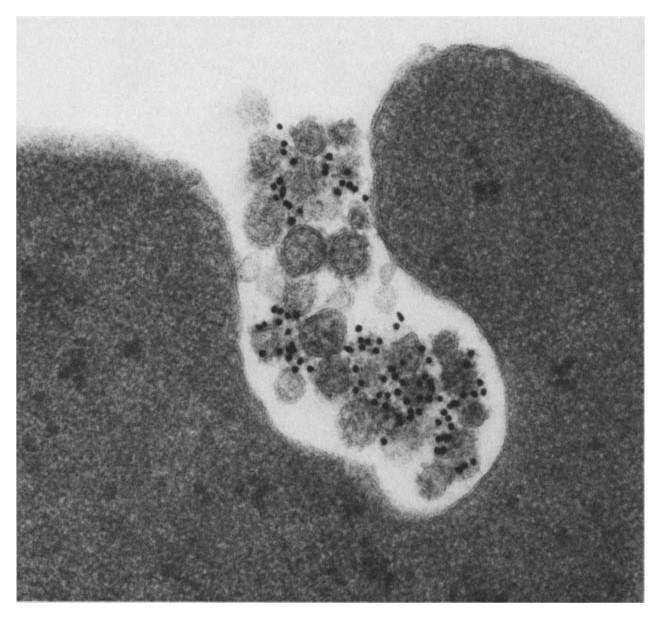 View through an electron microscope of exosomes leaving the reticulocyte from a 1985 paper by Rose Johnstone and several co-authors.

Red blood cells are vital to human life, carrying oxygen to all organs of the body. They develop from precursor cells called reticulocytes. While studying how iron enters maturing red blood cells, Rose Johnstone discovered that only precursor reticulocytes could bind to iron. Her research showed that an important iron-binding protein was absent from the surface of mature red blood cells.

Johnstone then identified a new vesicle structure that she named the exosome. She discovered that, through the exosome, iron-binding proteins leave reticulocytes, enabling the maturation of red blood cells. She also discovered the unique pathway through which cells secrete exosomes, distinguishing them from other types of vesicles.

Did you know?
In a mature red blood cell, oxygen binds to the iron in a major protein, hemoglobin, which makes up more than 95 per cent of the cell. Without iron, red blood cells cannot take up or deliver oxygen and life ceases.


Exosomes are recognized for their role in normal communication among cells in the immune system, the brain and the heart. They are also involved in neurodegenerative disease, liver disease, heart failure and cancer.

Today, scientific societies (American Society for Exosomes and Microvesicles and International Society for Extracellular Vesicles), a journal (Journal of Extracellular Vesicles), databases (Exocarta, Vesiclepedia) and a research portal (exRNA) are dedicated to the field Johnstone established. Scientists have published more than 8,400 papers on exosomes since Rose Johnstone’s discovery.

Rose met her husband, Douglas Johnstone, in 1953 through their involvement in left-wing political activism. Douglas became an executive in the financial services industry and supported Rose’s career ambitions throughout their long marriage. The couple had two sons, Michael and Eric.

Widowed and retired in 1995, she began to spend winters in Israel with her long-time friend Roy Caplan, professor emeritus at the Weizmann Institute of Science in Rehovot. She died of cancer in Montreal on 3 July 2009. Her son Michael, a cardiologist, established the Rose Mamelak Johnstone Research Bursary in 2013 to support women researchers in McGill’s Department of Biochemistry.

A structure of 50–150 nanometres in diameter that originates within living cells. It acts as a vehicle to transmit proteins, lipids and nucleic acids from one cell to another.

An immature red blood cell. Iron binds to reticulocytes and attaches to hemoglobin, ultimately enabling the transportation of oxygen to living tissues. As a reticulocyte becomes a red blood cell, it loses the ability to take up iron. The mechanism by which it loses this ability was unknown prior to Rose Johnstone’s discovery of exosomes. 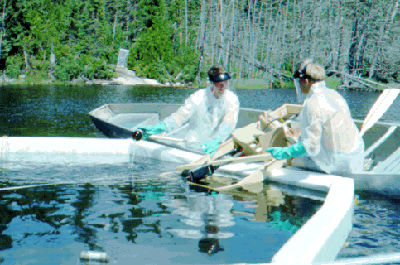