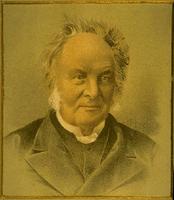 Ryerson University, Toronto, Ont, was founded 16 September 1948 as the Ryerson Institute of Technology. The institute is situated on historic St James Square, where the Toronto Normal School was established in 1852 by Egerton Ryerson, chief superintendent of education for Canada West.

In 1941 teacher education was shifted to another site to make room for a Royal Canadian Air Force training centre. From 1945 to 1948, the buildings served the Training and Re-establishment Institute, which offered trades training to returning war veterans. Ryerson Institute of Technology began offering two-year, trades-oriented programs, but by the early 1950s, it had developed three-year diploma programs with a significant academic component.

The 1964 Ryerson Act created the autonomous Ryerson Polytechnic Institute with its own board of governors. The Act was amended in 1971 to empower Ryerson to grant degrees in addition to its diplomas. That year, it also became a member of the Council of Ontario Universities. In 1992 the Canadian Engineering Accreditation Board granted Ryerson professional accreditation for six programs. The following year Ryerson received recognition as a university.

In 1997, all but three of its programs led to baccalaureate degrees. The university then developed graduate programs as part of its new mandate as a university. The change to university status came in June 1993, bringing with it a change in name to Ryerson Polytechnic University and a stronger emphasis on research. In 2001, the name was changed to Ryerson University (RU).

At the turn of the century three new buildings were added to the campus: the Centre for Computing and Engineering, the Centre for Graphic Communications Management and the joint Sally Horsfall Eaton Centre for Studies in Community Health were built to accommodate an ever-increasing student population and number of programs. In 2000, RU launched its first three graduate programs (Communication and Culture, Environmental Applied Science and Management, and Spatial Analysis). Graduate programs in Engineering (Chemical, Civil, Electrical and Computer, and Mechanical) followed in 2001.