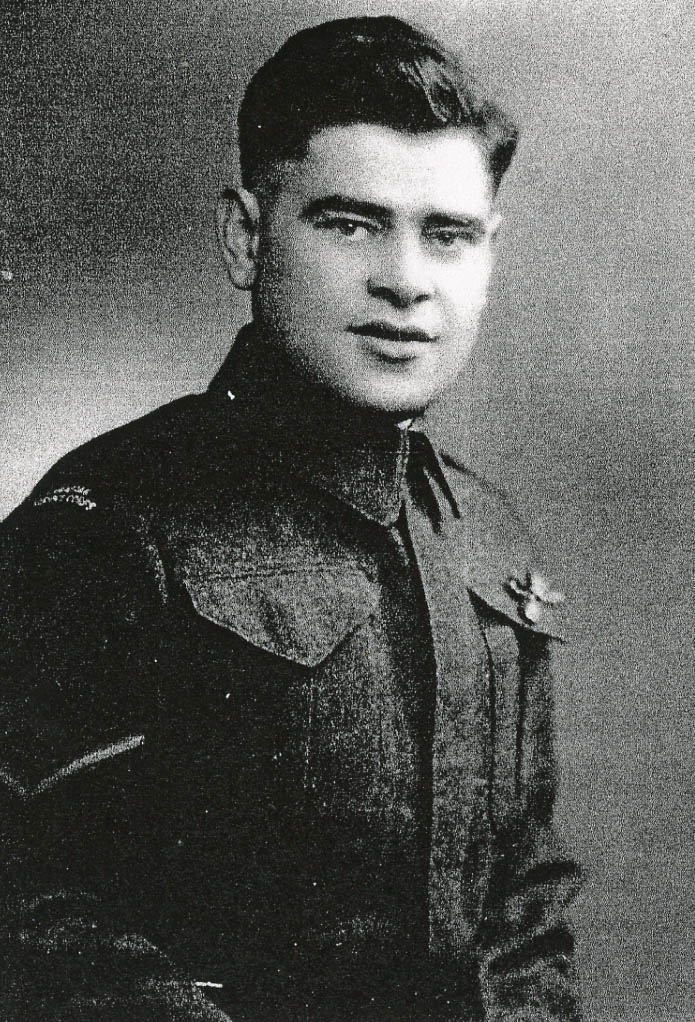 (Courtesy of The Memory Project/Sam Rose)

"So there was a girl and we adopted her. We took her back to camp and we gave her an army uniform with boots; and I told the medical officer, this young lady, she’s an orphan."

During the invasion of Juno, I was the advance party. So with Sergeant Cook, I was the advance with my men; and the trucks were all loaded with ammunition, 25 pounders [shells] for the tanks and diesel fuel. And then Sergeant Cook takes out his field blower [portable water purification system], you know what a field blower is? He was going to make tea because we were the advance party, waiting for the rear party to come. Oh, was I mad at him. I says, at night, you take out a field blower, and the enemy will take pictures; and the next thing you’ll know, we’ll be strafed. We were strafed many times as we were going along. And then the men are telling me, why do we have to leave our vehicles and get away from the vehicles 300 yards? Dig yourself a little slit trench and stay put until I give you the command it’s all clear. Why do we have to do that? Because the Germans are always after people that are bringing up supplies to the front line. And we were it. That’s why we have to do it. And if you don’t listen to me, they might send you home in a box. When I told him a box, he’s, like a grave?

In the town of Caen, what we used to do is, say if a house was empty, to go into the house, the boys wanted to get souvenirs. I says, no, take a pineapple, that’s a hand grenade, pull the pin and throw it in, just in case they have booby traps. One house was bombed, was one girl we found in the house because I was at the motorcycle. So I was the advanced person. So there was a girl and we adopted her. We took her back to camp and we gave her an army uniform with boots; and I told the medical officer, this young lady, she’s an orphan. We took her under our care and he gave her a half CC, a needle, for any diseases or anything like that. She went with us right through the end of the war, all through France, Belgium, Holland, Germany. She did all the laundry for the boys, you know, ten men. No hanky panky. I told the guys, in plain English: she’s an orphan; and no monkeying around. And if you ever start anything, I’ll break your arm.

And then near the end of the war, I took up a collection from the whole company and I gave it to the girl, Canadian money. You know, we used to get paid and I gave it to the girl. That’s the time we had to cut back to London. And a lot of the fellows says, oh my God, we lost a nice good soldier. We came home January the third; I’ll never forget it. And all the girls, my girlfriends, all the girls used to write letters to me. One girl wrote the letter with a picture. And after the war, all the girls that my sister told to write to me in the service and one girl I recognized because she sent me a picture, so I recognized her.

In the district where I lived was a lot of drunks. So I didn’t want her to go on the street there. It was dark already in the evening. So I told my brother; he had a car. He says, here’s the keys, you can drive her around. That’s the girl I married. I got discharged the sixteenth of January and the third of December I got married.