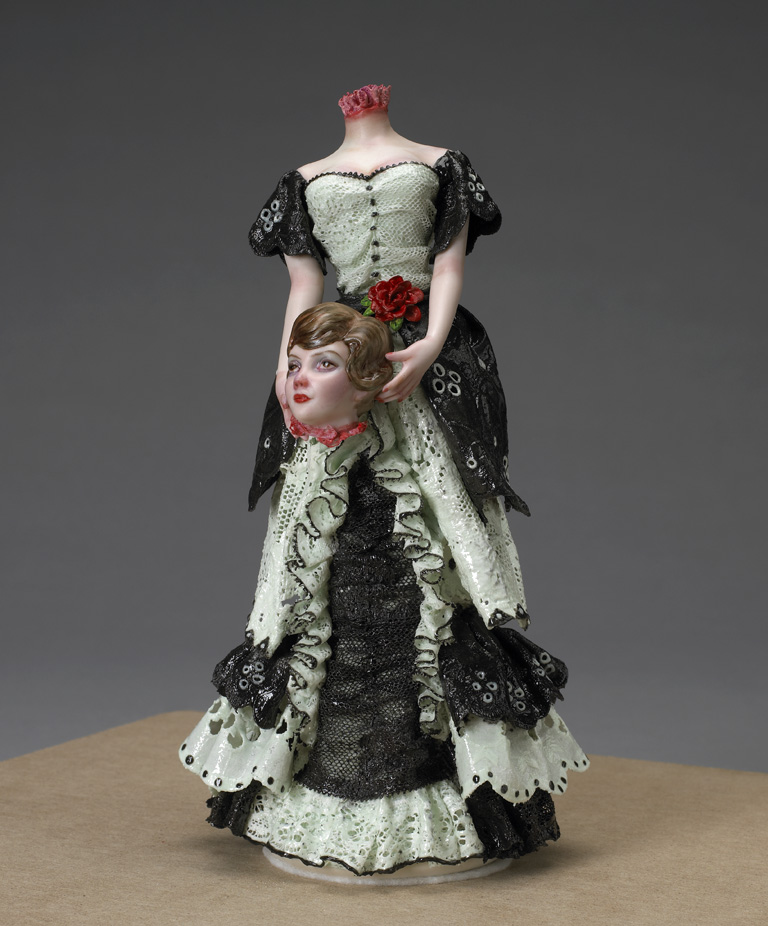 Shary Boyle, visual artist (born, 26 May 1972 in Toronto). Shary Boyle was born in the Toronto suburb of Scarborough. Winner of the Gershon Iskowitz Prize in 2009 and Canada’s representative at the 2013 Venice Biennale, Shary Boyle is one of Canada’s most prominent contemporary artists.

The youngest of five children, Boyle’s parents ran a screen and glass door repair business. As a child, Boyle was driven to creative pursuits, especially drawing. By high school, she had identified art as a career choice and enrolled in the Wexford Collegiate School for the Arts, in Scarborough. Some of her earliest drawings from that period are now collected in a book called Witness My Shame, which she published in 2004.

While at OCA, Boyle became involved in Toronto’s burgeoning independent culture scene. In addition to drawing, Boyle increasingly broadened in her creative pursuits, adding to her oeuvre obsolete technologies like overhead projectors, which she used to create fantastical mise en scène for live performances. In addition to her own performances, Boyle also furnished rising stars Feist and Peaches with visual environments for their concerts.

In 2000, Boyle began to be represented by Toronto’s Katharine Mulherin Gallery, an au courant new gallery tightly linked to the city’s dynamic, young art scene. In 2001, Boyle’s first solo exhibition there, The Omitted Tales, opened with a display of the artist’s paintings and drawings. The themes and styles of the work — darkly phantasmagorical landscapes seemingly drawn from gruesome fairytale lore, oddly misshapen figures, a looming visceral, sexual tension — would become her hallmark.

Boyle exhibited once more at Katharine Mulherin, in 2003. Following that, she was given a slate of exhibitions in artist-run centres and such museum spaces as Toronto’s Power Plant, where in 2006 she showed Lace Figures, a small-scale suite of female porcelain figurines reminiscent of decorative forms favoured by Victorian women for parlour display. Boyle’s, however, seemed ushered forth from some nightmare. One of the figures had been decapitated and was placidly holding her own head, another depicted a pair of angry conjoined twins in Victorian finery.

The show offered a tight bundle of Boyle’s priorities — a deep commitment to the handcrafted that was coupled with a potent political representation of women, whom she sought to liberate from both objectification and oft-dismissed decorative traditions. It also established her as one of the country’s most significant young artists.

Boyle was awarded a Canada Council for the Arts International Studios residency in the United Kingdom in 2007. There, she produced The Clearances, one of her best known works, a large-scale collage projection piece now owned by the National Gallery of Canada. She joined the roster of Jessica Bradley Art + Projects, which was fast becoming one of the country’s foremost art dealers. Her first show there, Wonderlust, opened in 2007. 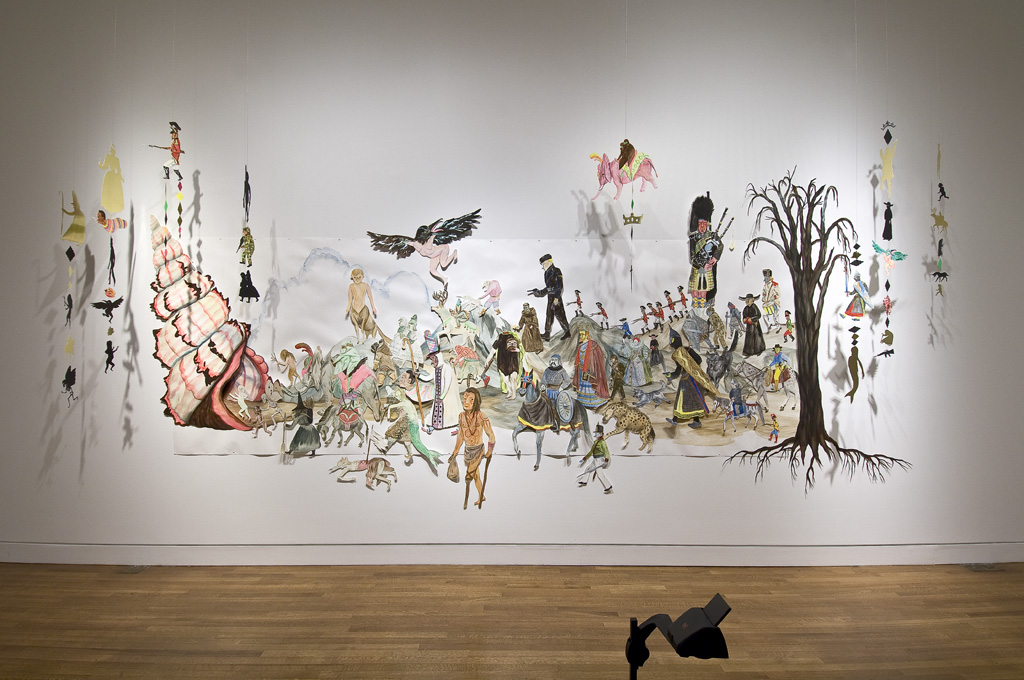 After joining Bradley, accolades began to pour in. Boyle was twice nominated as a finalist for the Sobey Art Award, Canada’s most prestigious prize for Canadian artists under 40, in 2007 and 2009, but did not win.

In the time leading up to her move to Bradley’s, Boyle had expanded her oeuvre to include sculptural works, particularly those crafted in porcelain. In 2009, Boyle won the $25,000 Gershon Iskowitz Prize administered by the Art Gallery of Ontario. With it came a solo exhibition at the museum. In 2010, that same exhibit became Flesh and Blood, a traveling show curated by Galerie de l’UQAM director, Louise Déry.

Flesh and Blood was notably sculptural, putting on display another suite of new and intricate porcelain figurines, as well as a collection of tiny figures encased in vitrines embedded in a wall. It also showed, for the first time, a pair of large-scale installation works, the likes of which Boyle had never before attempted. That year, Boyle won a $25,000 award for mid-career artists from the Hnatyshyn Foundation.

In February of 2012, Boyle performed at the World Stage theatre festival in Toronto with frequent collaborator and musician Christine Fellows. Together, they produced a work that consumed much of 2011 to make called Everything Under the Moon. Pairing Boyle’s visuals with Fellows’ music, the pair co-wrote a cautionary tale about environmentalism and extinction told from the point of view of a bat and a bumblebee. The show was intended for children.

Later that year, in May, when Boyle was at the Massachusetts Museum of Contemporary Art for an omnibus exhibition of Canadian art, called Oh, Canada, she was informed that she had been chosen to represent Canada at the 2013 Venice Biennale. Following a period of deliberation, Boyle accepted. The rest of 2012 and the first half of 2013 were spent preparing Music for Silence, Boyle’s immersive, multi-piece installation that opened at the Canadian Pavilion on 30 May 2013. Comprising three small porcelain figures and a silent film, Music for Silence culminates with a huge, three metres long plaster figure of a mermaid in classical repose, upon which a dense collage of contemporary imagery is projected.

Music of the Former Yugoslavia in Canada