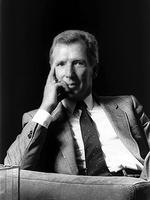 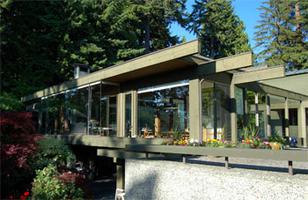 Designed by Erickson/Massey Architects and built in 1965, the Smith House in West Vancouver features wooden beams and large glass panels composed as a set of post-and-beam rectangular tubes that spiral upwards around a central courtyard (courtesy Nick Milkovich Architects).
PreviousNext

The Smith House, designed by Erickson/Massey Architects and built in 1965, is an outstanding private residence and artist's studio occupying a forested site in West Vancouver. In 2007 the Royal Architectural Institute of Canada gave it the Prix du XXe siècle, an award that celebrates landmark buildings of enduring significance. The home features wooden beams and large glass panels composed as a set of post-and-beam rectangular tubes that spiral upwards around a central courtyard.

Architect Arthur Erickson designed the house for artists Gordon and Marion Smith. It sums up a period in West Coast modernist architecture of experimentation with open plans and visual and physical interpenetration of indoors and outdoors. Erickson placed the house between large rocks, for instance, to preserve distant views to the sea and created outdoor rooms and terraces that extend the house's living area into the surrounding forest. He also created a "promenade architecturale," a term suggesting that visitors discover diverse views and rooms - courtyard, bridge, dining room, terrace - as they move through the house. Natural light is carefully manipulated to create a contrast between the opaque, two-storey sky-lit studio and the one-storey glass-and-timber living-room "bridge."

Arthur Erickson and the Smiths participated actively in postwar Vancouver's self-consciously modernist art scene, alongside celebrated artists such as Jack Shadbolt and B.C. Binning. But the Smith House breaks away from modernist principles. While orthodoxy dictated that structural elements be sized according to the load they carry, Erickson used the same thickness or "section" for both horizontal beams and vertical posts. In addition, Erickson was greatly influenced by his 1961 trip to Japan and took direct inspiration from the materials and craftsmanship of traditional Japanese teahouses.

Overall, the house emphasizes poetic pictorial effects rather than functional efficiency and demonstrates Canadian architecture's relationship to global culture, 2 ideas that also distinguish Erickson's other major designs, including the Washington Chancellery and the Museum of Anthropology. 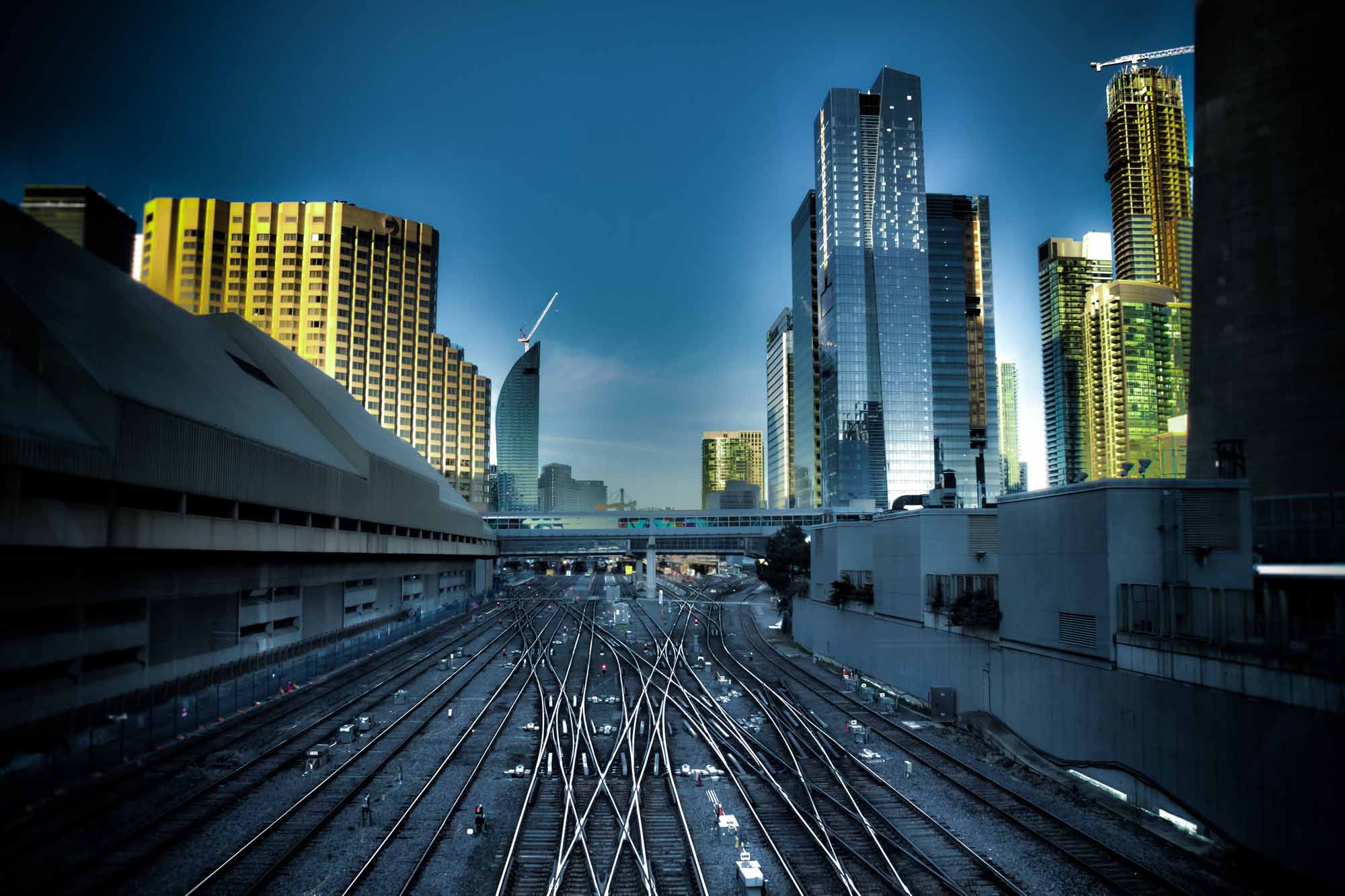