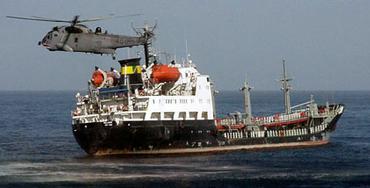 Smuggling is to take (merchandise) into or out of a country without payment of lawful duties, or to bring in or introduce illicitly (Funk and Wagnalls Canadian College Dictionary, 1989).

Smuggling has always been an important issue of Canadian history and life and remains so to this day. With over 7000 km of shared border with the US, the opportunity to smuggle is ever-present. The provinces with a shared US border are not the only ones at risk. Newfoundland has a long history of smuggling with the French islands of St. Pierre and Miquelon. In addition, with the increasing ease of global trade, communications and travel the threat of smuggling is increasing.

At this time the most commonly smuggled items include illicit drugs, tobacco products, alcohol, prohibited and restricted weapons, pornography and jewellery. This list is by no means inclusive. It does, however, illustrate the most obvious motives for smuggling, which are evasion of taxes or the legal prohibitions placed on certain commodities.

The social impact of smuggling on Canadians is far-reaching although not always obvious. The loss of government (tax) revenues impacts all social programs for all Canadians. In addition, the most commonly smuggled items can be contributing factors to other social problems created by the abuse of substances such as alcohol, illicit drugs and tobacco. There is also an increasing trend for organized crime to become involved in smuggling activities. Although organized crime has always been associated to the illicit importation of drugs, alcohol and tobacco have also become a means of increasing their illegal proceeds.

The impact of smuggling can also be observed by the consequences it has on illegitimate enterprise. For example, the Government of Canada estimated that in 1993 2.1 million Canadians consumed 90 to 100 million cartons of contraband cigarettes with a retail value of approximately $4.5 billion. The revenue loss to the Canadian government exceeded $1 billion, with approximately an equal loss to provincial governments. In addition, legitimate retailers cannot successfully compete against the sellers of smuggled cigarettes, which resulted in lost revenue to private enterprise and consequently the federal and provincial government through such things as income taxes.

The government has an obligation on behalf of all Canadians to protect them from health, safety and consumer protection issues that evolve from the act of smuggling. Therefore, laws such as the Customs Act have been implemented which prohibit smuggling and place both civil and criminal penalties on those detected. Revenue Canada Customs is the administrative agency responsible for the Customs Act and shares enforcement responsibilities with the Royal Canadian Mounted Police. Other related Acts include, but are not limited to, the Narcotics Control Act, the Export and Import Permits Act, the Cultural Property Export and Import Permits Act, Excise Act, and the Criminal Code of Canada.