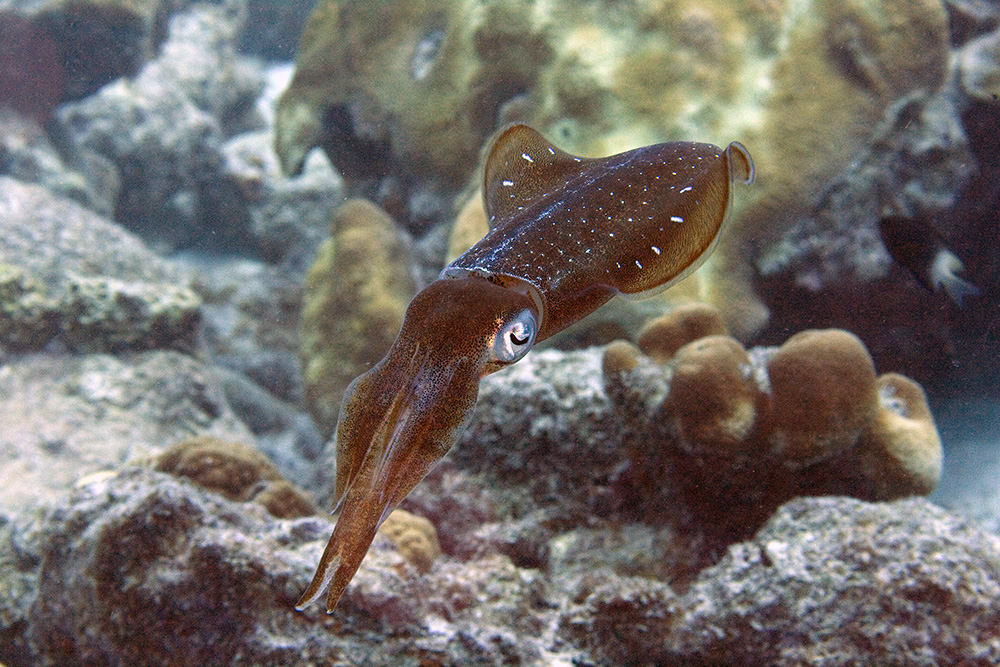 Squid are decapods ("10-footed") molluscs of class Cephalopoda. Squid are usually of the order Teuthoidea, but only an expert could distinguish a slow squid from a fast cuttlefish (order Sepioidea). Generally the term is applied to fast-swimming, streamlined forms in which a powerful jet-propulsion system provides the "squirt" by which the squid moves. Squid are the only invertebrate competitors of pelagic (open sea) fish; some are even capable of brief, jet-powered flight. Thirty teuthids occur in Canadian waters including Gonatus fabricii, found on all 3 coasts, and the giant squid (Architeuthis dux). The former has commercial potential. The largest fishery is for Atlantic squid (Illex illecebrosus). These squid migrate hundreds of km to warm waters to spawn and die after growing to 500 g in 9 to 12 months. Their schools have some social structure and they communicate by changing colour patterns. The flying squid (Ommastrephes bartramii) of the Pacific is taken by Japanese fishermen using drift-net sets up to 45 km long. There is a potential fishery for this squid off the BC coast.