Sterilization of Indigenous Women in Canada 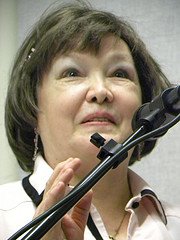 Female sterilization is a permanent medical procedure that prevents pregnancy. In the first half of the 20th century, eugenic ideology informed sterilization practices in Canada. Eugenic sterilization was influenced by the work of Francis Galton, who coined the term “eugenics.” Eugenics is based on the belief that you can improve the qualities of the human species by encouraging the reproduction of those considered “fit” and discouraging the reproduction of those considered “unfit.”

The false premise behind eugenic sterilization was the belief that poverty, illness and other social problems were caused by some sort of innate biological trait, rather than by the way society was organized or how resources were distributed (see also Eugenics: Pseudo-Science Based on Crude Misconceptions of Heredity). Those targeted by restrictive eugenic policies were often referred to as “feebleminded,” “mentally defective,” or “sexually promiscuous.” A purportedly low IQ and failure to conform to socially accepted gender roles were considered indications of “unfitness.”

Sterilization was imposed on many “problem groups” in Canada, including differently abled people labelled as having intellectual or physical “disabilities,” those institutionalized in state-run facilities and immigrants, especially from Eastern European countries. Sterilization was also imposed on Indigenous people. With respect to Indigenous people, eugenics served to explain away the negative effects of colonialism. According to eugenic theory, the high rates of ill health and poverty in Indigenous communities were evidence of a lower racial evolution — not the result of colonialism and government policies — and reinforced a view that Indigenous people were “unfit.” The criminalization of Indigenous women and the policing of their sexuality contributed to their being labelled “bad mothers,” unfit to care for their children. They were also subjected to coerced or forced sterilization.

Sexual sterilization legislation was passed in two Canadian provinces: Alberta and British Columbia. Alberta’s Sexual Sterilization Act was in effect from 1928 to 1972. During this time, the Eugenics Board, which made decisions on whether or not a person should be sterilized, was presented with and passed 4,739 cases. Of these, 2,834 sterilizations were performed. Researchers have exam­ined records dealing with Alberta’s sterilization act and found that Indigenous women represented about 6 to 8 per cent of those sterilized overall during this period. However, the percentage was much higher in the final years of the Act’s operation, averaging just over 25 per cent from 1969 to 1972. Jana Grekul and her colleagues concluded that “Aboriginals were the most prominent victims of the Board’s attention. They were overrepresented among presented cases and among those diagnosed as ‘mentally defective.’ Thus they seldom had a chance to say ‘no’ to being sterilized.”

British Columbia also passed a Sexual Sterilization Act, which was in effect from 1933 to 1973. This legislation permitted the provincial Eugenics Board to sterilize any inmate of a provincial institution who, if upon discharge from an institution, was likely to “beget or bear children who by reason of inheritance” would have tendency to “serious mental disease or deficiency.” Records concerning sterilizations under this Act, which are said to have been performed on between 200 and 400 people, are thought to be lost or destroyed. However, some of those sterilized were Indigenous. For example, the Supervisor of Social Services at Essondale, a provincial institution housing people with various mental conditions, recommended the sterilization of one Indigenous girl in the following way:

Patient is a mentally defective Indian girl who has always been incorrigible, wild, undisciplined and promiscuous… Sterilization is, therefore, strongly recommended to prevent patient from having illegitimate children which the community would have to care for and for whom it would be very difficult to find foster homes.

Sterilizations were also performed in areas where no legislation was enacted. Kathleen McConnachie has shown that sterilizations were carried out by eugenically minded doctors in Ontario. Largely due to the efforts of A.R. Kaufman, an entrepreneur and eugenicist from Kitchener, about 400 women and 1,000 men were sterilized, by physicians who believed sterilization was a means of preventing or alleviating poverty. The full extent to which Indigenous people were affected is unclear, however it is known that by 1928, Indigenous people were being classified as “mentally unfit” and this was often a first step to sterilization.

The sterilization of Indigenous women also took place in Northern Canada. In 1970, Member of Parliament David Lewis alleged that representatives from the Department of Health were persuading Indigenous women to be sterilized. He claimed that interpreters were not always used and that therefore, women did not always understand the procedures they received. It was not until 1976 that the federal government conducted an internal inquiry. Documentation from this internal inquiry shows that from 1966 to 1976, hundreds of sterilizations were performed on Indigenous women from 52 Northern settlements.

These documents also show that between 1971 and 1974, at least 551 sterilizations were performed on Indigenous women in federally operated “Indian hospitals” across Canada, which served primarily Indigenous populations. These documents do not reveal the experiences of each Indigenous woman. However, they show that health workers sometimes failed to follow guidelines on when sterilizations could be performed, that consent forms were difficult to understand and that interpreters were not always used. According to Bryan Pearson, then councillor for the Northwest Territories at Frobisher Bay (Iqaluit), there was also a climate of racism and paternalism, which led to the view that sterilization was for “their own good.”

According to Senator Yvonne Boyer, modern forms of coerced sterilization have been experienced by Indigenous women in many provinces across Canada. A class action lawsuit alleging coerced sterilization has been proposed in Saskatchewan, and another in Alberta. Women report not being given the time or information necessary to make informed decisions, being pressured to consent when under duress, and/or being told they would not be able to see their newborn child unless they agreed to sterilization. 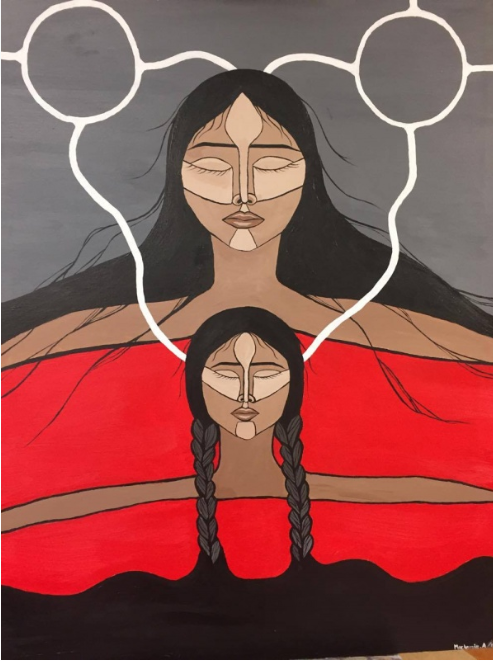 "Nikawiy Nitanis" by Mackenzie Anderson is the 2017 winner of the Indigenous Arts & Stories contest. This piece, meaning “Mother and Daughter” in Cree, depicts a mother and daughter connected through the sun and the moon. It is about Missing and Murdered Indigenous Women and Girls.

The coerced sterilization of Indigenous women is connected to the broader context of colonialism. It is one of many forms of violence committed against Indigenous women in Canada (see also Missing and Murdered Indigenous Women and Girls in Canada; Highway of Tears; Indigenous Women’s Issues in Canada). Coerced sterilization undermines the ability of women to make decisions about their own lives. This practice can be linked to other explicit policies stemming from the Indian Act that have undermined Indigenous women and denied them the ability to participate fully in their communities. One example of such a policy is the Act’s definition of who is “Indian,” which continues to discriminate on the basis of gender through “status” regulations. The practice of coerced sterilization is also consistent with the way that medical services have sometimes been offered to Indigenous peoples, for instance, through Canada’s evacuation policy for pregnant women who live in remote or rural areas, or historical regulations that forced Indigenous peoples to submit to Western medicine. These policies have attempted to control Indigenous bodies and effectively criminalized Indigenous health and reproductive practices.

The coerced sterilization of Indigenous women works to destroy the connections between women and their peoples while reducing the number of those to whom the federal government has obligations. Sterilization breaks the link between Indigenous women and future generations. Other policies did this as well, like residential schooling or the “Sixties Scoop,” which forcefully transferred Indigenous children out of their communi­ties and into institutions or non-Indigenous families. In 2004, there were more Indigenous children in the child welfare system than there were in residential schools in the 1940s, at the height of residential school policy. More recently, despite Indigenous children only accounting for approximately 8 per cent of the population under 14 years of age, they make up 52 per cent or more of those in foster care. Interventions like this further perpet­uate assimilation as Indigenous children become disconnected from their communities and ways of life. However, there is a finality to the practice of sterilization. The break that comes from robbing Indigenous women of the ability to reproduce cannot be undone, and effectively terminates the legal line of descendants able to claim treaty or Indigenous rights and title to land.

In this way, the coerced sterilization of Indigenous women allows the state to deny responsibility for and avoid doing something about the often deplorable social, economic and health conditions in most Indigenous communities, conditions that the Royal Commission on Aboriginal Peoples recognized as being a direct result of dispossession and colonialism. It is more cost-effective to limit the ability of Indigenous women to reproduce than it is to do what is required to improve the conditions into which children are born. When understood within this context, the coerced sterilization of Indigenous women can be viewed as an act of genocide, or an attempt to undermine the ability of a group to exist.