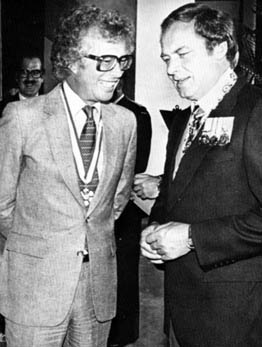 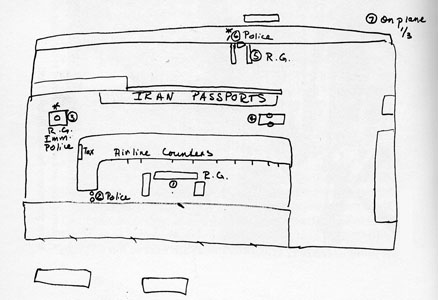 The revolution took a solid hold in early 1979, driving the American-backed Shah from his royal perch. Taylor's embassy scurried to evacuate the 850 Canadian workers in Iran. It then settled down to wait out the chaos, while reporting back to the Canadian government on the rapid establishment of an Islamic republic. Meanwhile, it processed thousands of applications for visas from Iranians anxious to flee the country.

An angry band of Islamic militants stormed the United States Embassy on 5 November, grabbing more than 70 Americans as hostages. If they were to be freed, Khomeini demanded the return of the Shah, who was in a New York hospital, and of his ample bank accounts too.

There was one piece of good news buried in the gloom. Six Americans had escaped the militants' notice. Asking for the Canadian Embassy's help, they got it, instantly and with the full backing of Canadian Prime Minister Joe Clark and Foreign Affairs Minister Flora MacDonald. Two of the fugitives went to live with Taylor and his wife, Pat, in the ambassador's home; four took up residence with John and Zena Sheardown.

It was Sheardown, the top Canadian immigration official in Iran, whom the Americans first contacted. His response was "Hell, yes. Of course. Count on us." The cool and courageous Canadians even offered to take in any and all of Tehran's foreign correspondents should they get into trouble with the unpredictable revolutionaries.

Canada's American houseguests hoped for a quick end to their exile, but the days and weeks stretched on. Patience wore thin. Scrabble had its limits as a life's work.

More than that, there was danger. Taylor and the Americans knew that their secret was bound to pop out. When it did, the Iranian authorities would be right on the ambassador's doorstep.

Jean Pelletier, the Washington correspondent of the Montreal newspaper, La Presse, was the first to figure out what was happening. "The Canadians, he wrote later in a book on the subject, "were involved in some kind of sanctuary set-up in Tehran, and they were as skittery as barnyard cattle before an earthquake."

It was a career-making scoop, and Pelletier's managing editor wanted it in his newspaper right away. But Pelletier refused. "You can't just simply apply your principle of publish-and-be-damned to each and every situation, he told his boss, "regardless of circumstance."

Others might not be so scrupulous. An escape had to be engineered. Tehran's Mehrabad Airport was carefully scouted. Canadian passports and identity documents were arranged for the six Americans. Canadian Embassy staff, in small groups, quietly returned home.

On 27 January, 1980, Canada's American guests navigated their way nervously through the airport and onto an early morning flight to Frankfurt. Later that day, Taylor and the remaining Canadians shut the Embassy down and left Iran.

Pelletier could finally break his story. News of the "Canadian Caper" was quickly everywhere. With his wild head of hair, broad smile, stylish suits and taste for high living, Ken Taylor was perfectly cast for the role of the rakish mastermind of a daring plot.

Sheardown also received some of the credit, but not nearly as much as he deserved.

Nor was it revealed at the time, because it would have put the hostages in peril, that the US Central Intelligence Agency (CIA) had slipped into Iran to arrange with the Canadians the removal of the six from Iran. With the help of real-life Hollywood figures, the CIA had cooked up a scheme in which the six embassy staff were to pose as members of a film crew, scouting locations for a Hollywood science fiction movie called Argo. Who else but film makers, the CIA's planners figured, would go to Iran in the midst of a revolution? (The CIA's role only became public in 1997 when it broke its silence on the matter, wrongly relegating Taylor and the Canadians to a minor role in the caper.)

Prior to 1997, however, the United States only celebrated Canada and Taylor. "Thank You, Canada" signs proliferated, letters of gratitude poured into Ottawa, and the U.S. Congress struck a gold medal in the ambassador's honor. Never had there been an explosion of pro-Canada sentiment like this in Washington.

It was a happy interlude, a reminder of all that North Americans held in common, but it could not last. The two governments were soon locked in bitter battles over energy, the environment and foreign policy, leading commentators to fret that the differences between Canada and the United States were deep and worrying.

Business as usual, in other words. 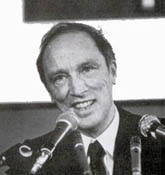