Unlike citizens of other countries whose remembrance of the “the war to end all wars” is one of profound loss and mourning, the majority of Canadians, attempting to find meaning in the war, funnelled their loss into the construction of a national identity. This view, held by many historians, writers, and the general public, posits that Canada matured as a country in the crucible of war: that Canadian ingenuity, fighting spirit, and sacrifice enabled Canadians to demand a stronger, more authoritative voice in the war and world affairs. In some ways this is correct. Wartime achievements contributed to the Statute of Westminster, which gave Canada independence within the Commonwealth. On the other hand, a century’s worth of Canadian literature suggests a more complicated view of the war. Authors have addressed topics as wide-ranging as violence, pacifism, patriotism, changing gender roles, the construction of history, and the relationship between the First World War and Canadian identity.

The interest in creating a stronger Canadian identity, shared by some writers of the First World War era, was not wholly at odds with pre-war literature. Edwardian writers were riding on the highs of economic success, a rising population, territorial expansion, technological advancements, and confidence in the nation—which they hoped would become self-sufficient, while retaining its British characteristics. Much writing about the First World War reinforced Canada’s British-based identity. This is not surprising, considering Canada’s involvement in the war was a result of its affiliation with the British Empire. In fact, the majority of volunteers were British-born, and although some people of colour tried to enlist, they were barred from doing so. This exclusionary stance manifested most overtly in a flurry of propagandistic fiction that relied on chivalric portrayals of heroic soldiers and stereotyped enemies. 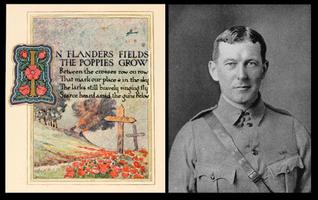 The Anglo-Canadian literary response to the war was often more nuanced than this propaganda: writers had to account for the horrors of war, which included over 60,000 Canadians fatalities. This reality resulted in the emergence of modernist writing in Canada. It also prompted reflections on national identity. Writing such as F.G. Scott’s The Great War As I Saw It (1922), Charles G. D. Roberts’s The Vagrant of Time (1927), Lucy Maud Montgomery’s Rilla of Ingleside (1921), and John McCrae’s “In Flanders Fields” (1915) recognized, to varying degrees, the pain and suffering caused by the war, while emphasizing that ultimately the war allowed Canada to create its own sense of self.

Each of these authors, in their different ways, suggests that Canada attained a kind of “adulthood” through its participation in the conflict. Robert Service, in Rhymes of a Red Cross Man (1916), and Edgar W. McInnis, in Poems Written at “the Front” (1918), wrote about the war’s atrocities. Aleta Day (1919), by Francis Marion Beynon, draws on her life as a pacifist, feminist, and social reformer. Unlike Beynon, who opposed the war, the feminist Jessie Georgina Sime’s short story “Munitions!” (1919) considers the liberating effects of women’s entrance into the workforce, made possible by the war. Generals Die in Bed (1930), written by the American-born and Montréal-raised Charles Yale Harrison, reflects a more European sense of the futility of the war. God’s Sparrows (1937) by Philip Child is a novel that is gripped with the notion of an emergent Canadian national identity; ultimately, however, it concludes that such debates are pointless when faced with life in the trenches.

The approaches to the First World War within French Canadian literature and culture were far more isolationist. While many Quebecers fought in the war, the majority, under the leadership of Henri Bourassa, identified with neither Britain nor France and saw the war as a European affair that had little to do with Canada. The conscription crisis of 1917 highlighted the split between French and English Canadians. The most popular novel of 1916 was Louis Hemon’s Maria Chapdelaine, a pastoral celebrating traditional French Canadian values. Literature that did address the war, such as the novel Trente Arpents (1938) by Ringuet (See Phillipe Panneton), tended to use the First World War as a way to illustrate the differences and antagonisms existing between French and English Canada.

Newfoundland, as a separate Dominion in 1914, had a very different wartime experience than Canada. While Newfoundlanders enthusiastically entered the war as proud British colonists, the war's legacy is seen not as one of nation-building, like in English Canada, but as a loss of nationhood. The devastating loss of life suffered by the First Newfoundland Regiment (the famed “Blue Puttees”) at Beaumont-Hamel, part of the Battle of the Somme, is the touchstone for the Newfoundland experience. This appalling tragedy, combined with the financial cost of the war, led to a series of crises that ultimately ended with Newfoundland’s Confederation with Canada in 1949 (see Newfoundland Bill). This loss of nationhood is underlined for Newfoundlanders by the fact that 1 July is both Canada Day and Commemoration Day, the anniversary of the battle at Beaumont-Hamel.

Newfoundland’s wartime experience is explored in E. J. Pratt’s Newfoundland Verse (1923), Francis “Mayo” Lind’s The Letters of Mayo Lind (2001), A.J. Stacey’s Memoirs of a Blue Puttee (2002), and Owen Steele'sLieutenant Owen William Steeleof the Newfoundland Regiment (2002). Reflecting on personal experience and writing letters home to his family, Michael Winter’s Into the Blizzard: Walking the Fields of the Newfoundland Dead (2014) shares generic and narrative similarities with those who wrote about their experience in the war. Yet Winter’s highly personal and meandering reflection on the war occurred a century after its onset. Despite his engagement with archival material and his journey to cemeteries, battlefields, and museums in Europe, his understanding of the Newfoundland Regiment remains obscured. Unsatisfied with monuments and re-enactments, and always attempting to relate the Great War to recent conflicts, Winter provides a wide-ranging meditation on a war that becomes harder to know with every passing year, but one that may still have something to offer the contemporary world.

Books such as Hugh MacLennan’s Barometer Rising (1941), which attends to the 1917 Halifax explosion, G. Herbert Sallans’s Governor General’s Award-winning Little Man (1942), Will R. Bird’s memoir Ghosts Have Warm Hands (1968), and Robertson Davies’s Fifth Business (1970) dealt with the First World War, but it was Timothy Findley’s The Wars (1977) that spurred Canadian writers and critics to reassess Canada’s role in the conflict. While The Wars shares conventions with earlier First World War novels, by emphasizing violent battles and wartime love interests, it is best known for its narrator’s search for material on a soldier’s experience. For Findley, remembering the war is less important than reflecting on how one remembers the war. Drawing attention to how history is manufactured has become an important concern in Canadian First World War literature since Findley’s novel.

John MacLachlan Gray and Eric Peterson’s musical Billy Bishop Goes to War (1981), also considers the different ways the war might be remembered. The play centres on Billy Bishop as he recounts his exploits as a fighter pilot. While his story is straightforward at first, it quickly becomes quite complex. For Bishop, the war produces a series of contradictions, which prompts the audience to consider whether Bishop was a romantic hero or a modern-day murderer, a colonial subject or a Canadian fighter. The possibility of Bishop carrying more than one label at once may be uncomfortable, but it is perhaps more historically accurate. Other plays about WWI include Anne Chislett’s Quiet in the Land (1983), Wendy Lill’s The Fighting Days (1985), Colleen Wagner’s The Monument (1993), and Guy Vanderhaeghe’s Dancock’s Dance (1996). 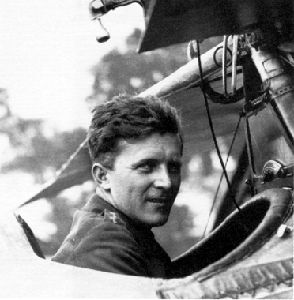 Bishop was the top-scoring Canadian and Imperial ace of WWI, credited with 72 victories (courtesy Library and Archives Canada/PA-1654).

Indigenous Perspectives on the War

The novel Three Day Road (2005), by Joseph Boyden, also considers how the war has been remembered by drawing attention to what has been forgotten. Indigenous soldiers such as Francis Pegahmagabow and Henry Norwest served with distinction, yet they have not been honoured as prominently as people like Billy Bishop. Boyden’s novel recovers the lesser-known history of Indigenous soldiers who fought in the First World War, by focusing on the exploits of two Cree snipers. The novel reintroduces Indigenous people and perspectives into First World War history, while also utilizing the time period to explore a particular moment in Cree-Canadian relations.

Brian Douglas Tennyson’s guide to Canadian writing on the First World War, The Canadian Experience of the Great War: A Guide to Memoirs (2013), indexes over 1,800 pieces of published writing (including memoirs, diaries, letters, and fiction) penned by those who served in the war. Tennyson’s monumental collection is a reminder that the First World War generated an abundance of writing, much of which has not been widely read. Certainly, Canadian writers’ longstanding preoccupation with the First World War suggests that the war is an important topic of consideration in its own right and an event that allows for meaningful contemplation on topics such as historical inquiry, national identity, imperialism, gender, and — not least of all — violence.