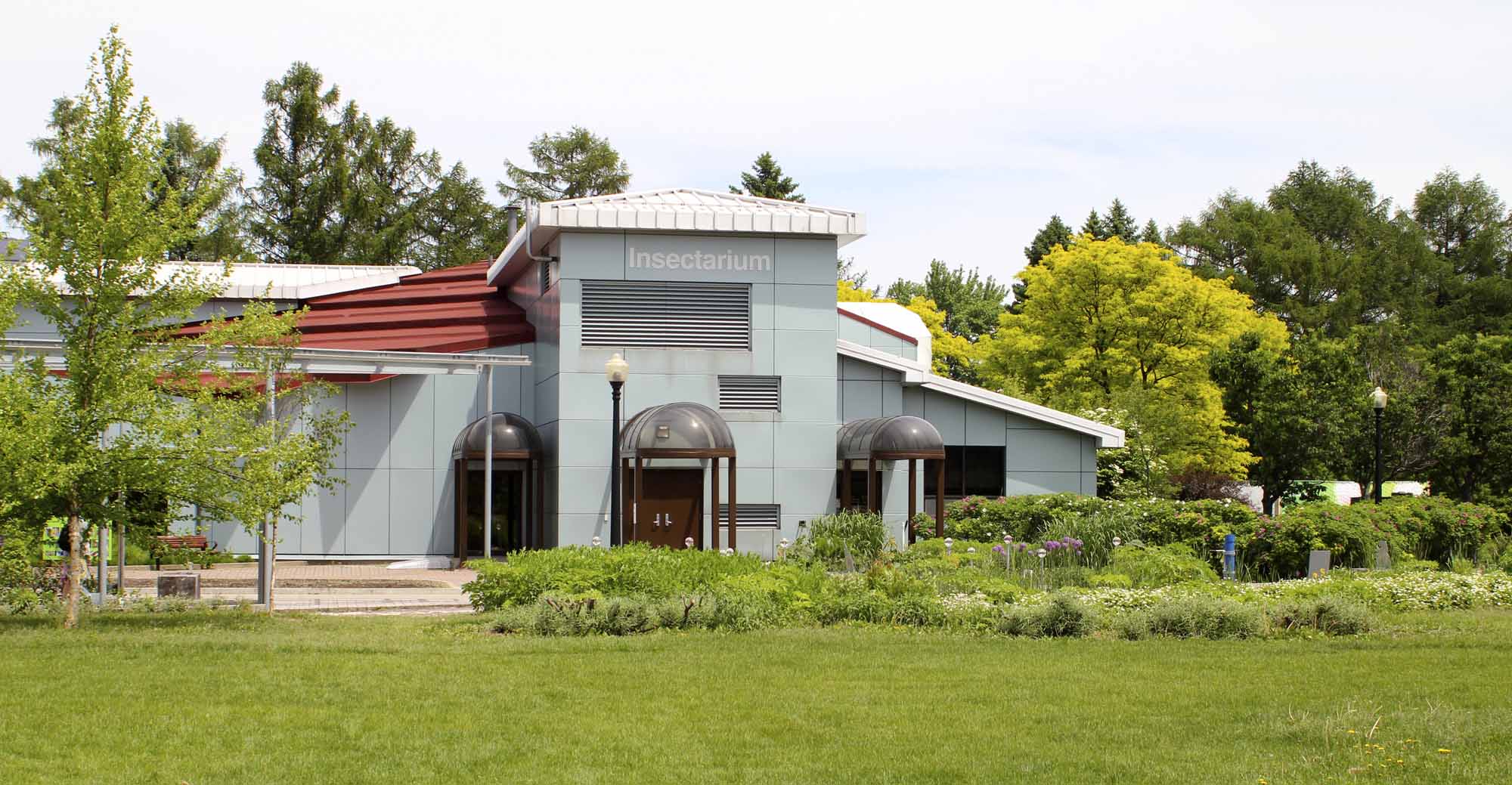 Jean Drapeau oversaw many grand projects as mayor of Montréal, including the Olympic Games and Expo 67 (Canapress). 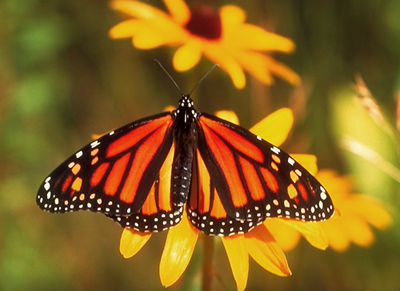 An adult monarch butterfly emerges from the pupal skin. It takes 10 to 20 minutes for the wings to spread, dry and stiffen (photo by Bill Ivy). 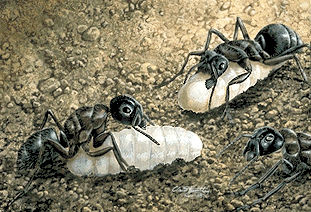 Ants are the most numerous insects. An estimated 12 000 species occur worldwide, about 186 in Canada (artwork by Claire Tremblay).
PreviousNext

Opened on 7 February 1990, the Montréal Insectarium is part of the “Space for Life” network, which includes Montréal’s Biodome, Planetarium and Botanical Garden. Not only is it considered the largest insectarium in America and one of the largest in the world, but it is also the only museum in North America devoted entirely to entomology.

The adventure began in 1985, when Georges Brossard, an experienced and passionate entomologist, met with Jean Drapeau, the then mayor of Montréal, in the hope of convincing him to establish an insectarium in Montréal. This was followed by an important meeting with the director of the Montréal Botanical Garden, Pierre Bourque. Subsequently, Brossard invited Bourque to admire his collection of insects, which he kept in his basement for lack of exhibit space. From that moment on, the ambitious idea of creating an insectarium started to take shape in the minds of the two men. The first exhibition, The World’s Most Beautiful Insects, was held at the Botanical Garden and showcased the most beautiful specimens from Brossard’s collection. The public’s response was so enthusiastic that the two men decided to develop their project further.

From 1986 to 1988, they worked to convince government authorities that their idea was worthwhile. In 1987, a fundraising campaign brought in $600,000. That same year, Georges Brossard donated his vast collection of more than 250,000 insects from over 100 different countries to the City of Montréal. After visits to insectariums in Tama and Hiroshima, government representatives no longer questioned the value of having an insectarium in Montréal. Thanks to a donation from Brother Firmin Laliberté, the collection grew by 100,000 new specimens.

In 1989, construction began onsite at the Botanical Garden, and in 1990, the Montréal Insectarium opened its doors.

From 1991 to 1999, the insectarium increased its programming with the intent of demystifying the world of insects and educating the general public (Insect Tastings, Butterflies Go Free, The Travel Diaries of Georges Brossard). The insect collections expanded over the years, and even an outdoor insect aviary was added. Since 1994, the insectarium has organized Monarch Odyssey, an annual activity that involves tagging and releasing 400 monarch butterflies raised in captivity. Every September, members of the public are invited to watch the release, and schools can participate in the Monarchs Without Borders program by raising monarch caterpillars in their classrooms.

By the year 2000 — the insectarium’s 10th anniversary — the relatively new institution had already achieved international renown for the expertise of its team. The insectarium undertook collaborations with a number of universities (including the University of Kansas, in the US, for the Monarch Watch project) and with the Muséum national d'Histoire naturelle in Paris. In 2001, the insectarium launched an online entomological reference directory for the general public called La Toile des insectes du Québec (The Québec Insect Web).

Following their successes, insectarium officials began a massive renovation project in 2009, upgrading the facilities and the permanent exhibition. In July 2011, the insectarium reopened to the public and introduced a brand new permanent exhibition, We Are the Insects, which presents insects in a new light, showcasing themes such as insect food, self-defence mechanisms, reproduction and adaptability. Another exhibition features Atta, or leafcutter ants. These insects carry out their gardening activities right before visitors’ eyes.

The insectarium displays over 3,000 “naturalized” specimens and over 100 living specimens. A new permanent greenhouse will be added to the existing building as part of the Metamorphosis project. This addition, which will hold living specimens, is scheduled to open in 2017.

In addition to preserving the world’s entomological heritage through its collections of naturalized and living specimens, the Montréal Insectarium promotes public awareness of the insect world through a variety of exhibits, dynamic facilitators, travelling exhibitions and educational activities. Furthermore, by participating in various international programs, the insectarium helps to advance and disseminate scientific knowledge.

Proud of its expertise and educational work, the Montréal Insectarium is recognized worldwide as a leader in entomology.