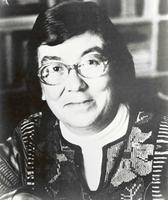 The Stone Angel, by Margaret Laurence (Toronto, London and New York, 1964), is the first of Laurence's "Manawaka" novels. Hagar Shipley relives her life by narrating memories as she battles to come to terms with herself before she dies. Hagar at 90 is a proud, powerful, tyrannical woman suffering the indignities of old age. The Stone Angel is shaped by the alternating rhythms of Hagar's voice, searching through her past and returning to her present condition; her widely ranging tones reveal the labyrinths of her pride. Hagar's character and voice are justly praised as Laurence's most inspired creations. As she tells her story, Hagar also looks back to Manawaka (a fictionalized small town that Laurence has placed in Manitoba), recalling and recreating the effects of the town's constricting mores and her own family's position in the rigid hierarchy of Manawaka's deeply puritan society. Many readers find Hagar to be a rich fictional composite of actual women's lives in small towns on the Prairies. The Stone Angel has been translated into French, as L'Ange de pierre (Montréal, 1976), and into German.

Selected Works of
The Stone Angel 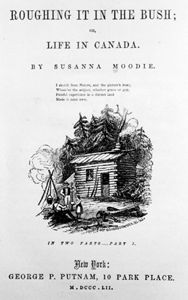 Roughing It in The Bush