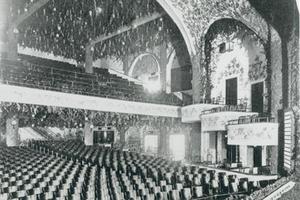 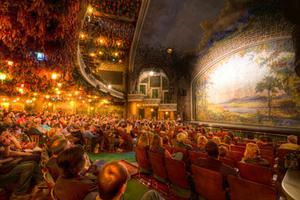 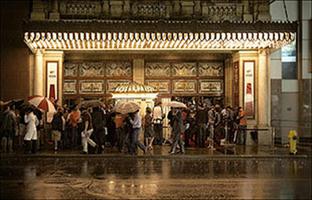 If Toronto has had a King Tut moment of discovery, it was the unsealing of the Winter Garden after more than 50 years. The theatre, which opened 7 storeys above the larger Elgin (originally Loew's Yonge Street) Theatre in 1914, is a botanical fantasy designed to resemble a rooftop garden in full bloom. With the decline of vaudeville, it closed in 1928 although the Elgin continued as a movie house. It remained shut until the Ontario Heritage Trust bought the dilapidated double-decker theatre building in 1981.

Designed by Thomas Lamb and built in 1913, the Elgin and Winter Garden complex was the Canadian flagship of Marcus Loew's theatre chain. The walls of the Winter Garden were hand-painted with garden scenes, its columns disguised as tree trunks, and its ceiling and balcony soffit hung with a stunning combination of real beech leaves, cotton blossoms and garden lanterns.

For its restoration, which began in 1987, more than 5000 real beech branches were harvested, preserved, painted and painstakingly woven into wire grids suspended from the theatre's ceiling. The walls were cleaned using hundreds of pounds of bread dough to avoid damaging the original hand-painted watercolour artwork.

In 1989, the Elgin and Winter Garden Theatre Centre reopened as one of Canada's finest live theatre complexes. This is the only double-decker complex still operating in the world. 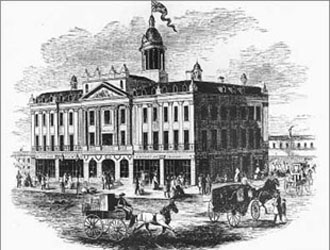