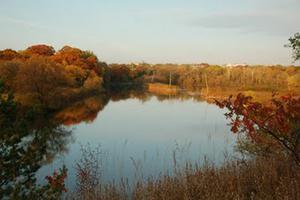 The great egret, a common sight in the Humber Marshes area (photo The Canadian Encyclopedia). 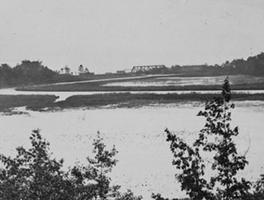 Toronto's watersheds all share a basic form, as their headwaters arise along the Oak Ridges moraine to the north, a 12 000-year old remnant of the last Ice Age that is the source of 65 major streams or rivers. These waterways flow south over the glacial Lake Iroquois shoreline bluff towards present-day Lake Ontario, creating wetlands in the lower regions. The original character of these rivers and extensive wetlands has been severely obscured by agricultural and urban development. It is estimated that 90% of Toronto's wetlands have been lost to infilling and dredging since the time of European settlement.

One of the most important wetlands in Toronto is along the Lower Humber River floodplain, with its marshes and swamps, extending from the river mouth to Dundas Street. In pre-European times the marsh's wide range of plants, fish, waterfowl and mammals made it a vital seasonal hunting, fishing and gathering site for First Nations.

Although significantly reduced in area, the remnants of the Humber Marshes have stubbornly survived pollution, landfill, residential development, a golf course (now gone) and the construction of the adjacent Humber Wastewater Treatment Plant. The catastrophic flooding that followed the torrents of Hurricane Hazel in 1954 dramatically illustrated the need to stop the destruction of the Humber Marshes. Much of the floodplain was taken into public ownership and is being nurtured as parkland today. In recognition of the Humber River's rich human history, it was declared a Canadian Heritage River in 1999. 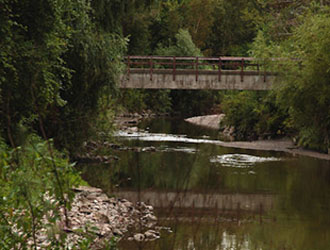