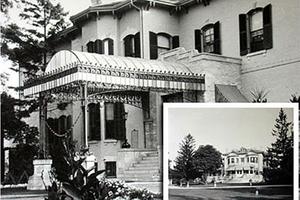 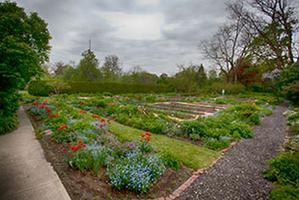 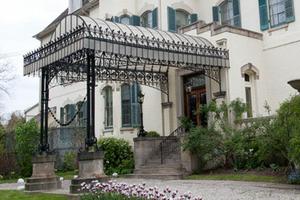 A house called "Spadina" has stood on this site since 1818. The present mansion was built in 1866 for wealthy banker James Austin. For five generations it remained in the family, undergoing changes of design and decoration as time passed and styles evolved. When the last Austin owner, Anne Kathleen Thompson, transferred ownership to the city and province in 1978, it became one of Toronto's historic museums. In 2010, it was meticulously refurbished to reflect life in the buoyant 1920s and the bleak 1930s, and was re-opened to the public.

The remodeling added scrupulously researched reproductions to the original family artifacts. Wallpapers were copied from original patterns and produced using traditional woodblock techniques and 1920s-style linoleum was recreated for the kitchen and baths. Reproduced clothing hangs alongside actual vintage pieces in the closets.

The reproductions complement the Austin family art works, terracotta sculptures, lamps and furnishings that have been brought out from storage to show how a family of means lived during the tumultuous years between the wars in Toronto. Public programs in the museum demonstrate the impact of new technologies on life at the time, the development of social welfare during the 1930s, the growing influence of the media and women's changing roles.