The Officers' Quarters is the only building of Stanley Barracks left standing today (photo James Marsh).

With tensions between the United States and Great Britain continuing after the War of 1812 , the challenge posed by the Upper and Lower Canada Rebellions of 1837, and the deteriorated state of Fort York, the British knew they needed a new stronger and larger fortification in Toronto.

The "new" fort, built in 1840 and 1841, was located about a kilometre west of Fort York, in what is now Exhibition Place. British and Canadian troops trained at the New Fort, as did the North-West Mounted Police.

The British military left Canada in 1870. Under Canadian command, garrison lands were parcelled off to the city for new public institutions, such as the Provincial Lunatic Asylum (see Centre for Addiction and Mental Health). By 1878, the agricultural and industrial fair--the future Canadian National Exhibition--was growing around the New Fort on leased garrison land.

In 1893, the New Fort was renamed Stanley Barracks after Governor General Frederick Stanley (Lord Stanley) as he left the vice-regal position. Stanley Barracks was used as an internment camp for "enemy aliens" during the Great War [First World War], and for military purposes during both world wars. In the 1940s post war era, Stanley Barracks served to alleviate the housing shortage.

In 1951, the interests of a growing Canadian National Exhibition were favoured over those of the military, which was forced to move to other bases. All of Stanley Barracks was demolished with the exception of the one building, the Officers' Quarters, left standing today. 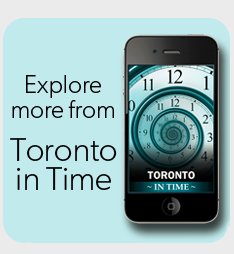