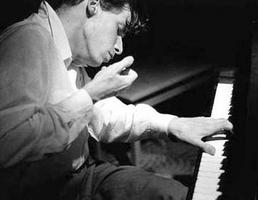 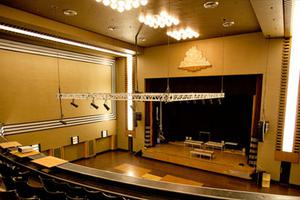 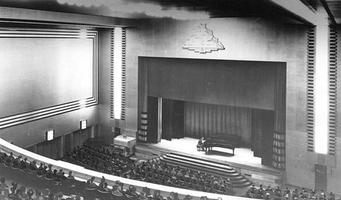 Glenn Gould made his professional debut on the piano at Eaton Auditorium (see the Carlu), at age 14. He played Beethoven, Chopin and other great composers with, the critics wrote, "genius as profound as their own."

Gould went on to astound the world with his playing, and the only other word than "genius" to characterize him was "eccentric." Sitting at the piano on a rickety, cut-down chair, he would sway rhythmically, hum, close his eyes in ecstasy, a free hand molding a musical sculpture in the air. Glenn Gould played with the same mystical communion whether he was alone at home or on the stage of the Moscow Conservatory. There, composer Dimitry Tolstoy declared "Gould was an alien on this Earth. People simply cannot play the piano like that!"

After a single "other worldly" concert in New York, Columbia Records signed him to a contract. His recording of Bach's Goldberg Variations catapulted him to worldwide fame. Gould quit the concert stage in 1964 to devote himself strictly to his recordings, many of which were made in this same auditorium. Since his premature death, on October 4, 1982, age 50, Gould's recordings have been the source of endless admiration. He was perhaps Toronto's, even Canada's, greatest musical genius.