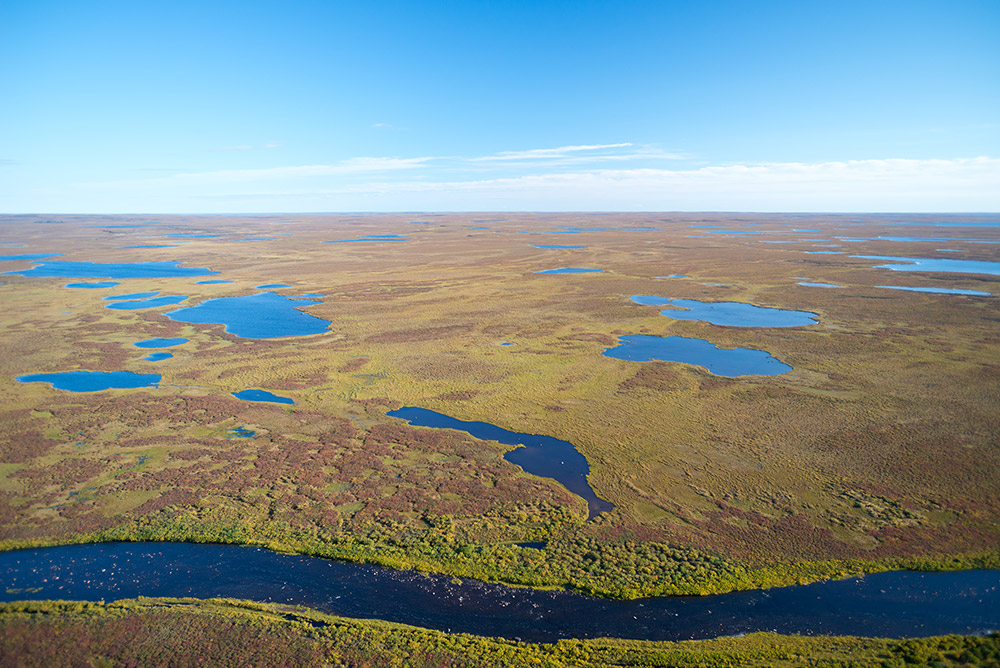 The sparse, treeless tundra of Nunavut.

Tundra in the Southern Arctic region of the Northwest Territories. 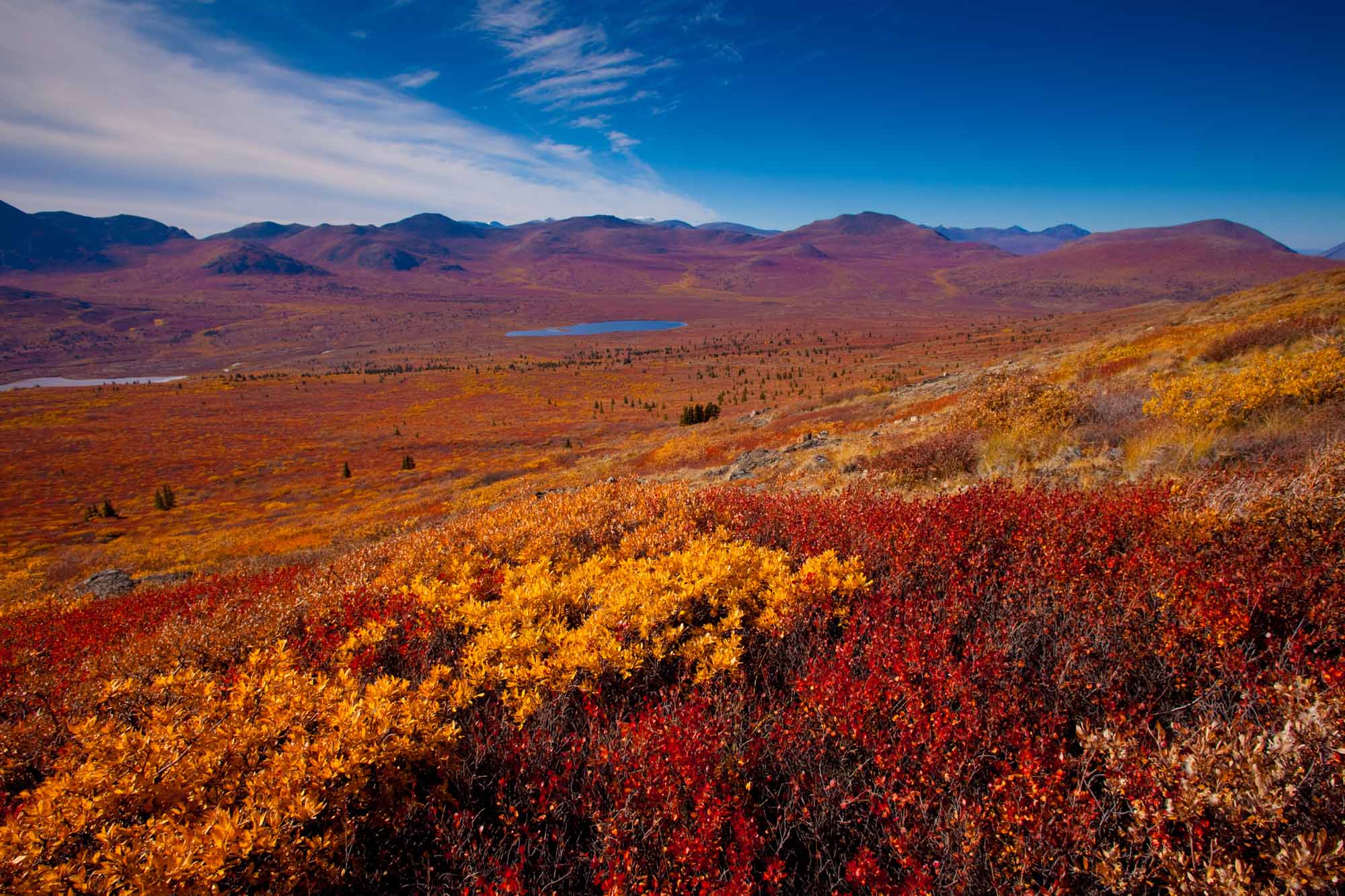 The tundra environment is largely dominated by permafrost. Except beneath some lakes and rivers, this frozen land can extend a few metres to about 1,500 metres below the surface. Tundra is also characterized by short summers with almost continuous daylight, long winters without sun (called “polar night”), and low annual precipitation that’s given the region the nickname “polar desert” (see also Arctic Circle). Strong winds and blizzards blanket the tundra in winter. Vegetation is patchy.

Tundra regions are found around the world. They stretch across Antarctica and the planet’s northern pole, skirting Canada, the United States, Greenland, Norway and Russia. Yet the tundra ecosystem can also be located in high-altitude regions of southern Chile, California’s Kings Canyon and the Himalayan mountain range.

An abundance of plants and animals live in the tundra’s cold temperatures — two percent of global flora and fauna. While that figure may sound small for such a large portion of the planet, species diversity among some tundra plants is higher than in warmer boreal and temperate ecosystems. Bacteria and fungi are also important components of the tundra ecosystem.

Tundra plants such as lichens, mosses, grasses and low shrubs are often perennial and have short reproductive cycles. Wind disperses their seeds rather effectively, though some species are capable of asexual reproduction. 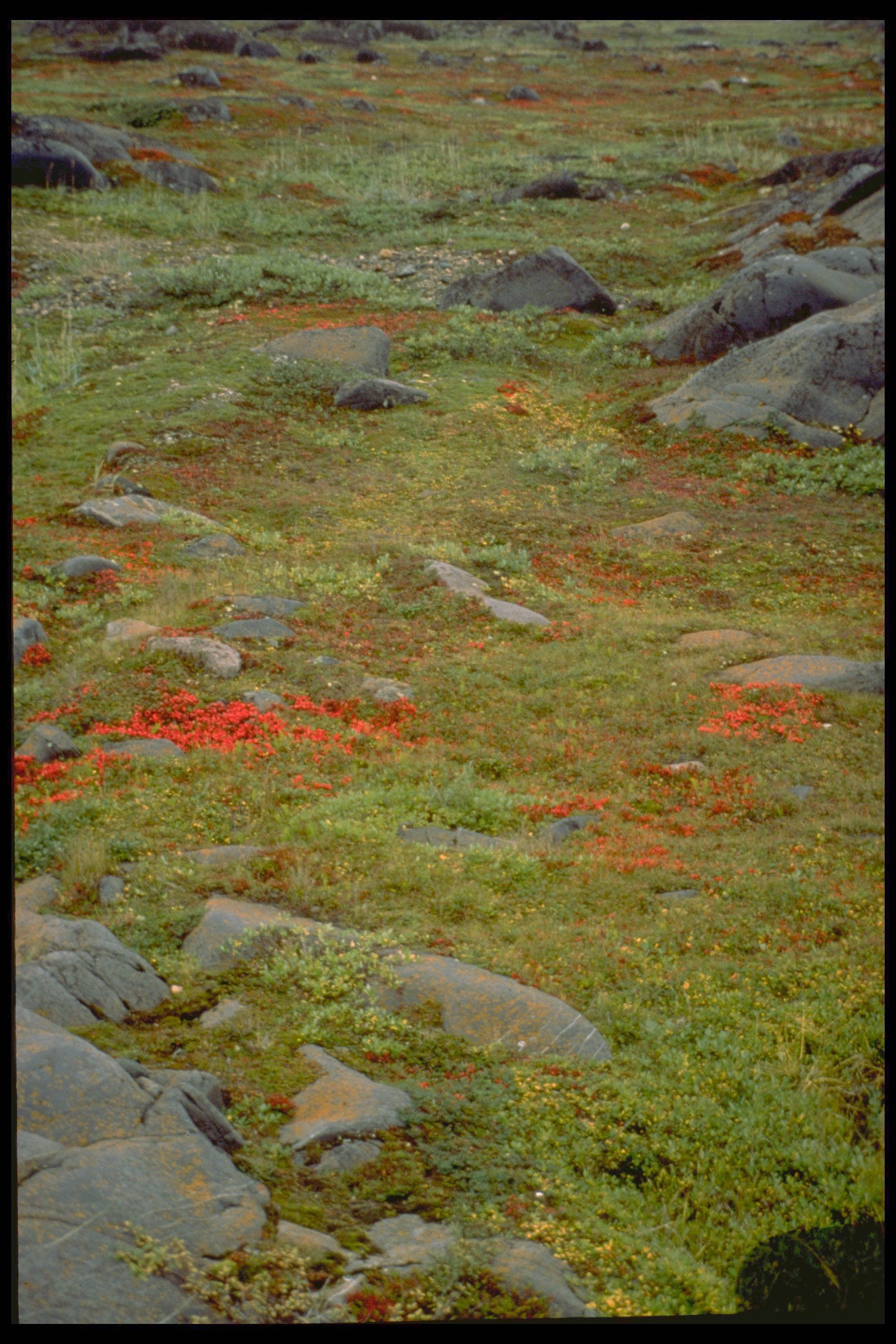 Hardy tundra plants have developed many ways of surviving. Their low stature exploits a more favourable microclimate near the ground, while small, leathery leaves help lock in moisture.

Many tundra mammals, birds and fish live there in summer, but migrate to warmer locations in search of food each autumn (see Arctic Animals). Not all abandon the region in winter (see Animals in Winter). Foxes, hares, polar bears, ringed seals and birds such as the long-tailed jaeger remain. 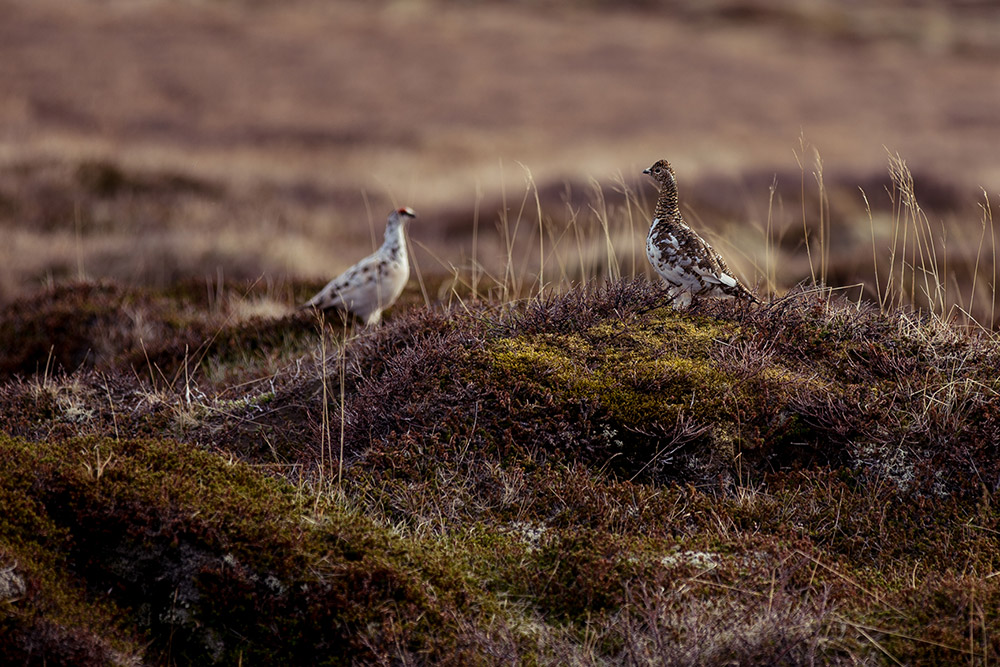 A male and female rock ptarmigan on the tundra. Photo taken on 18 May 2016. 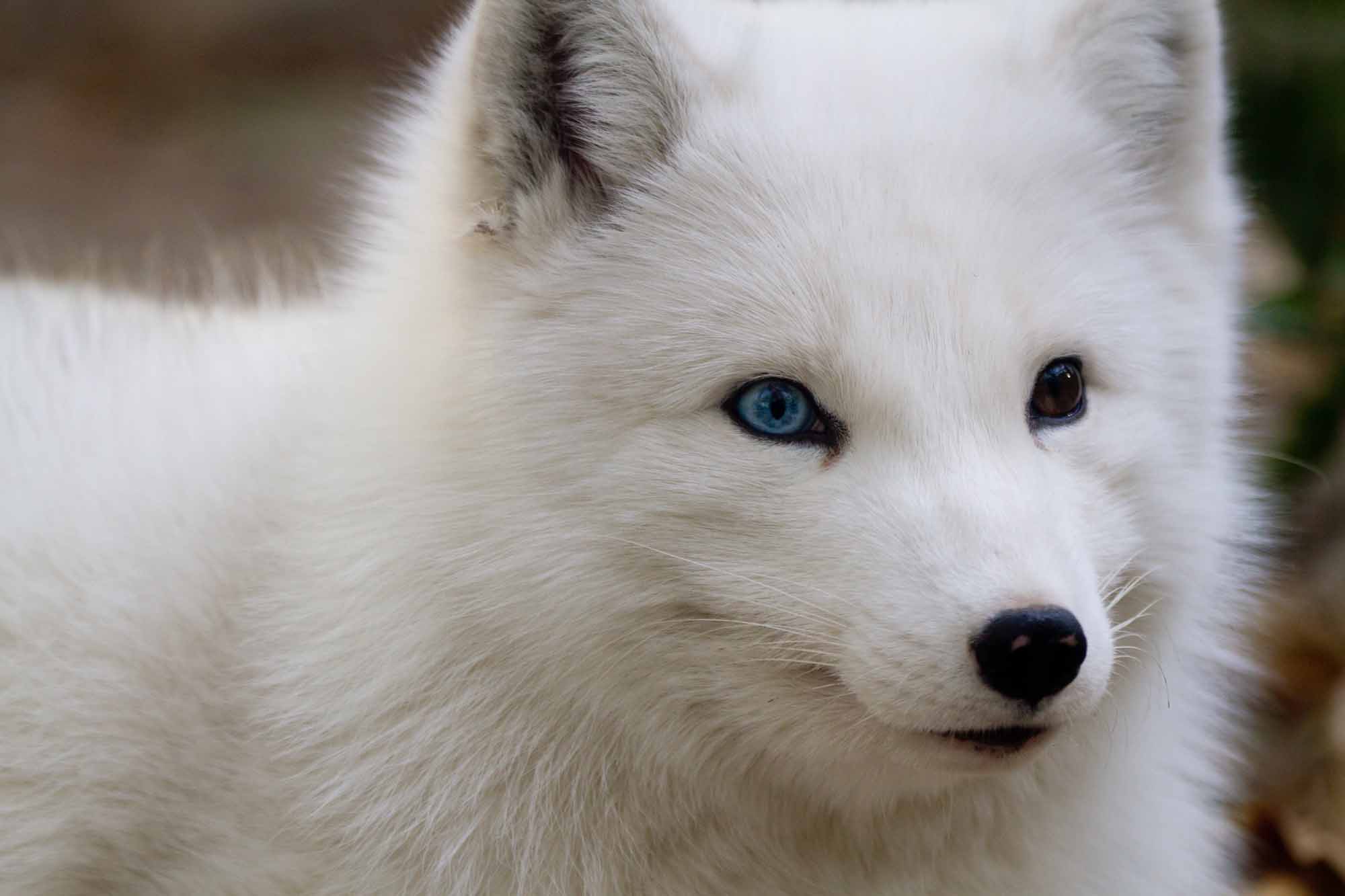 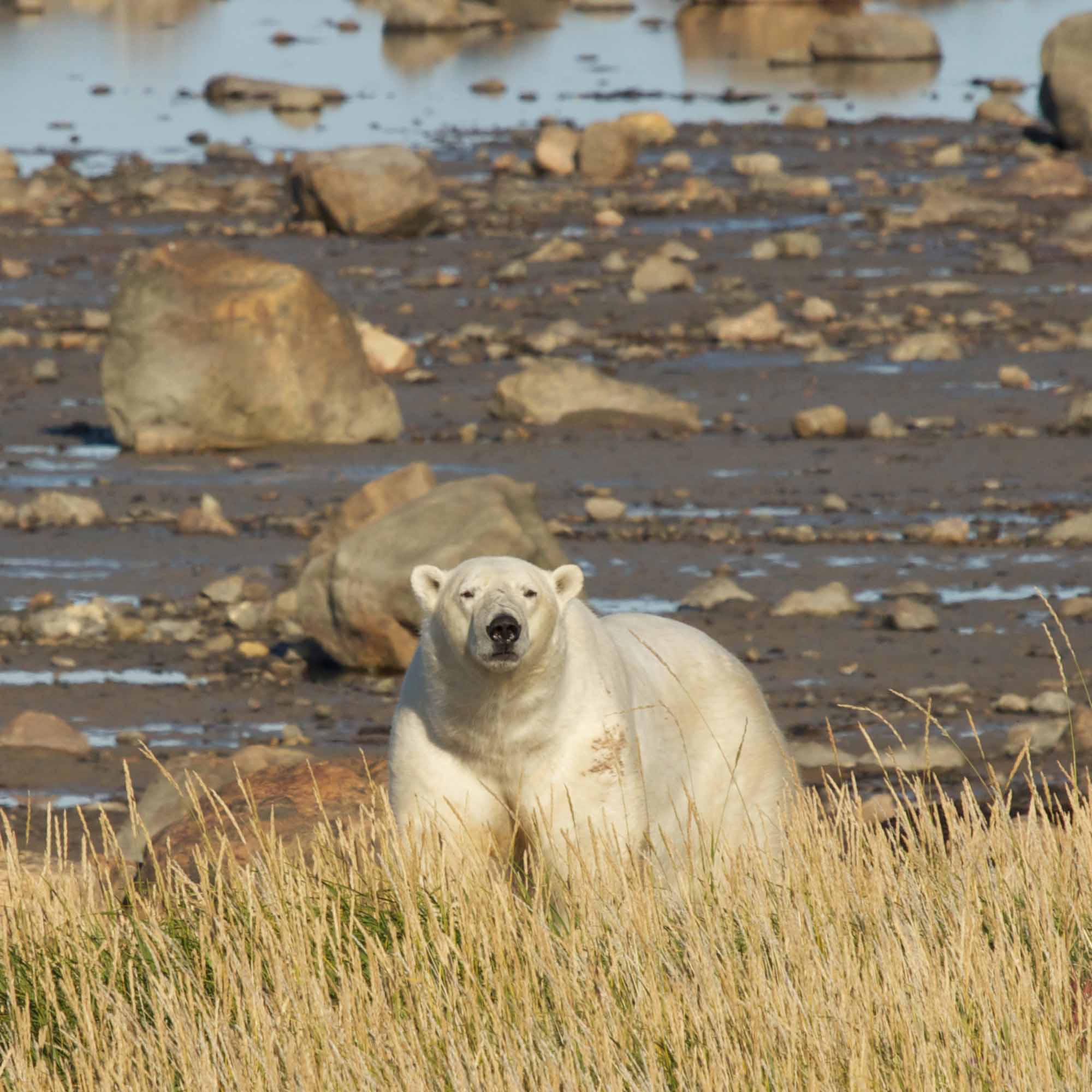 Taken together, more than 75 mammals, 240 bird species, 5 amphibians and 2 reptiles live in the tundra alongside 3,300 different kinds of arctic insects.

Humans have been living in North America’s tundra lands for roughly 14,000 years. The earliest hunter-gatherers crossed the Bering land bridge into present-day Alaska (see Beringia). Using sophisticated stone carved tools, they hunted large mammals and increased their population, spreading throughout the Arctic and the rest of the continent.

Earth's average surface temperature has risen by about 0.7\u00b0C since 1880.

Rising sea levels and a warming atmosphere threaten to reduce the size of Canada’s tundra. Rising temperatures are causing numerous tree and animal species to migrate north and into higher altitudes to find cooler climates. Such a scenario will put pressure on those living in the tundra to adapt to species once unfamiliar on the landscape. 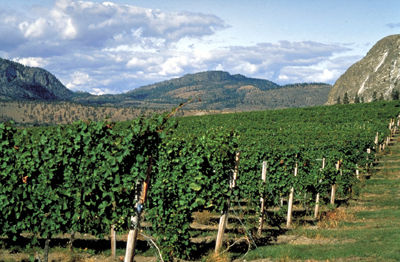